The Phantom Thieves are back! In what’s more of a glorified epilogue instead of a full-fledged sequel, Persona 5 Strikers takes us on another wild, heart-changing adventure throughout Japan. About a year has passed since our ragtag team saved the world from a malevolent god. Joker and Morgana return to Yongen-Jaya in Tokyo to visit their old friends for summer vacation. Coincidentally, a new change of heart epidemic has plagued the country, but this time targeting people’s Desires. New reports and incidents similar to last year’s phenomenon begin to occur, which naturally shines suspicion on Joker. Chaos imminent and with fate on the line, can Joker clear his name and save everyone once more?

If It Ain’t Broke…Still, Fix It?

Throughout the first handful of hours, it’s easy to notice the many narrative similarities between Strikers and Persona 5. In both games, there’s a nationwide brainwashing epidemic shielded by the false notion of being for the “greater good.” Joker and the Phantom Thieves once again travel to the Metaverse to battle Shadows and change the hearts of the evil Monarch rulers who preside over these Jails. Monarchs and Jails are synonymous with Palace rulers and Palaces from Persona 5. Similar to its predecessor, each Jail in Strikers affects someone on the team a bit more heavily. In addition from a general viewpoint, a few of the Monarchs display motives that go nearly hand-in-hand with a few Palace rulers, such as Ango Natsume to Ichiryusai Madarame and Mariko Hyodo to Masayoshi Shido.

The main difference between Monarchs and Palace rulers is their respective life journeys. Throughout each Monarch’s life, there was one singular traumatic experience that fueled their ambition to steal the Desires of the public. The concept of stealing one’s Desire is akin to changing their heart. The individual may not necessarily endure a mental or psychotic breakdown, but they would still become mindless drones. 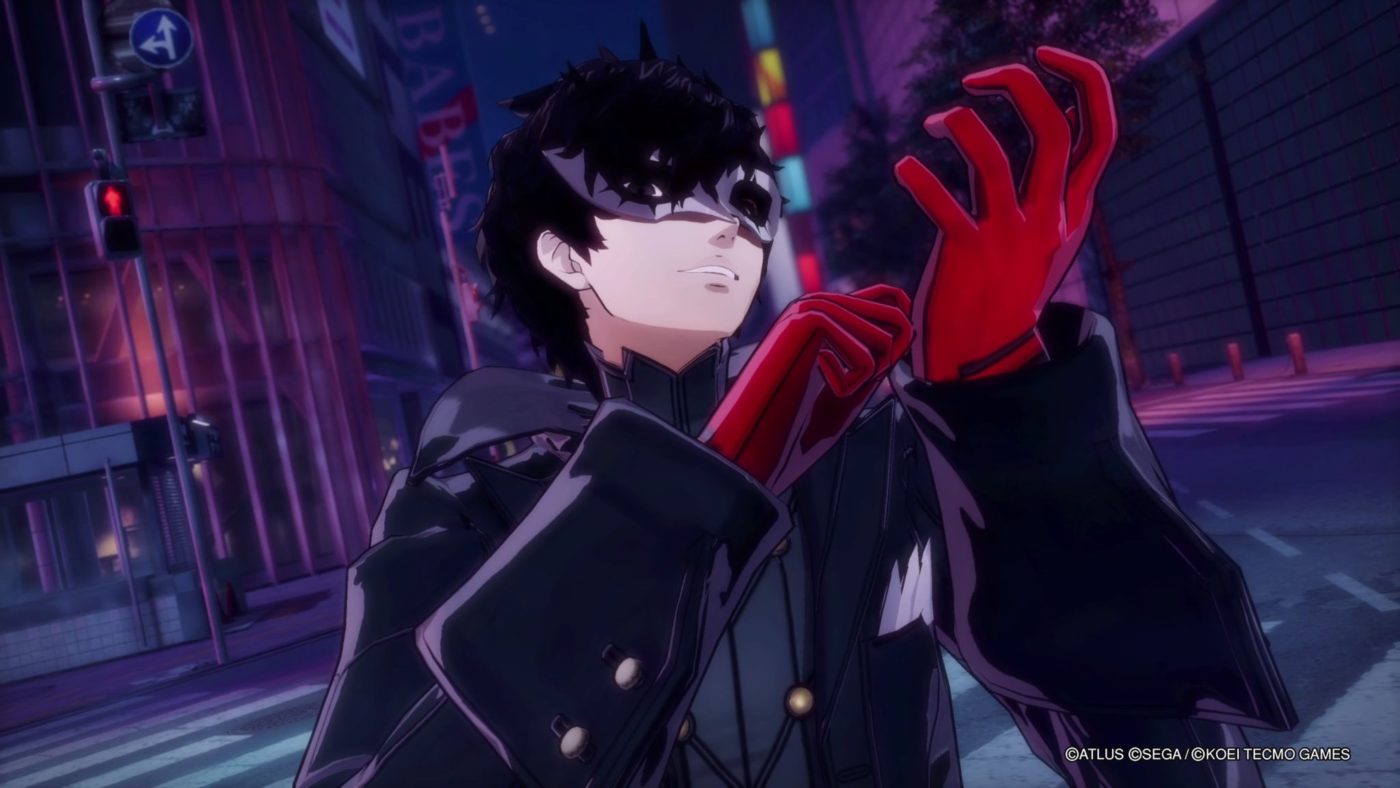 Fighting against corruption and injustice is a message that will always succeed and ring true in any sort of media, especially games, but Atlus missed an opportunity here. Understandably each iteration of Persona is a standalone experience, so it’s possible Atlus wanted to keep the overarching theme intact. However, Strikers feels too similar to its main entry counterpart. During the entire playthrough, it felt as if I’d already seen how this all played out before. It’s like those “copy your homework but change some words” memes. At a fundamental level, everything portrayed in Strikers has in some way, shape, or form already happened in Persona 5. I didn’t expect Strikers to re-invent the wheel narratively, but there was an opportunity to build upon the main iteration’s foundation. Joker and his friends are all loveable, charismatic, unique individuals that could’ve grown more this time around. Strikers does establish itself as a suitable branched-off side adventure but runs more parallel with Persona 5’s ideals than hoped for.

The ultra, mega, huge difference in Strikers lies in its redefined combat system. Putting turn-based combat in the rear-view mirror, Strikers implements a combat system that compares to Final Fantasy VII Remake. The combat system is a hybrid of real-time and turn-based, where the game will stop action while activating the player’s Persona abilities. Engaging with enemies remains the same, in addition to ambushing enemies to gain a strategic advantage. While I’d hoped Atlus would’ve tried to push the narrative boundaries, I’m disappointed the developer decided to adjust the combat system.

Generally speaking, how combat works in the world of Persona operates perfectly in a turn-based format. Having the ability to swap between different characters to capitalize on elemental weaknesses is an important key in any RPG. So while you still have the ability to switch between the four characters in your party, it’s strange that you are unable to switch with characters outside your standard four in the middle of battle. Managing SP (Spirit Points) is the one most important factor in winning battles, so wasting it on enemies that could be taken down much easier by someone outside your party is infuriating. However, if you fall in battle the game does allow you to change your party before attempting the battle again. That’s a nice function to have as a suitable alternative to in-battle adjustments.

Aside from the adjustment to the hybrid system, Strikers brings back both special moves in All Out and Show Time attacks. All Out attacks are activated when enemies are weakened by elemental attacks. Sometimes, enemies surrounding the targeted enemy in an All-Out attack will also receive damage. Show Time attacks are built up through the Baton Pass, switching between characters after weakening enemies or from the “One More” combat feature. One More occurs when a character in your party volunteers to fly in for another hit. Each character’s weapon- and Persona-type returns from Persona 5, so players of the base game won’t have to worry about learning new techniques.

The Velvet Room returns, but without its creepy master, Igor. Now, Lavenza has taken over ownership and will guide you on Persona fusions once again. It’s roughly the same system as before, except in Strikers you have the ability to purchase old Personas that have already been fused to execute additional fusions.

An essential mechanic in Persona 5 was managing Joker’s social time. Outside of fighting in the Metaverse, you were tasked with working part-time jobs, studying school work, and maybe even going on the occasional date. These activities were meant to increase Joker’s personal stats that would affect other areas in the game, such as Shadow fighting. In Strikers, all of that is condensed neatly into Bond skills. Bond skills range from increasing basic stats for both the Phantom Thieves and their personas to improving Joker’s lockpicking ability to open treasure chests. Unlike the mainline game, Strikers does not allow Joker to romance any of the characters or have any individual status with them. 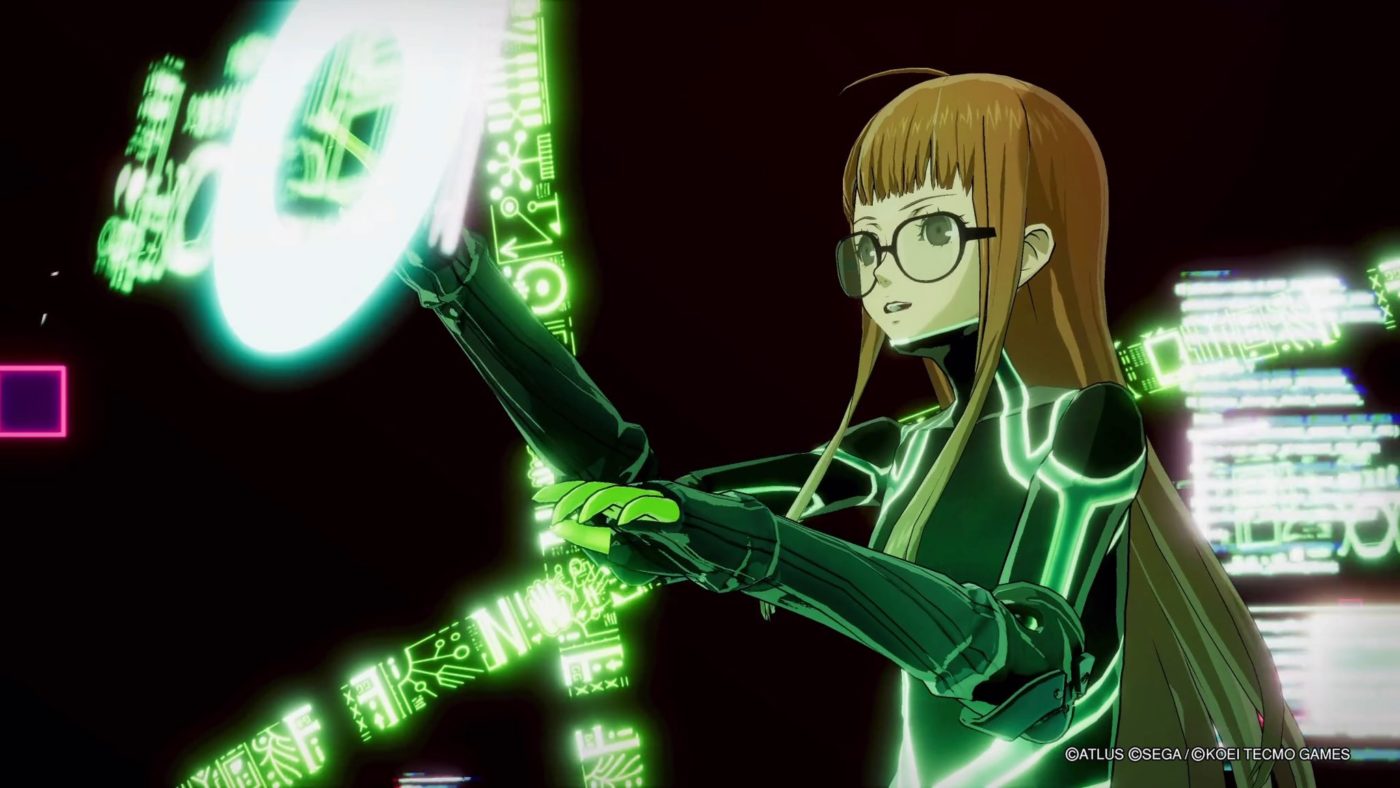 The absence of that social aspect of the game leaves a hollow feeling in Strikers. Juggling your time between interacting with your peers and battling Shadows made Persona 5 feel more complete. Strikers is essentially a more watered-down version, which to some might be a blessing so to focus more on basically being a superhero. There’s still some reward for exploring the various locations throughout Japan before infiltrating Jails, so take advantage of speaking with everyone.

One major benefit in Strikers is that time does not progress the same as it did in the mainline game either; meaning, you can hop in and out of the Jail to heal your party at will. This definitely comes in handy early in the game, because it’s easy to burn through SP battling Shadows. Joker does have the ability to cook food or coffee that restores HP and SP, but items used specifically for restoring SP are scarce throughout the entire game. There are checkpoints throughout the Jails that are used to teleport back to the real world, and then when you’re ready to jump back in you can pick up where you left off.

Overall, Strikers does everything it needed to do to succeed as a Persona 5 spin-off. While it doesn’t feel like a true sequel, it provides a tremendous amount of new content for fans of the Phantom Thieves. The adjustment in the combat system and the lack of socializing might satisfy some players, but those changes didn’t hit for me. Adjusting to real-time combat doesn’t take long, but more times than not the camera placement was the true enemy. Strikers provide a somewhat compelling story, albeit strikingly similar to the base game. Seeing the critical acclaim that Persona 5 received upon release, it makes sense that Atlus would want to replicate much from it, but it would’ve been nice to have something a bit more different. If this ends up being the last hurrah for the Phantom Thieves, Strikers is a suitable swan song for the vigilante group.

Persona 5 Strikers was purchased by the reviewer. Played on PS5 (PS4 version). You can read SP1st and MP1st’s review and scoring policy right here.