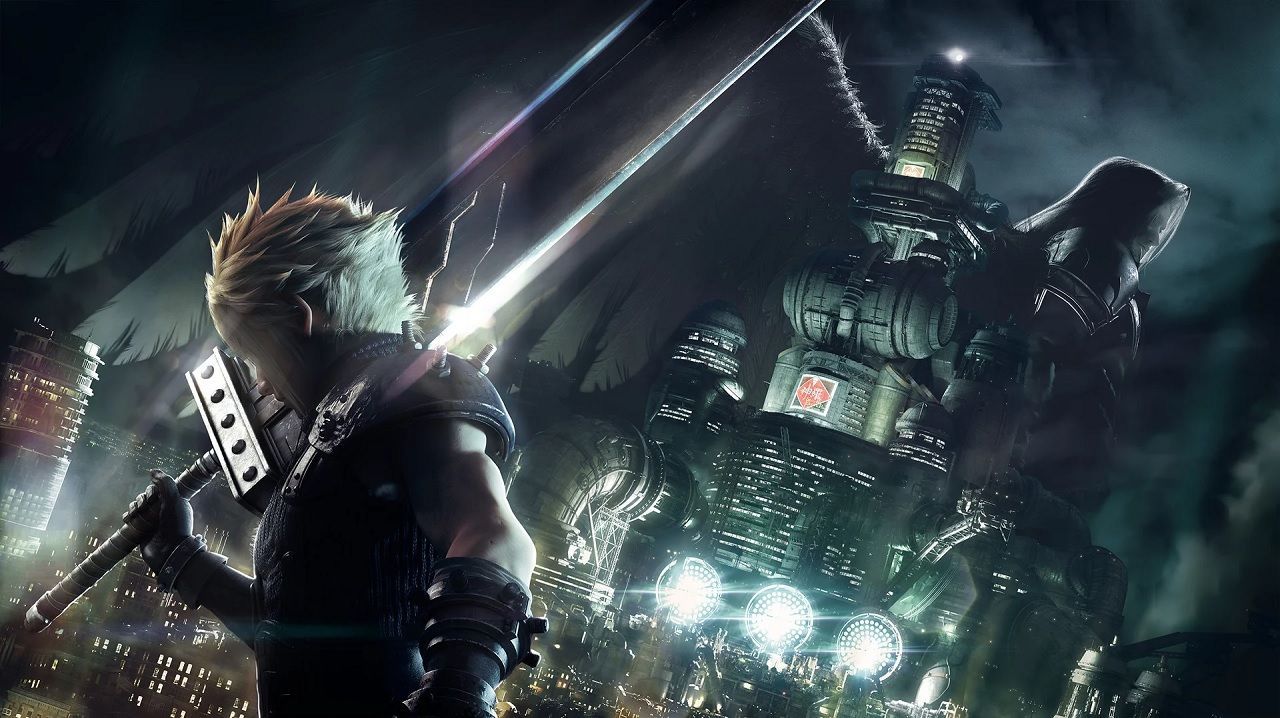 A Final Fantasy for Fans and First-Timers

Going into this remake, I was a bit worried about it deviating from the original game, as the gameplay was already doing just that. Seeing that Midgar in the original was only a few short hours long, it was hard to imagine that the team would somehow manage to pull a full game’s worth of story and content. But to my surprise, they have, and it’s fantastic.

Fans who grew up with the original release will be no stranger to the game’s central plot. You take the role of a now ex-soldier who’s been hired to help the eco-terrorist group known as Avalanche. Their goal? To stop Shinra, a money grubbing, evil corporation from sucking all of the planet’s life energy known as Mako. However, after successfully blowing up their first reactor, the public view for the group quickly goes sour as the aftermath of their action had dire consequences on the people living in the slums. People quickly come to fear the group, worrying that at any minute, they may strike and get caught in the crossfire.

Yet despite their radical actions, Shinra is every bit of evil that the group sees them for as the corporation seizes the opportunity to exploit the devastating event. So much so they’re willing to endanger the lesser citizens of Midgar for their own personal gains and blame it all on Avalanche. Still, it doesn’t deter Avalanche from their goal of uncovering Shinra’s true intentions and proving to the world that they’re not the shiny heroes everyone views them as.

For new players, the story is straightforward and told exceptionally well with its superb voice acting and stunning visual presentation. I can’t argue that there is a whole lot wrong with it (for new players) outside of the abundance of fetch quests. And I suppose it being linear is another, though it didn’t bother me since the story kept good pacing throughout.

As for the fans who played the original, let me just say give Final Fantasy 7 Remake a chance. From the moment we started it, to the moment we put our controller down for the ending, it was clear that the folks over at Square Enix did love making this title, instead of going for a cheap money grab.

Sure, it’s the first part in a larger picture, but that is precisely why you need to play it first to understand. I don’t like diving into spoilers, so I won’t say anything specific, but the Remake features a ton of new scenes that old-time fans will appreciate. It expands on characters that desperately needed more development before we saw them off, and while many may view that as filler, it is at least entertaining and lore building. I didn’t care much about the other cast of Avalanche (Wedge Biggs, Jessie) in the original, but by the time I finished the Remake, I couldn’t stop wanting more. I will say, as a warning to fans, go into this Remake with an open mind as its made clear why they simply didn’t call this “part 1” in the multi-part Remake.

Final Fantasy games have always boasted gorgeous cinematics that could rival even Pixar movies. There’s always been something special about them, even if the actual in-game visuals never looked anywhere close to them. Well, Final Fantasy 7 Remake attempts to blur those lines as much as possible, and being powered by the latest version of Unreal Engine, it does a pretty damn good job at it. We’ve seen some impressive-looking titles come out of this generation, but FF7 Remake pushes those limits when it comes to near CGI visuals for real-time gameplay.

Because the game doesn’t feature an open world, or dynamic day/night cycle, the team is able to control everything in the environment. This means that the gameplay shines in the best possible conditions, making it a wonderful piece of art to see in motion. They’re able to push for more particles, produce better lighting, and apply even higher details in moments that matter the most. Scene transitions from cutscene to gameplay seamlessly with little to no visual differences. It is without question the best looking Final Fantasy game to date.

This goes without saying that the Remake does suffer from visual inconsistency. For as highly as detailed scenes may come off, there are odd textures (or lack of) on random objects that felt distracting. For example, in one scene where Cloud is talking to Tifa, there was a door behind Cloud that looked extremely blurry. We expected that the textures would eventually load in, but they never did. This was the same throughout many other segments, leading us to believe this issue was a design choice rather than a technical bug.

And it’s a shame, because of how good the game looks, it was easy to get distracted by some PS1-like objects. It was jarring, and once we noticed we couldn’t stop noticing. Some areas had it worse, where the only thing that looked good was the character themselves. We hope this is something that Square Enix can eventually fix via patching, though chances are you’ll need to wait for the PC version, and/or next-gen if there is one.

A small note I’d like to include is that some background renderings appeared as PNG images while others were in full 3D. We aren’t sure if they opted to go with the PNG backgrounds as some sort of “nostalgic” callback to the original backgrounds, but for me personally, I kind of liked them.

Combat Made for Today

I would have loved it if this remake had the turn-based combat from the original. I didn’t have an issue with it back then, and I don’t see why it would be one today. That being said, the overhaul gameplay is, in a word, incredible.

From the moment we first started, we knew this was going to be one fantastic experience as the combat was so simple, yet deep enough to supply some worthy challenges. It plays like a hack-and-slash with its fast movements, yet the ATB (Active Time Battle) bar gives you the feel of a classic Final Fantasy game. The last two main entries (13, 15) had similar combat, though we found them to be far more automated to the point of feeling removed. There was nothing more dissatisfying about them than being able to push or hold a single button and let it play itself.

Remake ensures that you are always in the driver seat, allowing you to perform every action and possible combo you can think of. You can even take control of any additional party members, adding even more style to the combat.

Of course, it wouldn’t be a Final Fantasy game if it didn’t feature any RPG elements. There’s a leveling system that increases health amongst other stats, but weapons themselves can also be upgraded and slotted with different Materia. Similar to the original, Materia consists of various spells, summoning, and other battle abilities, all of which level up from the more time they’re used. I found some interesting combinations of weapons and Materia that made the system worth exploring, even more so after realizing every character can be slotted with them.

As for summons, they’re a bit different from past titles as they act as an additional non-controllable party member during combat. Don’t worry either as they still have their flashy cinematic finishers that fans have come to love throughout the decades. As for how the game handles leveling, assuming you are playing at a reasonable pace, you’ll never really be outmatched as typically the level corresponds with current progress. This, however, doesn’t hold entirely true with Hard mode. If you find easy to be too easy (duh) and normal not to be challenging enough, the game does offer a far more difficult option, though it’s only after you have beaten the game. It is definitely worth another playthrough if you want something that’ll offer a challenge.

Full Game, Despite Being the First Part

I went into this Remake expecting it to not hold up to the original and ended up being completely wrong. Final Fantasy 7 Remake excels in every expectation that I had, making this one of the best Final Fantasy games to date. It may not be the Remake that many had hoped for, but rest assured it is still Final Fantasy 7 in every other way. This will be sitting alongside other classics in the years to come, and we look forward to seeing where the journey ends.