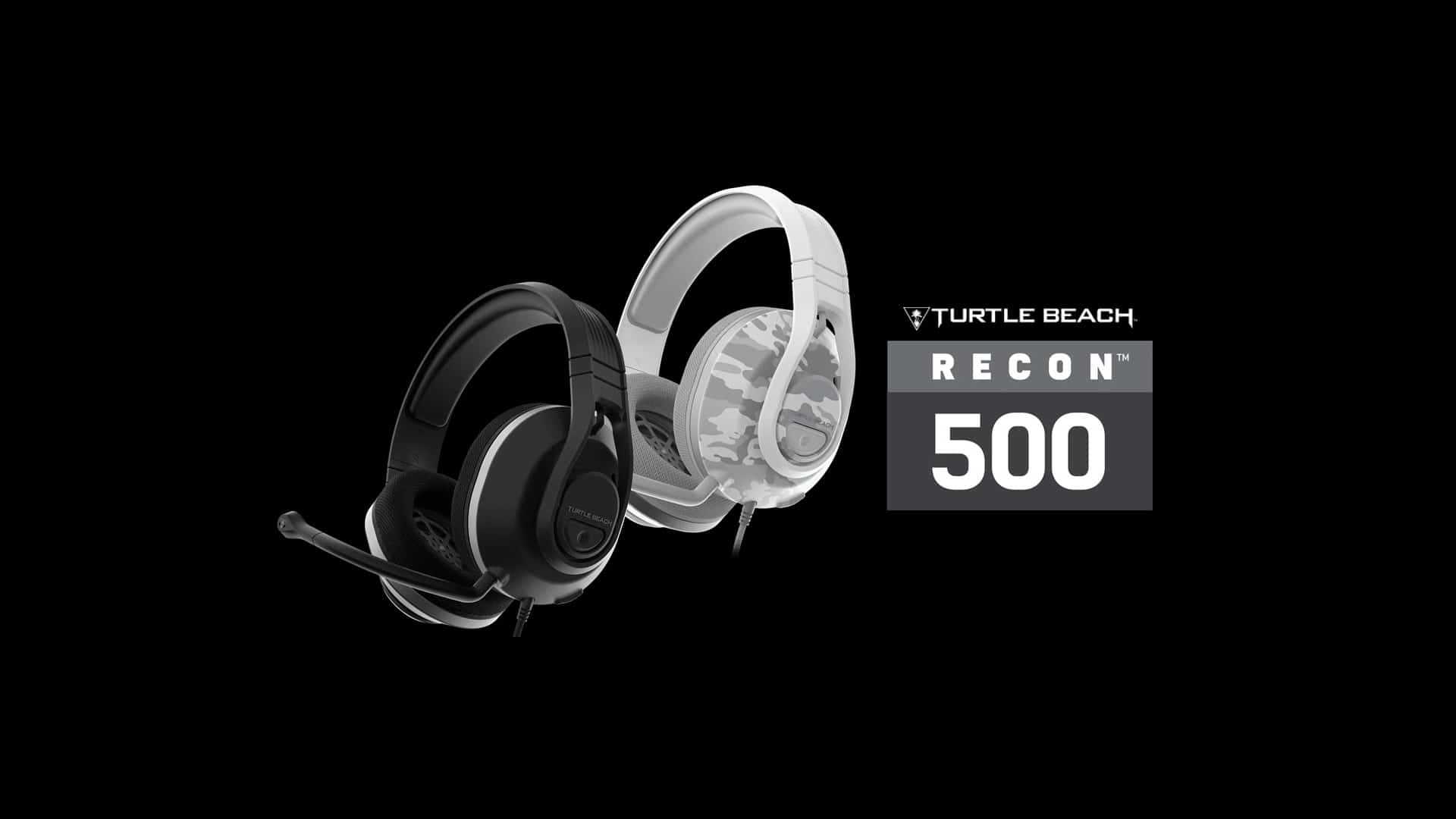 When it comes to gaming headsets, the first brand that immediately enters most people’s mind is Turtle Beach. There’s a good reason to, as they’ve earned their household name by delivering excellent headsets, all at reasonable prices. If there’s a brand where you truly feel like you got your money’s worth than it would have to be Turtle Beach, and that’s how we feel about their latest headset, the Recon 500, a low-priced gaming headset that packs quite a lot of value behind it.

For those familiar with the Recon line of Turtle Beach, you’ll know that it’s considered to be one of their entry level headset. They’re cheap, and it’s likely if you’ve walked into a Walmart, Bestbuy, or GameStop looking for a headset that you’ve seen one of the many variants in the headset section. In fact, I picked up a Recon 70 a few years ago. It’s not the greatest headset when you stack it up against higher tier ones, but for $40, it’s hard to complain, and at least they sounded good with a decent microphone.

Of course since then, Turtle Beach has released new models of the Recon headset, all eventually leading to the Recon 500, the latest in their headset arsenal.

Visually, the Recon 500 is rather basic, definitely something that doesn’t scream that it’s a gaming headset. It’s not awful looking by any means, and personally I like the simple and clean design that could fit in any environment it’s in. The small stripe of silver (featured on the standard black edition) does add a bit of a popping look to it, but nothing crazy. 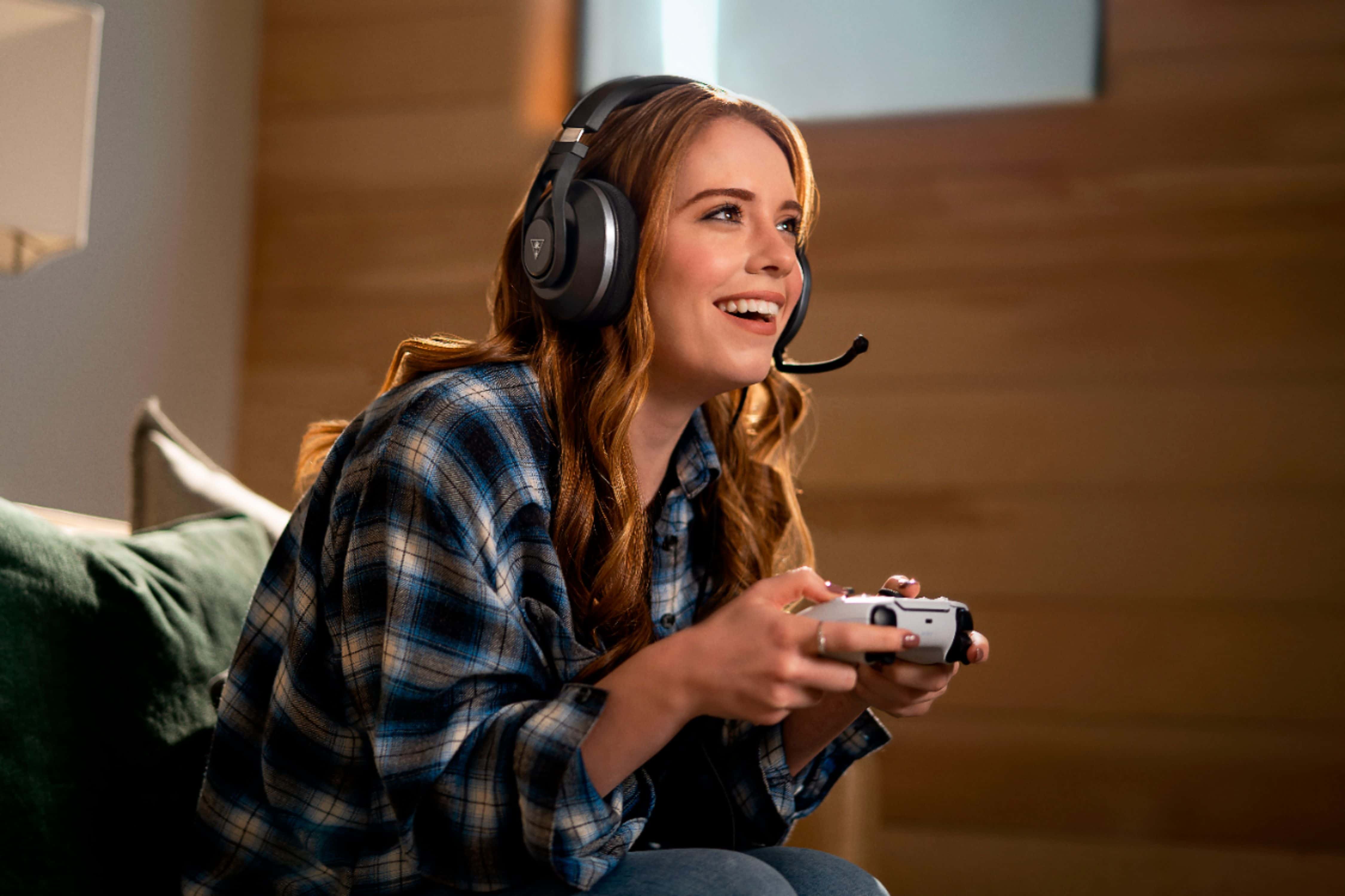 Material wise, a majority of the headset is covered in plastic, which feels very durable. Adjusting the headband will reveal some of the internal metallic skeleton, giving some strength to the overall frame. The headband features some soft, sweat resistance leather pad that rests comfortably on top of your head. Interesting, the ear pads themselves aren’t made of the same material, opting for athletic weave fabric. I will say this does make it a bit harder to clear, as dust and other particles are easier to stick to it. Internally, both the ear pads and headrest use memory foam cushioning, with the ear pads feeling great as they wrap comfortably around the ear. It’s not an air tight feeling, but it does a decent job at blocking sound.

One of the more cooler (at least to me) design choices is that the ear pad doesn’t have an internal speaker cover. That is instead placed directly onto the 60mm speaker. I liked this because it allowed me to look at the speaker itself without actually needing to remove the ear pad. It’s a small touch, probably one that’ll go unnoticed, but one I liked.

With this being a wired headset, one of the best decisions Turtle Beach made with the design is offer a removable cable and microphone. If you have ever stored a headset before, wrapping a cable around it feels like a hassle, and it certainly isn’t all appealing once you look at it. Being able to remove the cable and store it makes organization all the better. And as mentioned, the microphone is also removable, so for those who just want to use this strictly for sound and not talking, you can without the worry of accidently unmuting yourself.

The microphone itself is also encased in “unbreakable” rubber, allowing full flexibility for free positioning. 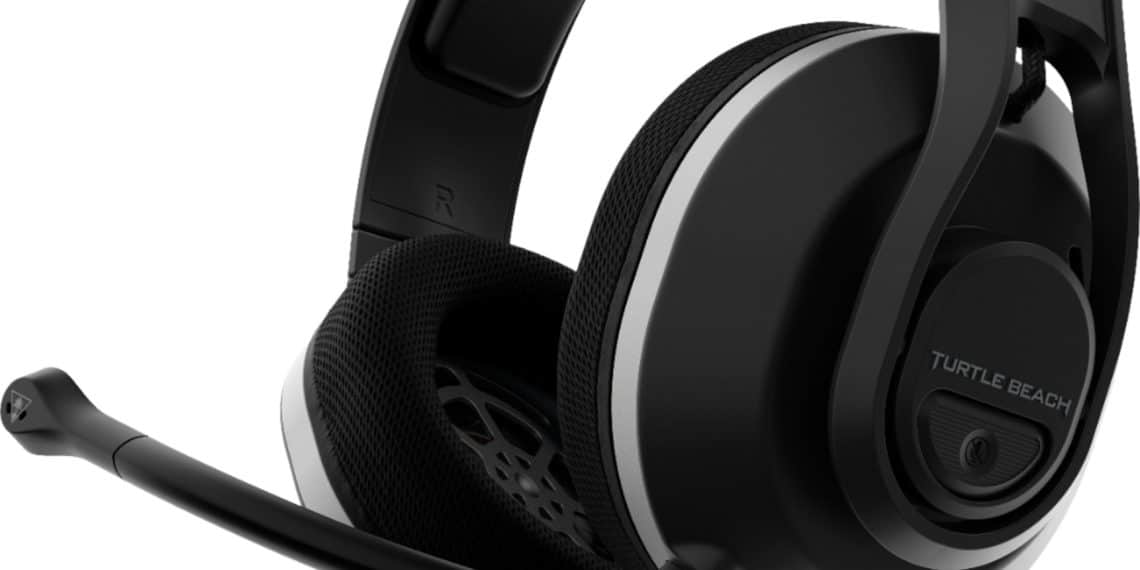 As for the button features on the Recon 500, like I said it’s basic with there only being a big mute button and a volume scroll. There really isn’t much to go with in the visual department for the Recon 500, and I would at least suggest going with the Artic Camo variant if you’re looking for something with a bit more style. None the less, it’s still a very comfortable headset that does block a decent amount of outside sound, which speaking of, the real reason you’re here is to know how good the Recon 500 sound, and surprisingly it’s very good.

One of the unique standout features of the Recon 500 is that it comes with a beefy dual 60mm driver, a first for its kind. For a comparison, a majority of headsets are equipped either the market standard 40mm, or the 50mm drivers. Now one would suspect that because they’re using bigger drivers that sound would come out muddled or distorted, but in actuality the Recon 500 produces some of the best, clearest audio in its priced ranged of headsets.

Turtle Beach has fined tuned these 60mm drivers to deliver exceptional sound. To test these bad boys out, I played Ratchet & Clank: Rift Apart, a game known to have many unique sounds, both in the high and low ranges. Despite the audio being loud (fixed by lowering) with the Recon 500, I never once found there to be any distortion whatsoever. Everything came in crisped, with enough boom and excitement through them to feel immersed. This really is the big selling point of the Recon 500, because for the price it’s at, it’s hard to come by anything else within it’s range unless you go pricier. 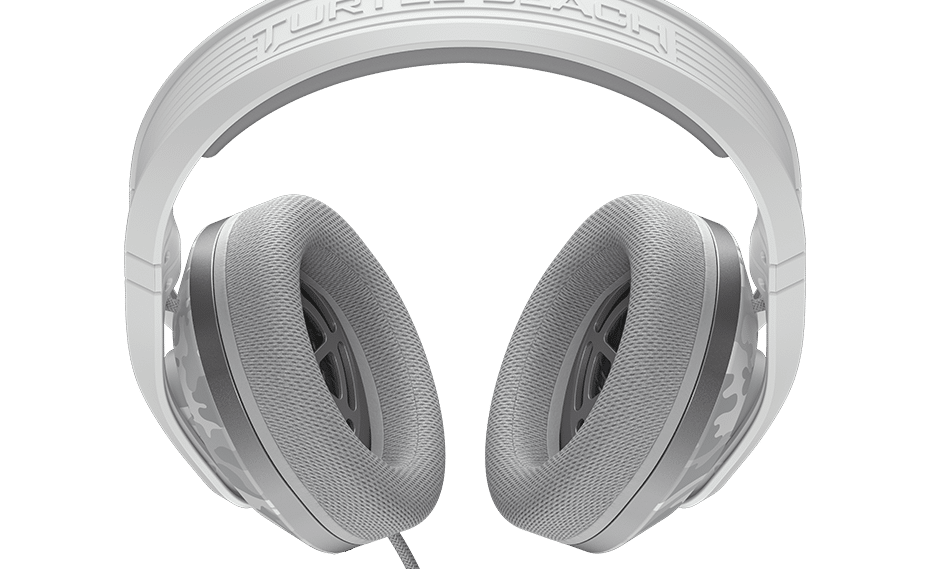 And while some competitor headsets in it’s price range may have more built in features, such as chat/audio mixing, and other neat enhancements, that sound is just too good to compare to. I wouldn’t be surprised if we start seeing these 60mm start showing up in Turtle Beach’s newer, higher premium models.

The microphone itself produced some pretty clear vocals, though from some of the feedback I received there was a bit of distortion here and there. It’ll definitely get the job done if you are looking to lead a squad in an online match, and for many that’s all you really need.

The Recon 500 may not boast a lot in its looks and features department, but what it lacks, it more than made up in its exceptional high booming sounds. It’s comfortable enough for long sessions of play, with the microphone being decent enough for others to understand you. If you’re looking for a great starter headset, enough to get you immersed in the world of gaming, then the Recon 500 is by far one of the better options. However, if you are looking for something with some wireless compatibility, and in general with more features, then we do suggest saving a bit more for Turtle Beach’s excellent 50mm headsets such as the Stealth 700 Gen 2, or even pricier Elite Pro 2. Either way, they’re all money well spent.