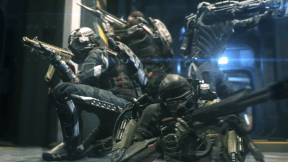 News 38 Sledgehammer Games unveils the third pillar to Call of Duty: Advanced Warfare, co-op multiplayer. Exo Survival is a four-player co-op mode that joins Advanced Warfare single player and competitive multiplayer experiences this Fall. According to the trailer above, which appears to show off footage from both the new mode and the game’s single player campaign, […] 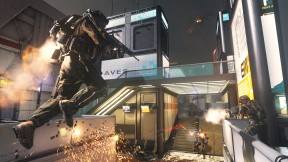 News 14 What sets Advanced Warfare multiplayer apart from previous Call of Duty titles is the adoption of what Sledgehammer Games is calling Exo Abilities – battery-powered abilities tied to your Exo Suit that add another layer of customization and gameplay at the cost of one loadout point. They range from options that allow you to deploy a […]