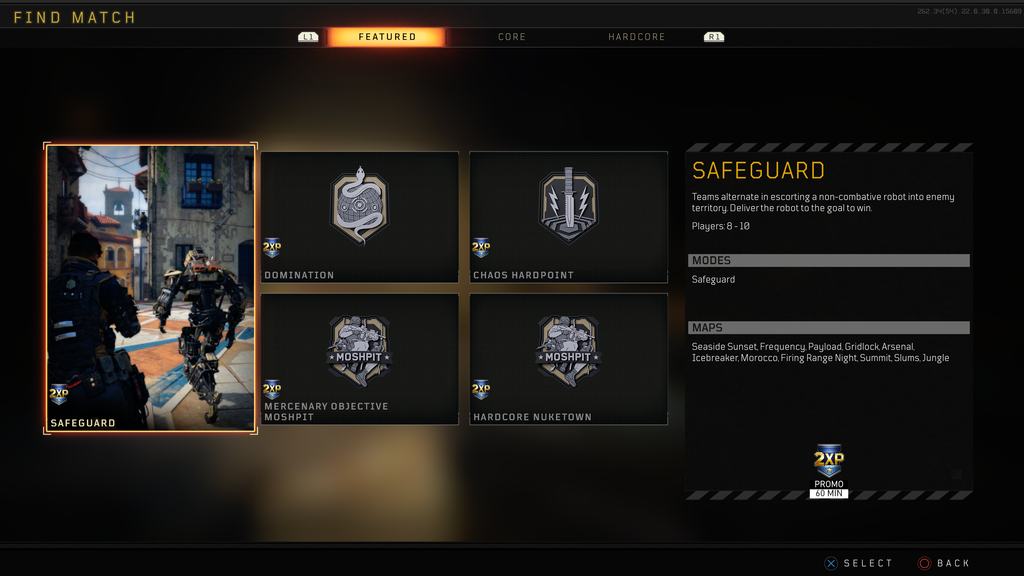 Treyarch has once again rolled out a server-side hotfix for Call of Duty: Black Ops 4, and it not only adds a new playlist to the game, but the Black Ops 4 game settings update November 27 hotfix also introduces updated versions of existing maps, Firing Range, and Seaside!

First off, the new game mode is Safeguard, which was introduced in Black Ops 3 where the point of the match is to deliver the robot into enemy territory in order to win! Players will need to be near the robot for it to advance.

Safeguard makes its #BlackOps4 debut on PS4 in today’s update! Deliver the robot into enemy territory to secure the win. pic.twitter.com/o7nin7h2vE

Regarding the maps, we posted last week that the game files included Firing Range Night, and Seaside Sunset, which are both night versions of the existing maps. Well, the two updated looks for both are live now!

Other new additions include Chaos Hardpoint, which is Hardpoint with “Chaos” rules. This one has 10-12 players per match, and the score target has been upped to 1,000! Another new playlist is Hardcore Nuketown, which is the Nuketown map 24/7, and with Hardcore rules.

Those who loved the Endurance playlists, you’re out of luck! Treyarch has pulled the playlist out, though I wager it’ll be back again with new variations soon.

Black Ops 4 players, how’s Firing Range at night? Still the same? Might be best to equip your NVIR scopes on your Titan LMGs right now.