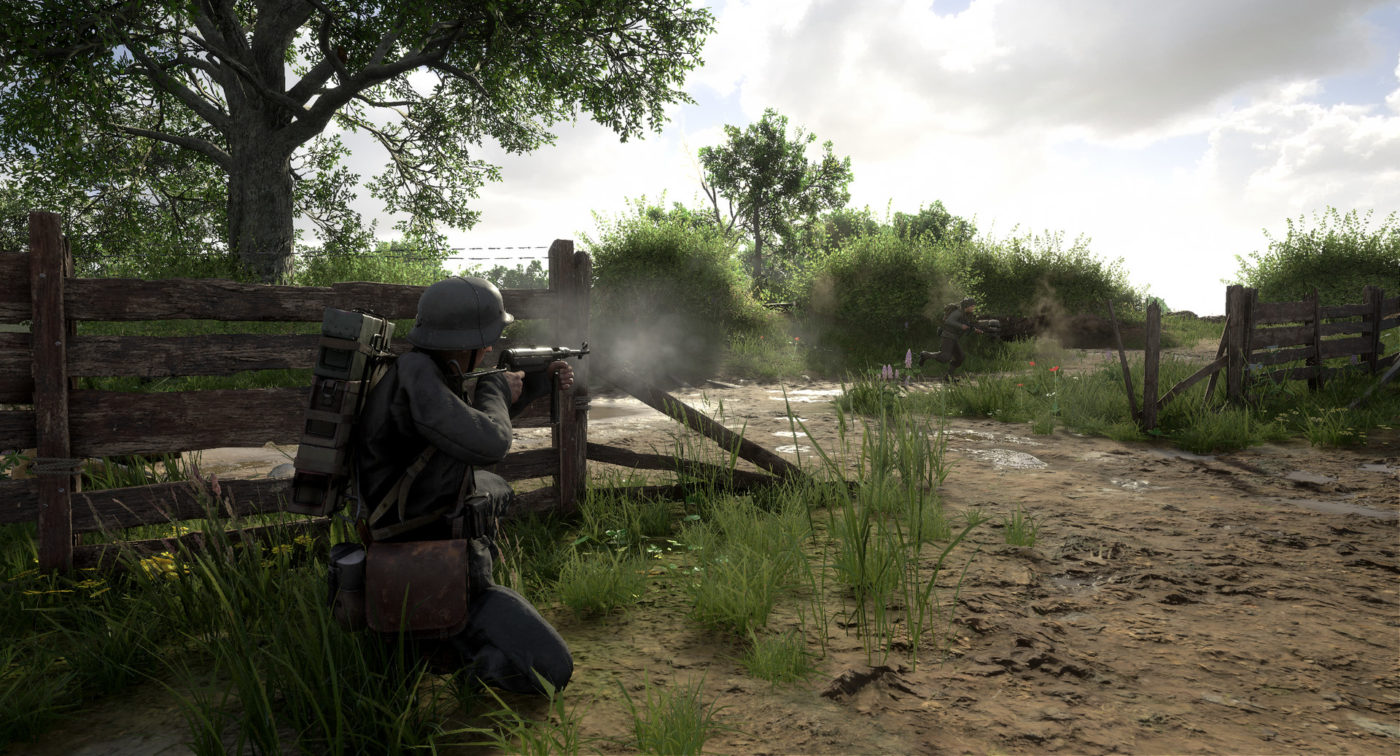 Black Matter Studios have released Hell Let Loose Update 1, the first ever update for the World War 2 first person shooter. The update brings a host of new changes, the biggest of which is a brand new map.

Utah Beach is the highlight of Hell Let Loose Update 1, a brand new map filled with Light tanks, resource nodes, and a number of smaller fixes that will vastly improve gameplay. This is a pattern Black Matter Studios intend to replicate with future updates, mixing brand new content and bug fixes or smaller new features.

Black Matter Studios say that they’ve created Hell Let Loose Update 1 from all of the feedback they’ve received for the game. This feedback has come from Reddit, the official Discord, Twitter, and even just players contacting the studio directly.

Thanks to the successful early access launch of Hell Let Loose, Black Matter Studios have been able to take on some new team members, enabling them to improve the level of quality in the content that’s already available, as well as the new content they create from now on.

The full list of changes in Hell Let Loose Update 1 are as follows.

This map has been hugely fun to develop. It mixes the Atlantic Wall defensive network with beach terrain, with sunken countryside, urban fights, and lots of new challenges – including navigating drainage ditches and bodies of water. We’re also excited to see how it plays out in the soon to be implemented second gamemode, Invasion.

This thing is an infantry death machine. The name of the game of the Luchs is hit and run. Firing an explosive auto-cannon – it’ll rip apart infantry and lighter armored vehicles with ease.

Similar to a more lightly armored Sherman, the Stuart relies on its speed to quickly flank and strike. Using speed to strike will be crucial to survivability.

Fuel, Munitions and Manpower Resource Nodes added to the Engineer role list of deployables. You’ll be able to see their modifier for resource generation on the HUD and on the map screen.

Starting resources for teams have been reduced to 500 from 1000 in order to better balance out resource quantity and encourage resource node placement.

Make a Splash With Water!

Water now functions in game to slow players down as it gets deeper. Submerging yourself will also cause you to drown.

The developers have also launched a new trailer for Hell Let Loose Update 1. Check it out below.

For more on Hell Let Loose stick with MP1ST.