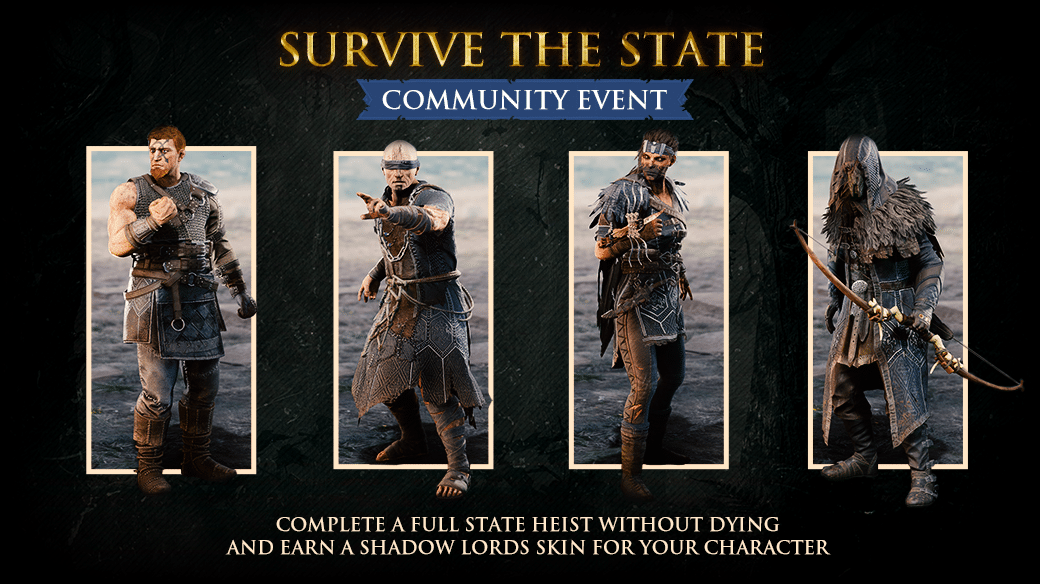 Sumo Digital has released the Hood Outlaws & Legends update 1.07 patch that adds the PvE mode “State Heist” to the game, a new community event, and more this July 28! This is tagged as patch 1.7 by the devs, and shows up on PS5 as update 1.000.700!

Execute the perfect State Heist to get the Shadowlord costumes in a new event!

To celebrate the State Heist launch, we are kicking off the Survive the State event. Players who successfully complete a State Heist without dying will receive the new Shadow Lords costume for the character they were playing. A worthy challenge for fearless Outlaws! The rewards will be unlocked when the event ends on August 2nd.

For more on Hood Outlaws & Legends, head on over here.