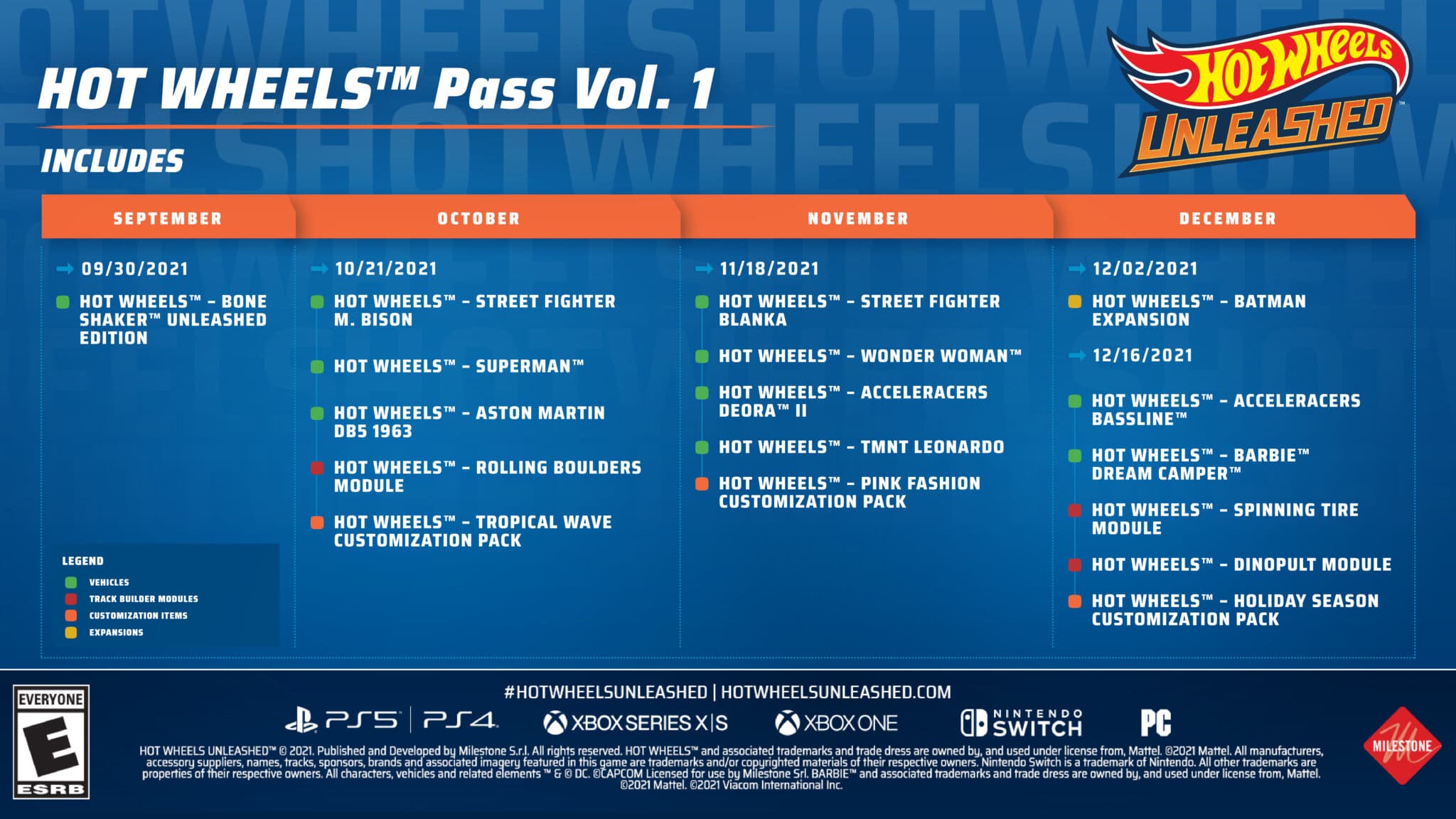 Milestone has released the Hot Wheels Unleashed update 1.008 patch this December 1 for last-gen, next-gen consoles, and PC, and this is for planned DLC support, and doesn’t seem to include any gameplay-related changes or fixes.

Milestone has not mentioned any gameplay-related changes or fixes outside of the following:

Speaking of DLC, the Batman-themed DLC is set for release tomorrow so there is a chance that this DLC drop will include gameplay-related changes as well. Once we know more, we’ll let our readers know.

The upconing roadmap left for the game can be seen in the image above.

If you haven’t played the game yet, our review can be seen here where our own Tim said the following, “I’m giving Hot Wheels Unleashed a 8.5 out of 10. If all you care about is the racing itself it might be a little higher, but the issues with the controls in the Track Builder and a few other small issues here and there make the score for the whole product a solid 8.5. Hopefully people are able to see past or even embrace the less than stellar parts because ultimately I think this game is worth playing and I think that for fans of arcade racing, it’s a must-play. I’m pleased that it lived up to my expectations on that front. Hopefully we’ll see a resurgence in arcade racing on this generation of consoles but whether or not that happens I’m glad we have this to either kick it off or hold us over. Maybe Milestone could talk with Rockstar about doing the next Midnight Club game before they make another one of these. Now wouldn’t that be something.”