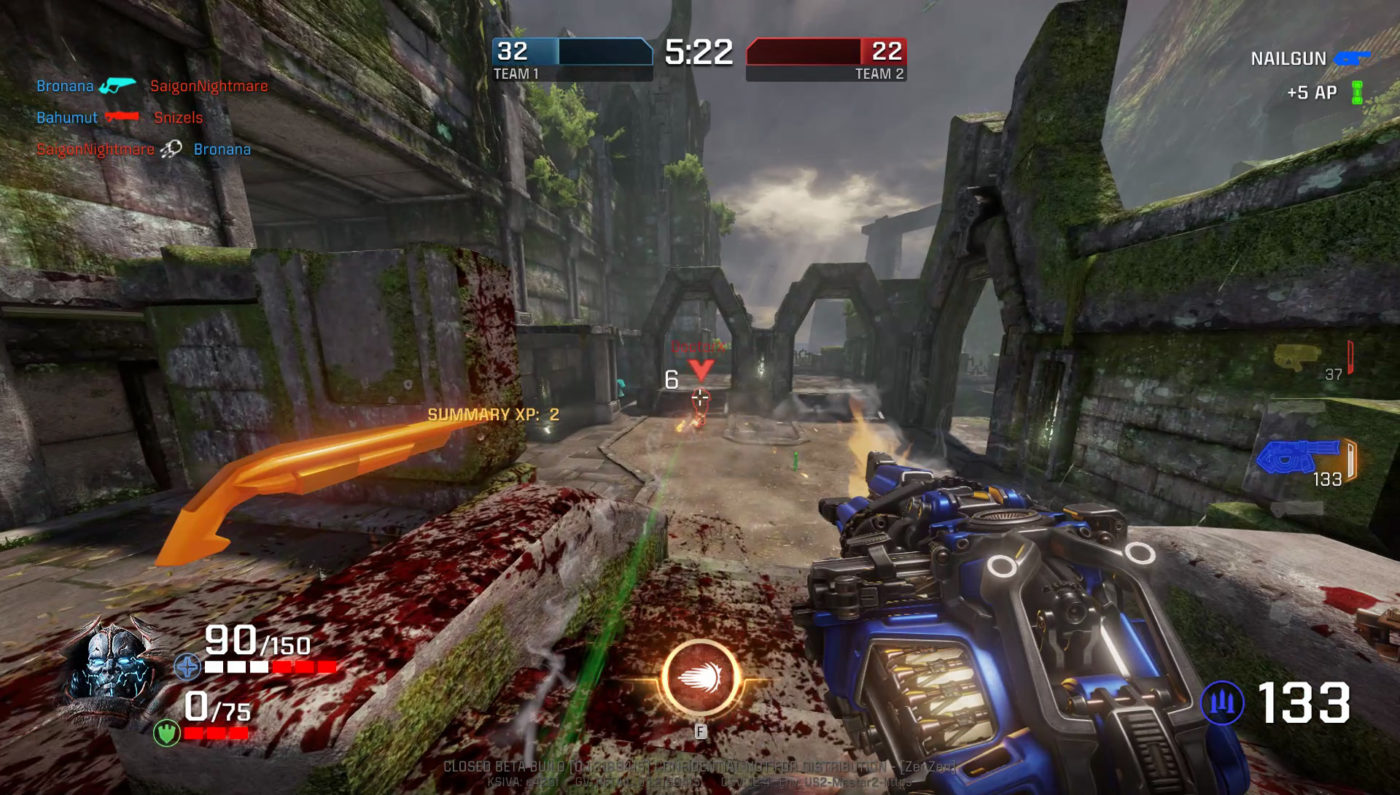 If you’re a Quake Champions player, you’re in for a treat today! id Software has just released the Quake Champions March update, and it has a TON of stuff crammed into it! There are performance updates, bug fixes, balance changes and a lot more.

Listed below are the summary of changes made.

A New Season of Rewards and Custom Games for All
It’s a whole new season, Quakers. Progress through the Season 2 Battle Pass to earn exclusive vanity rewards like the Flintlock Shotgun, Visor’s Plasma Emission System, and the coveted Tesla Lightning Gun. Plus, we’ve added a few new items in the store, like the community-created Chibi Icons Pack.

Rewards aren’t the only thing players can earn for free this season: we’re giving ALL players access to create their own Custom Games! Now everyone can play around with match rules, practice against bots, or just run around the maps.

Esports Happenings
We’ve witnessed some of the most exhilarating moments in esports across our Quake Champions tournaments, and we’re just getting started. Our world-class competitors will once again get the chance to prove their skill in the new yearlong 2019-2020 season, which kicks off with a Duel tournament at QuakeCon 2019 and leads up to a World Championship at QuakeCon 2020—the 25th year of QuakeCon!

There’s much more news to come about how we’re restructuring our esports season this year, and we’re excited to share it with you soon.

The March Update includes numerous server networking and client rendering improvements that should make performance feel more consistent overall. In this update we’ve also combed through each of the maps to fix several issues impacting performance, and we’ve squashed an exhaustive list of bugs.

For the full and gargantuan patch notes, click here.