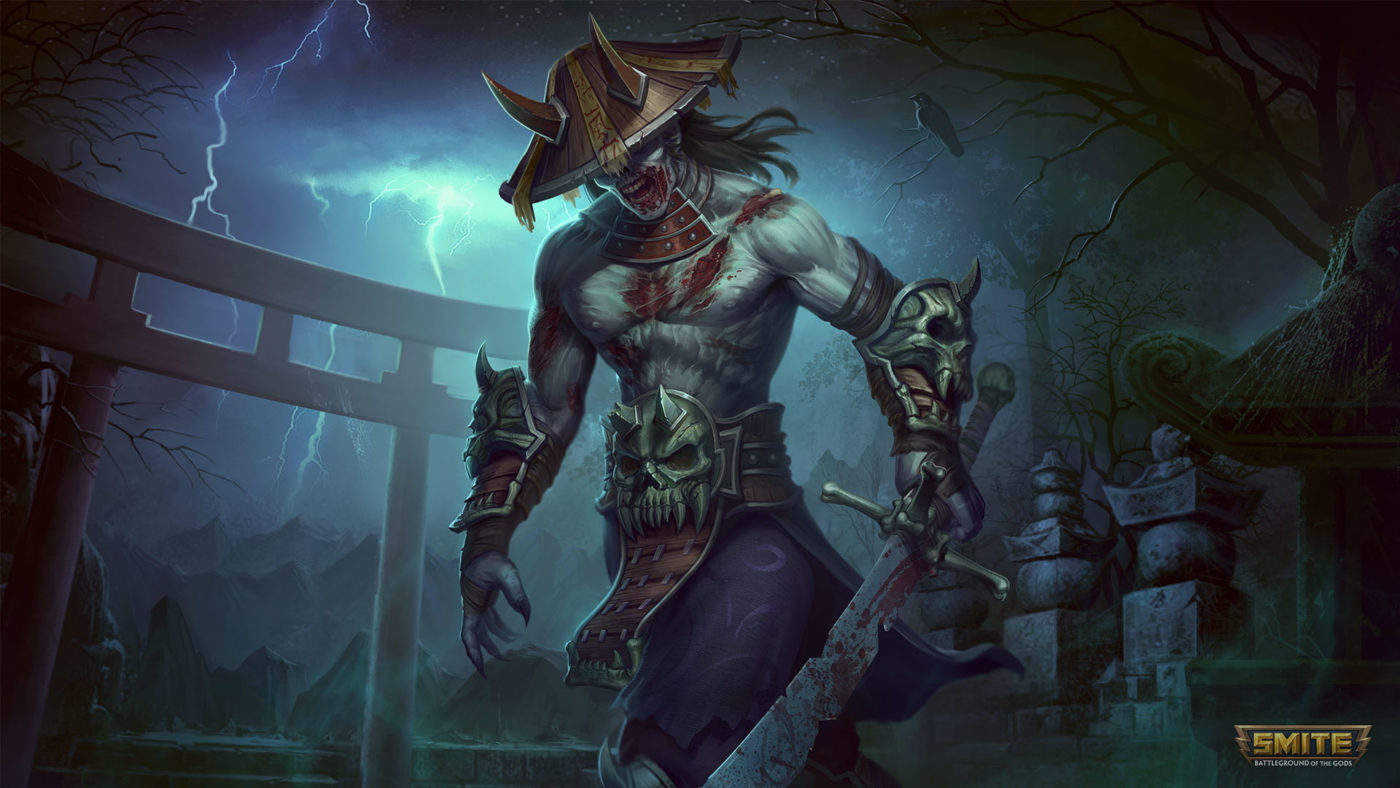 Get ready to ‘depart to the afterlife’ with Smite’s annual Halloween update that features mummies, zombies, cute cuddly ghosts and the grim reaper himself.

The appropriately titled “Departure to the Afterlife” patch for Smite, is filled with none other than some spooky cosmetic skins to the game that will sure to put a smile on the faces of those who love to celebrate Halloween. Wherein you can check a glimpse of them by viewing the card art below:

This ghoulish update that’s now live on the PC not only sees some delightful skins being added to the free-to-play moba, it also features the profanity driven announcer pack from HiRezTina. In which you can catch a glimpse of the announcer pack in action here.

Don’t worry, the guys in charge of the bleep button are working overtime for this announcer pack.

New content aside, here’s a few of item and god changes you can expect to go live such as a nerf to Hide Of The Urchin item that’s been very popular as of lately in the pro leagues.

Hide Of The Urchin:

Of course no Smite Halloween update would be complete without the return of a certain favorite game mode and chest. Which sees both the Halloween themed arena map makes it’s return with the update as well as the Halloween chest becoming available once again with a few new items in it’s loot pool such as both Cupid’s and Thanatos’ new skin that were previously mentioned in the story.

Aside from the new skins being made available in the Halloween chest, you can also expect to grab the Jack O’ Lantern jump stamp and the Spooky music theme as well.

Which new skins are you looking forward to purchasing with new update? Let us know in the comment section below.