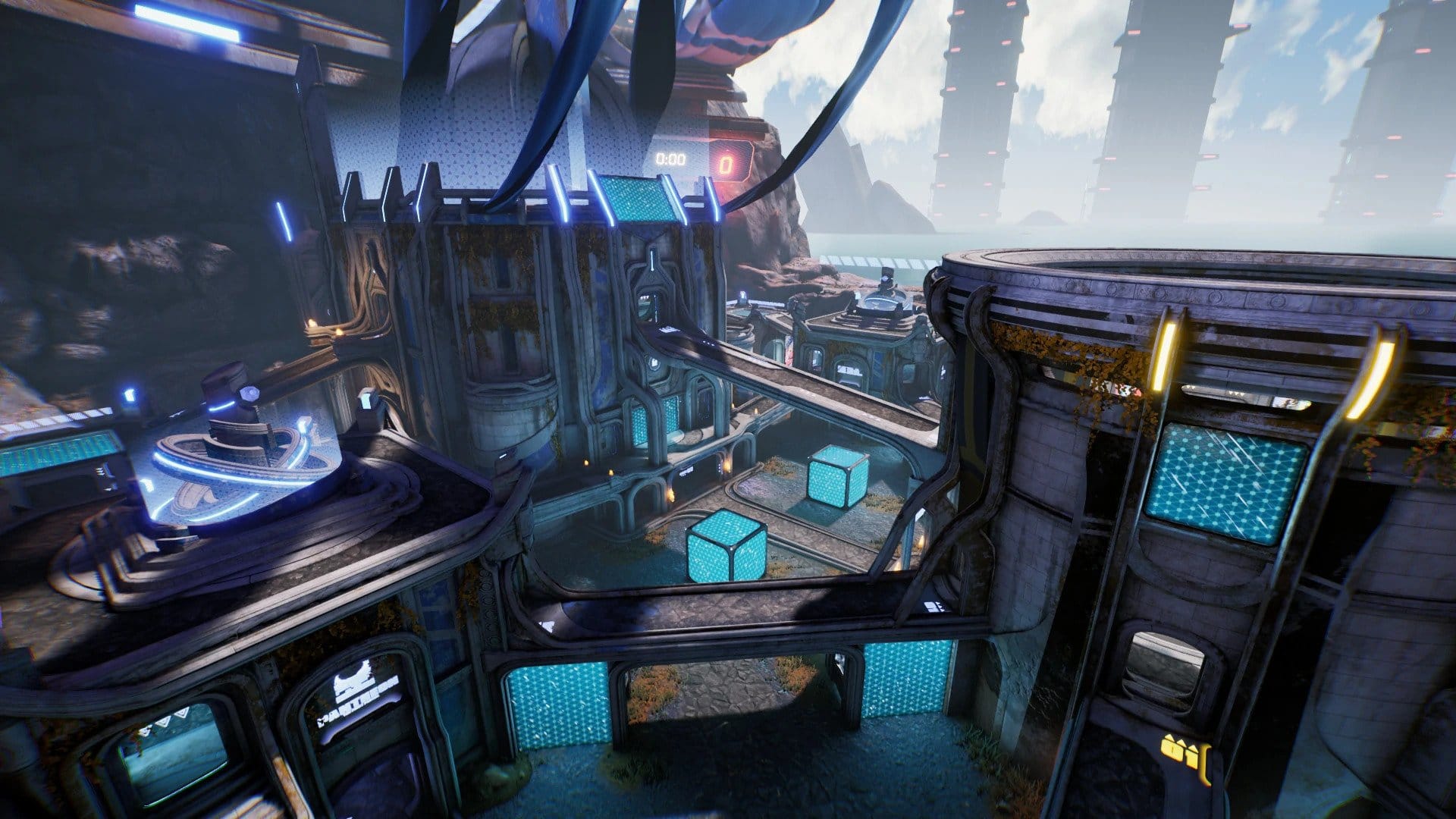 1047 Games has released the Splitgate update 1.21 patch today, which is officially tagged as version 7.0.4. This new update is to help prevent the game from crashing on consoles. Other bug fixes have also been implemented to the game. Check out the full Splitgate July 6 update patch notes below.

Splitgang! N00b here with some good news for those who have been experiencing some bad crashes across consoles. Our latest update should resolve the majority of these issues. We thank you again for your patience. The pains of switching to a new backend (which delivered a better Matchmaker) were real, but we hope to have far smoother sailing from this point on.

We know this has been challenging for a lot of players. Here’s a small token of our appreciation of your patience. This code can be redeemed three times per account by any Splitgate player for a total of nine drops:

Additionally, we will be crediting back Splitcoin to anyone who used it to repair their Daily Checkin or Daily Playstreak since the launch of Beta Season 2. You should receive a credit this week.

So let’s get to what this hot fix delivers for you.

That’s it for the patch notes. Splitgate is out now for the PC, PlayStation and Xbox platforms.

Rainbow Six Siege Down and Experiencing Issues This July 5

Gran Turismo 7 Update 1.18 Sprints Out for Several Fixes This July 6