Dragon Ball Z: Battle Of Z Trailer Gives Us a Glimpse of What’s To Come

A new trailer for Dragon Ball Z: Battle Of Z from Namco Bandai has been released that gives DBZ fans a glimpse of what to expect when it releases next month on the PlayStation 3 and Xbox 360 platforms.

It showcases a few of the multiplayer modes such as Dragon Ball Grab, four player co-op, boss mode, team battle and an epic 8-player battle royale between the 67 playable characters. You can view the trailer above.

Additionally, those who will be pre-ordering their copy will also receive a special Naruto Uzumaki costume for Goku: 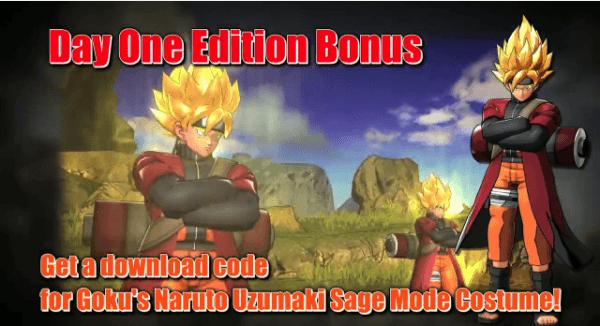 If you can’t wait until January 28 to get your hands on Dragon Ball Z: Battle Of Z, there is a demo available now that you can try out for free on the Xbox Live Marketplace or PlayStation Network. Stats will even transfer over to the full game once it releases.

Dragon Ball Z: Battle Of Z is slated for a January 28 release on the PlayStation 3 and Xbox 360.