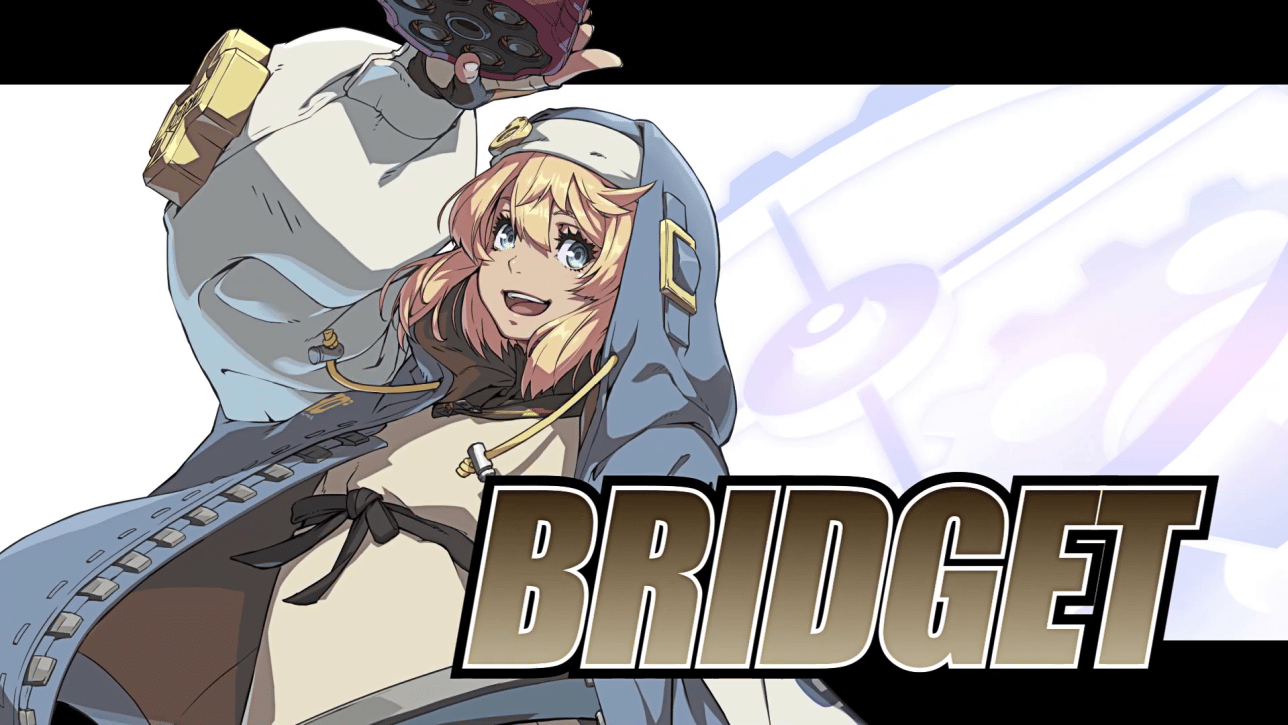 Arc System Works has released a new trailer that features the Guilty Gear Strive next character coming to the game, and it’s none other than Bridget! And what’s more, she will be available on August 8!

Check out the trailer alongside a new video spotlighting the game’s first year anniversary titled “Find Your One Way.”

Backstory of Bridget for those not familiar with the character (via Guilty Gear fandom):

Despite the name and appearance, Bridget is actually male. He was born in a village in England where the birth of twins of the same gender was considered bad luck, and it has always been demanded without exception that one of the twins should be sacrificed or either exiled if that happened. Bridget’s parents were unwilling to lose one of their children, and instead they decided to raise him as a girl. In order to seek forgiveness, he was given the best education they could afford to their daughter. Bridget loved his parents and did his best effort to live a life in disguise to keep them from worrying, but even then he could see his parents feeling guilty for what they did and eventually Bridget started to believe that if he could leave and come back with enough money then perhaps the village will be able to see there’s nothing to their superstitions, and not long after as if in answer to his prayers he heard about a bounty for a gear in the forest of demons and decided to become a bounty hunter.

He left his village with hopes of getting the money for the bounty of Dizzy, but too late for him Jam already won the reward for it.

Arc System Works has been rather busy at this year’s EVO 2022 event, as we also got a new roadmap for Guilty Gear Strive, and promised crossplay is incoming later this year too!

Once the patch is out for Bridget, we’ll be sure to let our readers know ASAP!

Ninja Gaiden Sigma Update 1.04 Out for Small Fix This Aug 8