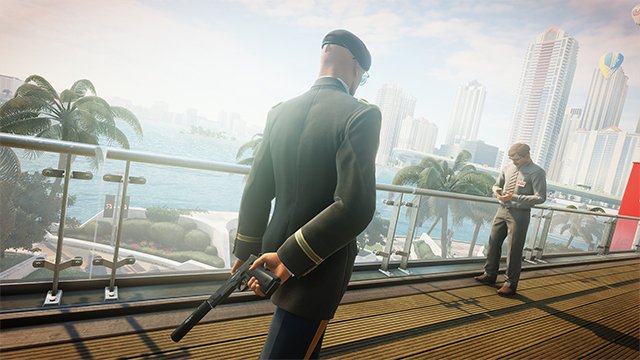 In a press release, Warner Bros Interactive Entertainment and IO Interactive released a new, cinematic trailer for Hitman 2 titled “Untouchable.” The video gives us our first look at the many locations available in Hitman 2 where players can take Agent 47’s talents to good use.

Players can expect to navigate areas of Miami, through the dense jungle of Colombia, and other locations like Hawke’s Bay, Mumbai, Whittleton Creek and the mysterious Isle of Sgàil.

In other Hitman 2 news, IO Interactive has revealed the first Elusive Target for the game, and it’s none other than actor Sean Bean! Go watch the announcement trailer to see Bean in action. Hitman 2 will also see the introduction of Ghost Mode, a 1v1 multiplayer mode.

Hitman 2 will shoot its way out this November 13 on the PS4, Xbox One, and PC.