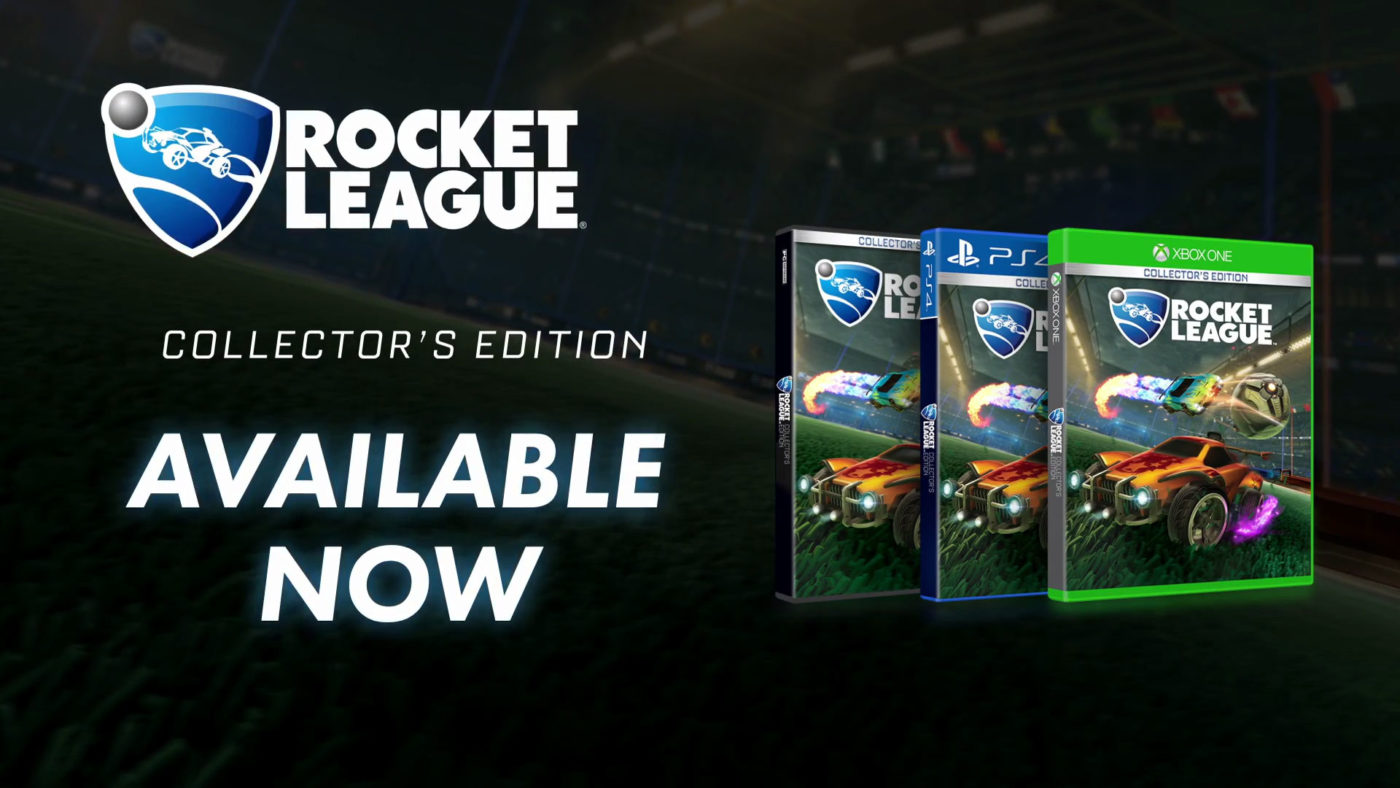 If you haven’t gotten a chance to pick up Rocket League, now would be the perfect time to do so. Today, the Collector’s Edition has hit store shelves and will retail for a suggested MSRP of $29.99 USD.

“Originally published on Windows PC via Steam and Sony’s PlayStation®4 computer entertainment system via PlayStation™Network‎ in July 2015, Rocket League® most recently released a digital Xbox One version in February 2016. The easy-to-understand controls and high-octane interpretation of association football has become a critical and commercial phenomenon; having won a slew of respected awards, while selling more than five million digital units and amassing a community of over 18 million players worldwide.”

The Collector’s Edition combines all the fun and fervor of the original base game, plus all the cars and content found in the highly-popular “Supersonic Fury,” “Revenge of the Battle-Cars,” and “Chaos Run” DLC packs, plus a “Collector’s Edition Limited Art Print.” The retail version also debuts four brand new vehicles: the anime-inspired, “Esper” and “Masmune,” and the modern re-imaginings of Supersonic Acrobatic Rocket-Powered Battle-Cars vehicles, “Aftershock” and “Marauder.”

You can catch the launch trailer above.