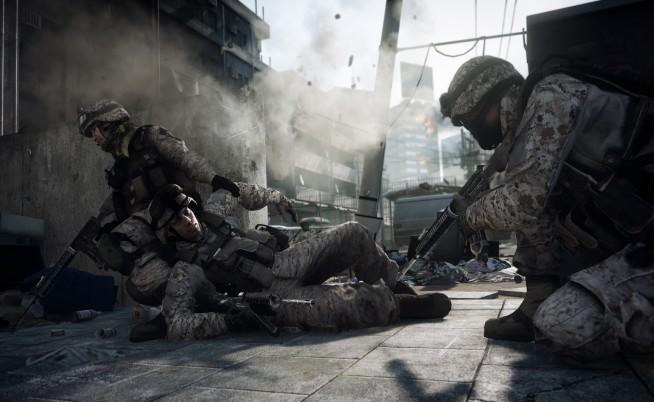 Listen, online Battlefield players – we know that your skill rank is top-notch, your kill-to-death ratio is 2.0, and your score-per-minute is astronomical. To an extent, these types of statistics prove your prowess at the game, and I love being teamed up with you online. I am greatly appreciative of your ability to read the battlefield and provide assistance in any given combat scenario. That being said, don’t get too high on yourself; the skills you hone on the online battleground in no way translate to actual warfare. You would think this is obvious, but too many times I have heard a player tout Battlefield’s realism, and claim that playing the game will fill your brain with real military tactics.

Here are three reasons that BF3 players’ online skill would get them dishonorably discharged (or killed) from the real military: 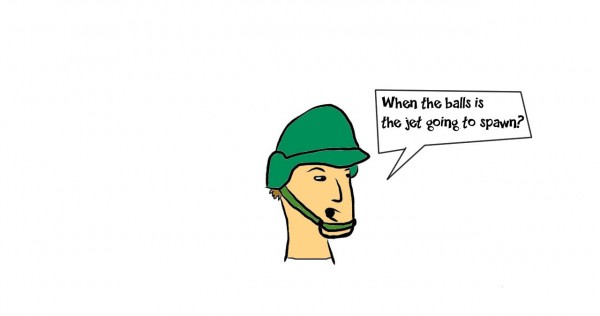 Vehicles are tools in Battlefield. So are the guys that camp their spawn. In real life, not only is controlling one of these vehicles an intense process that requires years of training, but not just anybody can do it. If you get recruited into the military, make your way to an overseas war, and attempt to commandeer a jet when you are not in fact a jet pilot, you will either a) die in a fire, or b) get shot. By your own side. Battlefield players, it’s okay to hump it on foot if there isn’t a vehicle present. You should also recognize your skill level; if you consistently crash and kill your passengers, maybe you should take the gunner seat, instead. 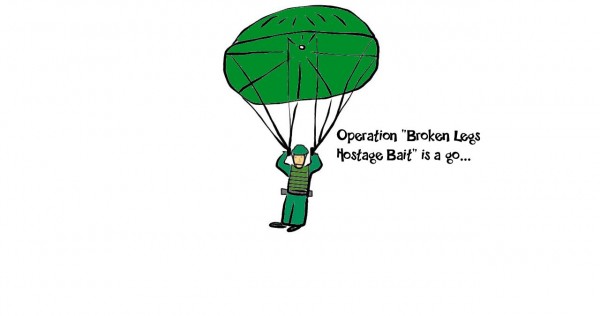 A favorite tactic of many Battlefield Rush players is parachuting down behind enemy lines, spawning a squad, and then rushing the Mcom station while the enemy tries in vain to down the chopper they hopped out of. It’s a great tactic. For the game. In real life, parachuting down behind enemy lines is a risky endeavor that’s just as likely to get you instantly killed as it is to help you disable enemy communications, or assassinate a terrorist. Hopefully I don’t have to explain to you why it’s impossible for people in real life to spawn friends out of their butthole; when you pull the cord in real life, all bets are off. The slightest miscalculation, random occurrence, or bad wind can split your squad up and send them drifting miles apart. Need to regroup? Well, you’d better stay really quiet, because it’s a scary world filled with terrorists, wolves, and hillbilly cannibals, and if they hear you calling for help and your buddies, it’s game over (man).

#1: Refusing to Fulfill Your Role 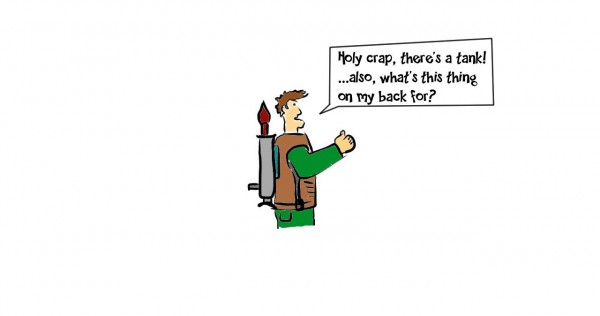 Here at MP1st, we tend to harp on playing the objective. If you’ve read even three or four of our editorials (like this one: Forget Your K/D and Play the Objective) you know it’s an ever-present annoyance when players refuse to play to win the current objective. Part of completing objectives and winning entails each player fulfilling the requirements of his chosen class. It’s been an issue not just with Battlefield, but with multiplayer games in general for years. For Pete’s sake, man, if you are playing engineer, then use your rockets! Those tanks are making a meal out of our spawn tickets, and you’re too concerned with your submachine gun killing spree. Man up!

You get recruited into the real military. You attend sniper training school, and spent years studying the craft, and practicing the art of patience. You then spend a number of missions in the field, marking targets and providing much-needed intel from your secret perch. You then line up a critical shot, wait for the “go” signal, and take out your target. Nice. As the rest of the enemy troops run around in a heated panic, you remain calm and still, and request evac. OR…you run into the enemy’s camp with a pistol, flapping your ghillie suit like a crazed maniac, taking potshots at random enemies. The opposition looks at you with a quizzical wonder, and then shoots you to death before dumping your body in their latrine.

If your job in the military were to provide ammo for your comrades, and you instead refused to give any out, just keeping it for yourself for whatever bizarre reason, you would be discharged in a hot minute.

As always with my incessant ramblings, this post is to be taken with a heavy grain of insoluble salt; don’t take it too seriously. Let me know in the comments what video game tactics are preparing you for a life of military success.

Enjoyed this article? Be sure to check out: