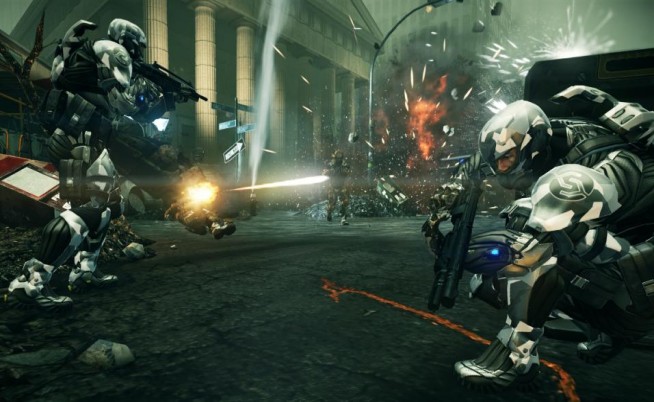 With all of the hullabaloo and “leaked” news stories lately regarding the impending release of the next generation of consoles, it’s hard to believe we’ll have to wait much longer to get our grubby mitts on the Playstation 4, Xbox 720(?), and, of course, the already-announced Wii U.

Multiplayer games have proven to be system-sellers, and keep players invested for countless hours, and their wallets invested for countless DLC. When the next generation officially rolls out, though, we should be expecting some pretty impressive upgrades, both to the hardware and the software (no matter if it’s first party or third). The following list of enhancements and requisites will go a long way to help the next generation of multiplayer be the best yet. Now, there’s no accounting for a terrible game, and a steady framerate, tasty graphics, and progression won’t fix poor gameplay or production values.

Without further ado: 5 features that will guarantee success for the next generation of multiplayer.

Most multiplayer gamers play favorites – favorite maps, guns, skins, perks, etc. It’s hard to play your favorites when the game randomly selects levels, or the group of players competing with you consistently vote for maps other than the ones you want to play. This may seem like a minor frustration, but it causes major problems when players start to drop out  of games because they don’t care for the map. I’ve done it numerous times. Killzone 2 featured an excellent server list that offered players control over map selection and variation, weapon selection, and game mode and time limits. For some inexplicable reason, this feature was cut for Killzone 3, and the game was a lesser title because of that loss. Modern multiplayer games have given players an incredible amount of choices and options; they need to make sure we’re getting to choose the most important thing: where we play.

Next generation multiplayer games should all run at a steady 60fps, never dipping for any reason. Does running at 60fps make a game “better”? No, not inherently. But a consistent framerate does. And if Games have been able to lock in a solid 30fps for the past who-knows-how-many years, then the next generation of technology and game development should be able to lock in 60fps across the board. Above 60fps, it’s hard for the human eye to consistently tell a difference in frame rate, but the difference between 30 and 60 is very noticeable.

Bots were a standard feature in multiplayer shooters for a number of years, and then became less ubiquitous when online console multiplayer expanded post-2000. While a number of core titles still feature bot play (the Killzone series, the exemplary Gears of War 2 & 3, and Call of Duty to an extent), many franchises suffer from not supporting online bot play. Any online Gears of War 3 player can relate to you the importance of bot play; if a player drops, he is instantly replaced with a competent bot. Halo is a remarkable series, but when people quit (and they do, often), the teams are imbalanced for good. There’s no replacement soldiers to fill in the gaps. every online (and offline) multiplayer title should feature bot play; its benefits are obvious. Bots can be used for practice, fun custom matches, as a break from online douche-baggery (bots don’t cheat, tea bag, or scream in your mic), and to help keep online teams on an even keel.

See that phrase in bold, right above this question? It does not say DLC. It says post-launch support. Developers need to cultivate legions of fans and regular players in order to establish an identity in the crowded online multiplayer realm, and the best way to do this is to regularly support their titles for an extended period (I’m talking more than a year) after they launch. Bungie have proven to be the modern masters of post-launch support, regularly updating playlists, tweaking mechanics, and incorporating new (free) content created by both their designers and the Halo community. They have passed the reins to 343 Industries, but we can expect that same kind of brand dedication when they release their rumored sci-fi MMO shooter in a a few years. Developers: support your game with updates, patches, and tweaks on a regular and continual basis. Complement these updates with paid DLC, but your primary focus should be providing free support for your title. Trust me, it will garner you many fans and long-term players.

What am I missing? What multiplayer features are a “must” for developers and publishers to focus on for the next generation? Let me know in the comments or on Facebook or Twitter!