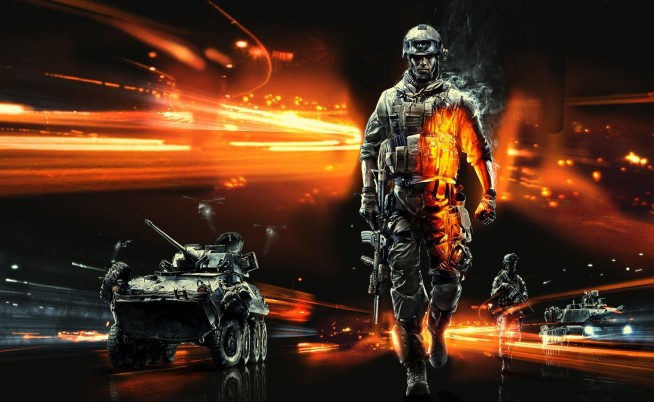 Battlefield 3 Multiplayer Review: A Masterpiece In a Patch or Two

The scale of Battlefield 3’s multiplayer is gigantic; yet, where the game really shines is in the details. It’s this balance of macro and micro that make this one of the more fully-packed, yet polished, first person shooters of this generation.

Battlefield 3’s online multiplayer is huge. It does everything: expansive and wide open terrains, large scale battles with many soldiers on the field at once (up to 24 on consoles and 64 on PC), vehicles like tanks, helicopters and jets, intense destruction, and a worldwide social networking system called the Battlelog to back it all up.

Where it all begins, though, is in the multiplayer menu. In this menu there are three initial options: quick match, for those who just want to choose a game mode and a map without being too picky; server browser, for those who want a more customized experience; and leaderboards. Quick match allows you to choose from five different game modes and nine different maps, with more on the way in the form of DLC.

Conquest allows two teams to battle it out over a number of flags, the number depending on the map. Whichever team has the most flags captured will have an easier time lowering the enemy team’s ticket count (lives). Many would consider this mode to be the staple way to play Battlefield, and in this iteration, it’s no different. The beauty of this game mode is that it requires strategy and communication. You need to stick with your squad, decide which flag you want to take, and how you are going to take it. Do you flank the enemy from the side, or attack head-on with helis and tanks? It goes much deeper than this, however, and it is one of the richest and most rewarding ways you can play battlefield.

Rush is a much more intense and focused game mode in that you are given only two objectives to attack or defend. Once they are taken, the map opens up to a new section, allowing the battle to progress almost like a story. Some of my only complaints lie in this game mode, however. I found some map layouts to be extremely unforgiving to the attacking team. Two examples I can think of is the first base in Tehran Highway and second base in Grand Bazaar.

Team deathmatch was an interesting and fun game mode that made its debut in Battlefield 3. Surprisingly, it actually works quite well. Since DICE has given us many customization options for our weapons, it really allows us to play the way we want to play and to shine more as an individual, rather than a team. I also love how quickly it is possible to re-spawn after death, making it a very fast paced game mode. It’s a great to just have some fun shooting other people without having to worry about an objective. It’s also a great place for newcomers to start in order to get a feel for the gunplay and basic mechanics of the game. For a new addition to the Battlefield series, it almost does a better job than some other shooters who have been doing it for years.

These three game modes are where I have spent most of my time up till now; however, squad deathmatch and squad rush are just more compact versions of their bigger brothers. One thing I would have liked to see in the quick match screen is the hardcore and infantry counterparts of each game mode. Right now, this is only selectable through the server browser.

A server browser in a console game is something uncommon, but it should be in every shooter with dedicated servers. DICE really went above and beyond with the console market by allowing us to choose our servers that we want to play on. Many options are available here, on PC as well, of course, including presets, ranked/unranked, and region. Battlefield 3 has three different presets for each game mode. Normal is fairly self explanatory; it’s the core battlefield experience with vehicles and regular HUD, health and damage. Hardcore takes your HUD away while increasing damage and lowering health. This makes for a very realistic and intense type of gameplay; however, expect the pace of the match to be much slower. Infantry is your regular Battlefield experience, but without the vehicles. This might be another good starting point to learn the game modes without having to worry about choppers and jets bringing the pain. Unranked servers are currently unavailable at the moment but should be later on and should allow for many customization options.

It would also be great if DICE could add tutorial servers, where we could  practice our piloting skills, for example. Of course, it’s always great to be able to choose your region so you know you’ll be getting a good connection. Ping is also viewable for each server before selecting.

Teamwork is a huge component to the gameplay in Battlefield, and it’s important to be able to manage your squad easily. Luckily, a squad management system is just a click away on consoles and is easily available on the Battlelog for PC players, though I have not been able to test it out on a computer. Pushing start on consoles will bring up a list of all your friends online that you can invite to a squad. Once you are all squadded up, it’s just a matter of the leader finding a game.

Unfortunately, this is easier said than done and this is where some of my biggest gripes lie. I had loads of troubles trying to find a game with my squad, even when it was only made up of myself and one other. We would constantly receive notices of connection problems to game session or simply be kicked out of a game the moment we joined. Though, once we were both in a game together, and even if were weren’t on the same squad or team, it was a easy to either switch sides or choose our own squad to join. Of course, something like this could be, and hopefully will be, brushed off as a “day-one” or “launch” problem, including the sometimes fragile connection to the servers. I fully expect DICE to resolve these issues.

If you haven’t yet, make sure to sign up for the Battelog. This amazing little social network allows players to find and follow friends, view stats and unlocks in great detail, contribute to forums and even chat with others. Of course, for PC gamers, it will be their main hub for joining up with squads and finding matches, since all matchmaking is done through the Battlelog. In-game, console users get a small feed of updates on the right of the main menues. If you’d like, you can become a fan of the MP1st platoon! 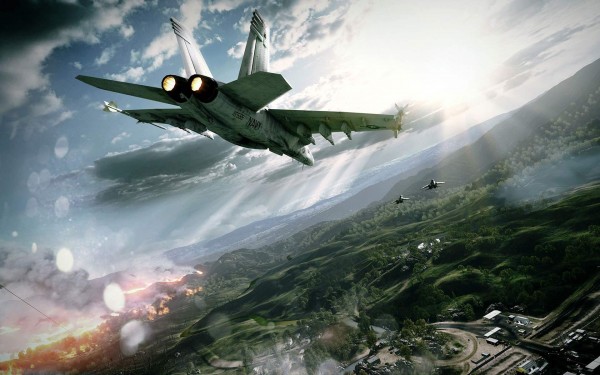