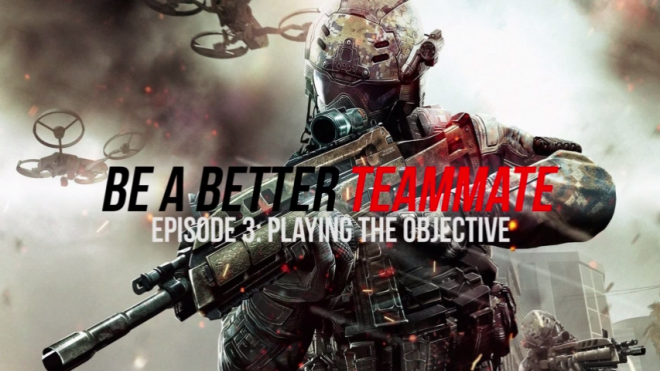 Hello MP1st readers and fellow soldiers on the digital battlefield!

In the previous two episodes of BABT, I covered understanding/identifying your playstyle and winning gunfights.  This week I take a look at playing the objective in the various game modes of Call of Duty: Black Ops II.

I guess being a hardcore objective player makes me dumb to the notion that not playing the objective in OBJ-based game modes is ok.  That’s not to say of course that always playing the objective non-stop is a good thing.  But I’d rather be capturing objectives then running around the map hunting for easy kills.  To me, the real fight is always at the B flag.

If you have any feedback that you feel the series would benefit from, feel free to leave it in a comment!  If you’re interested in topics I haven’t covered like specific weapons or scorestreaks, feel free to mention that as well and I’ll considering covering it in a future episode.

Also, as we’re all comrades on the digital battlefield and nobody should have to fight alone, is there any interest in starting an MP1st group/clan of players?  I play BOII on the Xbox nearly every day and while I have plenty of people to play with, maybe you don’t.  Let me know if you want to party up either here or via XBL.  My GT: BOSS jediZOHAN

PTFO and thank you for watching!