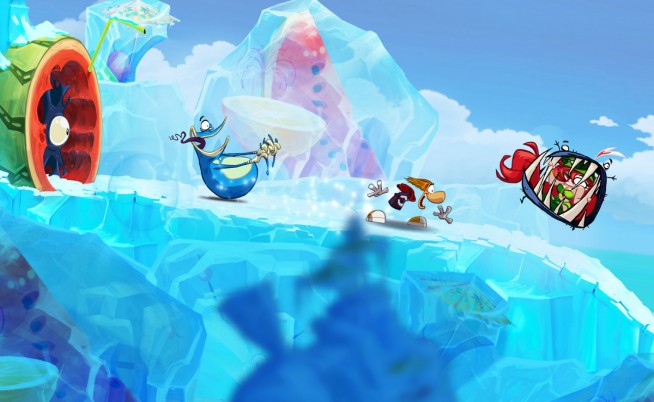 2011 has come and gone, and the last of the ubiquitous Game of the Year awards have trickled through the blogosphere. MP1st has already declared its greatest multiplayer experience of 2011, but there is more to multiplayer then competitive gaming. Sometimes the heat of the battlefield induces rage-quitting, creative profanity-spewing, and the KDR sweats (My Modern Warfare 3 KDR is below 1.0; I can’t even log into the game without my kneepits dripping). 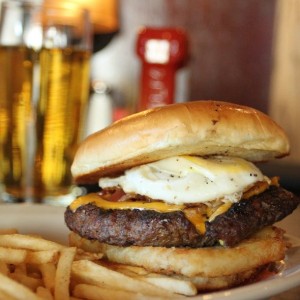 Wherein the buns are my friends, the egg is a video game, the cheese is a free weekend, and the beef is, of course, beef.

Gamers were inundated with some great cooperative experiences in 2011, and the following titles may have been lost in the shuffle, but absolutely deserve your interest. 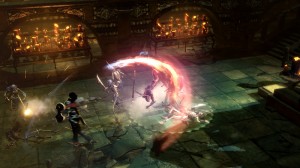 Dungeon Siege III can be a divisive game. It’s yet another established RPG franchise taken over by developers Obsidian, whose narratively solid yet incredibly buggy games tend to sell decently, but have a hard time matching their predecessors. Dungeon Siege III is a huge departure for the series, but is absolutely worth your time. The cooperative element was met with derision, but actually makes complete sense. Instead of playing as your established character in a friend’s game, you play as one of the established characters in his or her game. This prevents you from upgrading your heroes when joining a friend’s game, but it keeps the cooperative element soundly balanced; no cooperative partners will ever be over-leveled, and neither will a player ever be dangerously underleveled, or lack appropriate gear (assuming the host has kept tabs on his in-game characters). Hacking, slashing, looting, and leveling is always more fun with a friend, and Dungeon Siege III’s crazy bosses will be much easier when you have the opportunity to strategize with a buddy or two. The game is readily available for about twenty bucks; it’s not the greatest action-RPG out there, but it’s worth the investment. 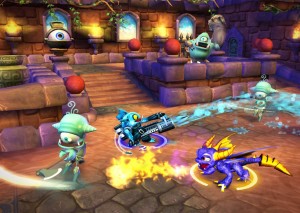 Skylanders is an excellent local cooperative game, but I recommend it with some caveats. It’s entirely possible to beat the game and get every achievement/trophy with the three included characters, but it becomes a much more enjoyable experience when you supplement them with some additional purchases. Amassing an army of Skylanders makes for a supremely enjoyable cooperative experience, but the seemingly kiddie nature of the game (along with the 69.99 price tag) turned a lot of gamers off. The game offers what I would term “Diablo For Dummies,” with secret areas, hack-and-slash gameplay, leveling, and item collection. While the setting and characters (all part of Spyro’s universe/mythology) are decidedly cartoony and kid-centric, the game is a blast for cooperative gamers of any age, and the difficulty ramps up with the half a dozen or so bosses. My aging wife (just kidding, honey!) and I have sunk dozens of hours into the game, and I am considering buying another copy for my nephews. A sort of “My First Dungeon Crawl” if you will. 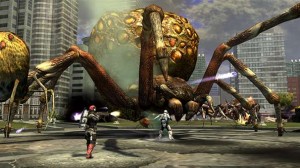 This game is a must. I’m throwing it out there right now – if you have gaming friends, you need to buy this game. Yes, it’s a niche budget title, and yes, it’s still better than most AAA games that released in 2011. The game shines in co-op, where its massive, skyscraper-sized bosses, random loot drops, and ridiculously powerful, screen-clearing weaponry go hand-in-hand with the need to heal your partner(s), watch their backs, and coordinate assaults on house-sized robot spiders. The games runs very smoothly online, and also features a unique spin on the ever-present horde/survival mode (which supports twice as many players). Any fan of action games, sci-fi, B movies, co-op games, and loot grinding will have a blast with this one. Arachnophobes need not apply. 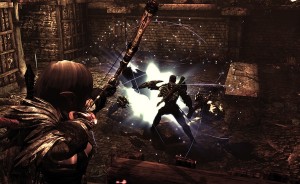 In all honesty, I am only recommending Hunted because of its current price point (it’s going between 10 and 20 dollars at most brick and mortar stores). Featuring gameplay that can most easily be described as “Gears of War as a Dungeons and Dragons campaign,” the game is built on its cooperative element. Players take hold of one of the beefy fantasy archetypes, and hack their way through a variety of dungeons, dank forests, and dark caves, using their swords, bows, axes, and some elementary magic to cut down the baddies. Some in-depth puzzles, loot hunts, and unique enemies make for a fine cooperative experience. I hope you like brown, though, because this game has a color palette in the single digits. 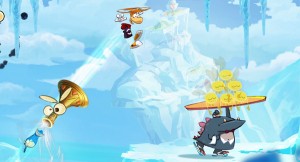 Rayman Origins. If you do not own this game, go purchase it now. I don’t care what kind of gamer you are, what your interests are, or whether or not you have friends. Everybody needs this game. The incredible has-to-be-seen-to-be-believed art style (the first title to support UbiArt) is worth the price of admission alone, and the exquisite level design, spot-on controls, and hilariously fun cooperative element cement this game as not only one of 2011’s best, but one of the best titles this generation. I spent thirty bucks on this game, and would have gladly spent twice that. It’s that fun. Co-op is a great time, and with a bevy of unlockable characters to play as, and a slew of secrets crammed into every level, you and your offline gaming buddy will never be bored with this title. The first 75% of this game is pretty easy, and you shouldn’t have any problems. The last quarter of the game however, becomes exponentially harder in co-op. The levels move at a dizzying pace, and when your buddy dies, you won’t have the time to wait for their bubble to revive them. In fact, to be completely transparent, my wife and I have not yet beat the final level (the first “end” of the game; a more devious and nearly-impossible world opens up once you find a certain amount of collectibles). That being said, this game is a true gem.

Cooperative gaming is my gaming bread and butter. Look for my 2012 co-op picks and review in the coming months. Thanks for reading!