Recently, David Vonderhaar of Treyarch has been in conversation with Call of Duty fans regarding a fairly controversial topic: Stopping Power and its place as a perk in Call of Duty.

The Stopping Power was first introduced in Infinity Ward’s Call of Duty 4: Modern Warfare as a perk giving players a way to increase their bullet damage. The inclusion of this perk carried over into Treyarch’s Call of Duty: World at War and then once again into IW’s Modern Warfare 2. Unfortunately, many players quickly found, even back in CoD4, that Stopping Power became such a staple perk, it rendered all other perks in that tier negligible. Many would argue that if one didn’t use Stopping Power, they were at a serious disadvantage compared to the majority that would be using it. 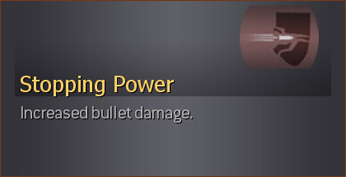 In listening to community feedback, the tradition was finally broken when Treyarch released last year’s Call of Duty: Black Ops, which did not include any sort of perk that added to bullet damage. Generally, this was received rather well among the community, although, it did give rise to the infamy of the Ghost perk, which Vonderhaar also recently spoke about. One fan recently commented, No one b****ed about the stealth perks from CoD4-6 since they had stopping power in the same tier. Giv’em stealth or power,” to which Vonderhaar replied, “they just b****ed about stopping power, instead.”

This year’s Modern Warfare 3 also didn’t see the inclusion of the Stopping Power perk, though developers did opt to raise the damage of all weapons as if they had this perk already built in. This made for very little survivability, especially with the added “proficiencies” which could increase different attributes of each weapon. Some would argue that this also unbalanced gunplay – another topic explored by Treyarch’s own David Vonderhaar, who had some bold things to say about Call of Duty’s weapon balance in general. Though many found Black Ops to include some of the best weapon balance in a Call of Duty game yet, many also remember the over-powered FAMAS and AK74U. One fan asked, “looking back, do you feel you did the right thing with the Famas/74u patches? Are you more open to rebalancing requests now?” Vonderhaar replied, “yes and yes.” 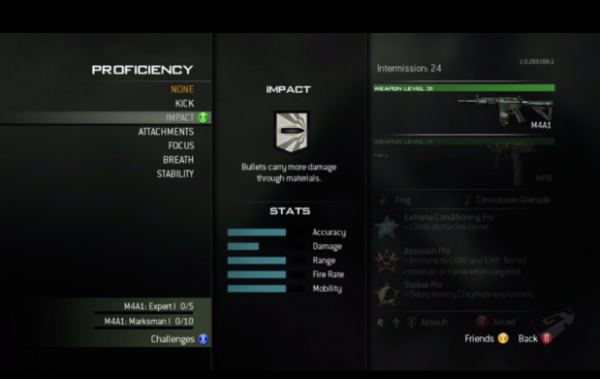 In a continuation of the weapon and perk balance discussion, Vonderhaar took to Twitter to talk to Call of Duty fans about Stopping Power and its future. It has recently become a slight trend to wish for the return of Stopping Power since many are now saying that it did, in fact, balance gameplay in Cod4 even though it may have made for fewer choices in that perk tier. Vonderhaar simply put it: “Stopping Power isn’t a viable solution. Solid mechanics with good tuning (and ability to real-world experiment with those tunables) is.” He added, “I am not making any assumptions. I am looking at the root cause and core tuning and so should you. Good talk, though.” It looks as though the next Call of Duty (Black Ops 2?) still might not see the return of Stopping Power, but should hopefully include some of the most balanced gunplay yet.

What do you think? Should Stopping Power return to Call of Duty? Do you have high hopes for Treyarch’s next title? Let us know in the comments below!