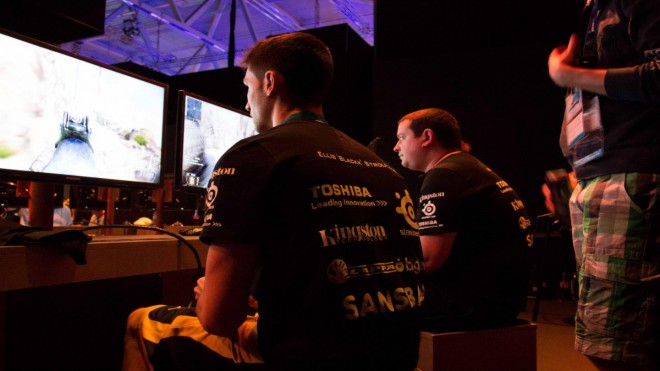 Call of Duty: Black Ops 2 is just around the corner and has got a lot to prove. Not only is Treyarch building a bigger, better and more exciting shooter for casual audiences to enjoy, but they’re also planning on stepping up their game big time when it comes to the competitive Call of Duty scene.

Treyarch has stated their intent to create a Call of Duty that can be played competitively yet is also fun to watch as a spectator, two key elements that are required for a successful esports title. Already, we’ve seen brand new features like league play, tune-able competitive settings and, of course, CoDCasting.

This new direction has many competitive gamers excited, including SK Gaming’s Scott “The Mak” Brass. We recently got to speak to The Mak not only about himself, but also his views, experience and expectation with the upcoming Black Ops 2, releasing this November 13.

Scott “The Mak” Brass: My name is Scott Brass, I’m 23 years old, from Glasgow and have been competitively gaming for around 5 years. I have played for many professional gaming organisations throughout my career, but at the moment, I play for SK Gaming. SK are a German-based gaming organisation based in Cologne. As our team, they support myself and every other member of the organisation in every way possible from sending us new products to test to funding our travels around the world to compete.

MP1st: Glad to be speaking with you today! So, what is your personal experience so far in the competitive Call of Duty scene?

The Mak: In my opinion, I’d love to make a career from gaming and the scene is edging closer to that possibility everyday. From back at my beginnings when we were competing for hundreds, we now find ourselves in a position to compete for hundreds of thousands. Gaming is obviously my passion and there is noting I’d love more than to see the scene keep expanding.

There are many events that people can attend to compete, for example, in the United Kingdom we have both EGL and iSeries while over in the states we have MLG. My greatest success has come from Europe’s EGL where I’m a 4 times European champion and in the next couple of weeks hoping to make it 5.

MP1st: You just recently began your own YouTube channel, correct? What type of content can your subscribers expect?

The Mak: At the moment, I’m really looking to approach my videos from a competitive perspective. That means that I’ll be giving tips and tricks we use in competitive play that will give anyone the edge while playing the game. I will also be discussing what’s going on in scene at the moment and posting up any tournament videos that I compete in. New subscribers can normally expect a gameplay of myself with a commentary over the video. Though, I am open to suggestions from anyone about content they would like to see.

MP1st: Do you like the direction Treyarch is taking Call of Duty: Black Ops 2 so far with their heavier focus on esports and competitive gaming? Do you think it will catch on in the esports world?

The Mak: Absolutely. We recently got the chance to play the game over in germany at GamesCom and to be honest, my entire team as well as all the other teams there pretty much unanimously loved it. The direction that treyarch is taking is truly revolutionary for the console scene and hopefully should take everyone in it forward. With the introductions of the leagues system, it will allow the casual gamers to log in and check who is at the top in the world at the moment, competitively.

MP1st: From what you’ve seen and played so far, do you think Treyarch could do even more to make Black Ops 2 an even more esports-friendly title?

The Mak: This is a hard question only because I’ve not seen the finished product, only alpha and beta stages. But if they could somehow adopt a professional rule set into the Pro League I think it would mean a lot more attention for esports in general. Thats probably the only thing I can think of at the moment. I’m sure more ideas will come after the games release.

MP1st: What type of class or load-out set-up do you predict competitive Call of Duty players will adopt in Black Ops 2?

The Mak: Firstly, my favourite weapons from the new game were the XM8 assault rifle and the Scorpion sub machine gun. In terms of competitive classes it’s difficult to guess. As a community, we tend to play the game for a couple of weeks before we start making decisions, but to be honest, I would expect most competitive players to use; Dead Silence, Slight of Hand and Quick Draw or perks to those effect.

MP1st: What’s your favorite Call of Duty title so far, both personally and/or competitively?

The Mak: My favourite title – and I think a lot of competitive gamers will agree – has got to be Call Of Duty 4: Modern Warfare. It just seems to balance everything better than any of its successors.

MP1st: What games, other than Call of Duty, do you enjoy for your own leisure?

The Mak: Well I’m pretty addicted to League of Legends. It’s the only game I maybe play as much as call of duty to be honest, but I also enjoyed the standard games like FIFA and football management games.

MP1st: Any upcoming competitions or events that you’re involved in that we can look forward to?

The Mak: The last big event for MW3 is EGL8, which is in Manchester in October. So I’m looking forward to that as it should have more than 100 teams from across the world in attendance.

Also, make sure to check out and subscribe to his brand new YouTube channel for some neatly edited and entertaining competitive games as well as some tips and tricks to help step up your game.

We wish Scott “The Mak” Brass all the best in his upcoming gigs and beyond!