Counter-Strike is a tactical first person shooter that originated as a mod, created by Minh Le and Jess Cliffe, for the first  Half-Life title produced by the famed Valve Software.  The game became an instant classic pitting Counter-Terrorist operatives against their Terrorist counterparts, comprised of round based gametypes that saw players either planting/defusing bombs, rescuing hostages, or simply eliminating the opposition.  Counter-Strike’s popularity with professional gaming leagues and a dedicated fanbase for over a decade is a testament to the tried and true gameplay mechanics that made the title so successful.  For the first time on current-gen consoles, players have the ability to experience Valve and Hidden Path’s latest iteration, Counter-Strike: Global Offensive, on both the PS3 and the Xbox 360.  After a couple hours reliving old moments on the 360 version, I can say with confidence that CS:GO captures the spirit of what made it so well known in the PC gaming realm. 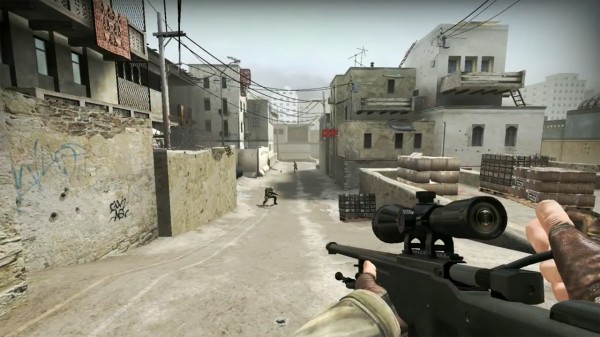 Retaining influences from both CS:Source and 1.6, old timers will be pleased to know that the gameplay for CS:GO is relatively intact.  Wielding knives will make you move quicker, crouch jumping will help you traverse certain obstacles (can be done on 360 by pressing jump and the left trigger by default), and objective based modes are what you’d expect.  New players however may be turned off by the inability to aim down weapon sights, absence of aim assist, small player count (10 players max), and the overall learning curve that is sure to frustrate newcomers.   Counter-Strike has always been about skill, precise aiming, teamwork, and understanding maps.  Consoles are no different and I highly recommend new players to practice each gametype/map offline with bots and familiarize themselves with the weapons/equipment through the title’s included “Weapons Course.” 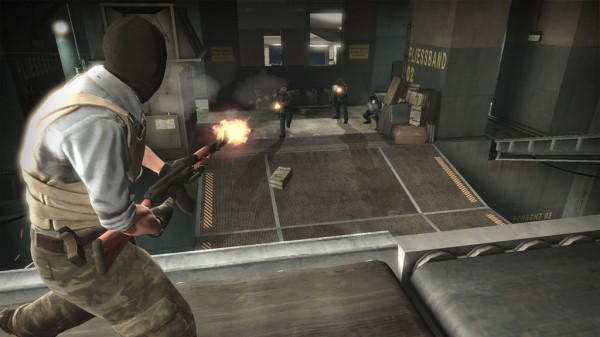 For experienced players, there are familiar and new modes added to the CS formula consisting of these 4 gametypes:

Arms Race:  Also known as Gun Game where each kill awards you with new weapons. The first player to kill with every weapon wins the round.

Demolition: A new and unique game mode that rewards players with new weapons in a preset weapons menu by getting kills within a round.  Round is won when the enemy team is eliminated or if objectives are completed.

Classic Casual: The typical Counter-Strike game mode where you must buy weapons by earning currency through a buy wheel when a round is about to start. Currency is earned by getting kills or completing objectives.  In Casual mode, friendly fire is off along with team collision, meaning you can’t bump or be blocked by your teammates.  Best out of  10 rounds wins the match.

Classic Competitive: By far my favorite gametype since it closely resembles my first time playing CS  in version 1.3.  It is similar to Casual except friendly fire is on along with team collision.  Armor and defuse kits are also available and is best out of 30 rounds.

There are 8 new weapons featured in CS:GO, some which replace older weapons from previous iterations like the MP7 sub-machine gun or the Nova shotgun.  16 maps in total are available from the get-go; 8 of which are returning updated classics found in the Classic game modes, while the 8 newer maps are spread across the Arms Race and Demolition game modes.

Graphically, like most Valve titles, CS:GO employs the Source engine running at 30 frames per second on consoles.  While definitely showing its age, it is more than offset by fantastic player models and weapon models that have been mirrored properly this time around.  Revamped maps are also pretty to look at and will most likely drive home the nostalgia factor for seasoned veterans. 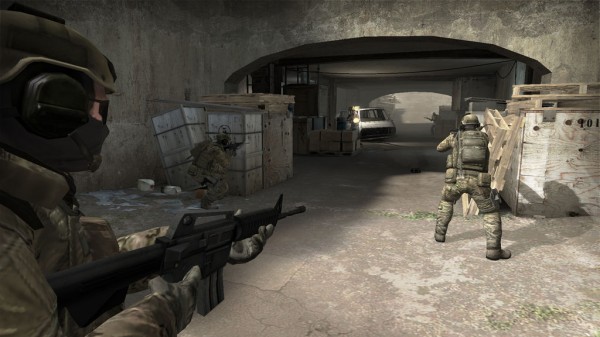 If you are familiar with playing The Orange Box or the Left 4 Dead series on consoles, you’ll feel right at home with the controls for CS:GO.  Like Left 4 Dead, the console versions allow you to turn 180 degrees with the RB button to make up for the console’s slow turn radius when an opposing foe catches you off guard from behind.  One aspect of CS:GO that I really like is that controls can be mapped to any button you please.  If you have a controller with extra programmable buttons, you will definitely benefit from a wide range of control options that allow you to deploy equipment or primary/secondary weapons.

While there are some subtle changes to maps, weapons, equipment and the buy menu, CS:GO for the Xbox 360 works surprisingly well preserving both the gameplay and tactics that defined the franchise. Additionally, as a PS3 player, you always have the option of a mouse and keyboard for that more classic PC experience.  In summation, for a dominantly PC oriented game, CS:GO is a worthy addition to consoles if you are either an experienced player or a newcomer who is patient enough to stand the title’s drastic distinction to other shooters along with its steep learning curve.

Have you had a chance to sit down with Counter-Strike: Global Offensive on either the PC or consoles yet? What are your thoughts? Let us know in the comments below!