by Graham
in Features

After a decidedly unimpressive showing at E3 2010, Ghost Recon and its developers Ubisoft Paris went into stealth mode for almost an entire year, tweaking and tuning the game in order to please the fans of the series as well as garner interest in new players. After a number of reveals over the past six months, including an impressive stage demonstration at Gamescom, it appears as though Ghost Recon Future Soldier will not only be an acceptable 10th entry into the franchise, but also take it to new multiplayer heights. Currently scheduled for a March 6, 2012 release, the online multiplayer portion of GRFS is looking to challenge some of the big hitters at their own game.

Many of the adjustments and enhancements made to the multiplayer portion of GRFS are minor, but combined they make for a drastic change an improvement to an already solid, if a little generic, multiplayer series. The cover system has bee refined, allowing Ghosts to seamlessly move from cover to cover in quick SWAT-turns reminiscent of Gears of War. Sprinting is quick and necessary; running from cover to cover will keep you alive in GRFS, as most cover is destructible and degradable, and with the plethora of airborne enemy equipment tracking your position, staying put will likely get you fragged. 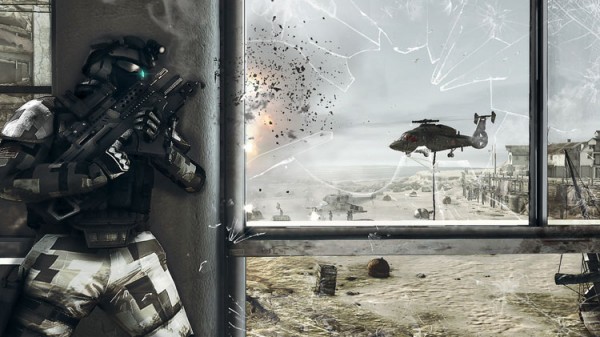 Many of the minor additions to GRFS seem to be cribbed from other successful games, and the borrowed elements fit Ubisoft’s shooter like a glove. In an odd twist, the two most obvious HUD additions are lifted from EA’s Dead Space series. In Dead Space, players can click in the thumbstick to reveal a brightly lit line on the ground, directing them towards their current objective. It is a helpful feature that cleans up level navigation and pathfinding. In GRFS, the same button-activated line will appear to lead players towards the current map and gametype’s objectives. This is a minor yet incredibly helpful feature that should have been regularly implemented into online multiplayer games years ago. From the first day of play, players will know exactly where to go in an online match, and the pathfinder will greatly aid in the team-based focus of the game. Another basic HUD tweak inspired by Dead Space is the W.A.R., or Weapon Augmented Reality. Stemming from the player’s equipped weapon will be a virtual display of ammunition and clips, helping the player recognize reload and resupply times without having to look at the far edge of the screen. 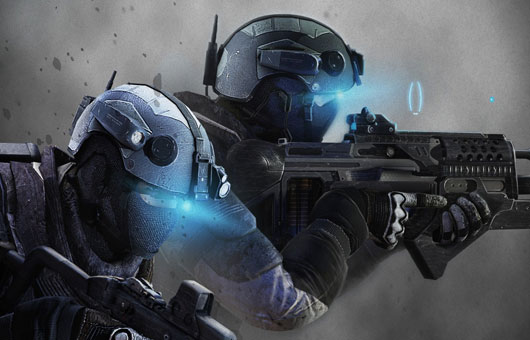 Weapon customization has become an implied requisite in every modern multiplayer shooter, and the unique gun options and tweaks that made the Modern Warfare series such a massive success look to be dwarfed by Ghost Recon’s new Gunsmith. Gunsmith allows the player unparalleled customization with each and every weapon, from overt additions such as scopes, optics, and barrels, to minuscule tuning such as the gas-powered firing mechanisms and trajectory mechanics. Each of the three classes features a variety of weapons and equipment, and the extensive customization options are sure to keep players invested and gameplay fresh for months. 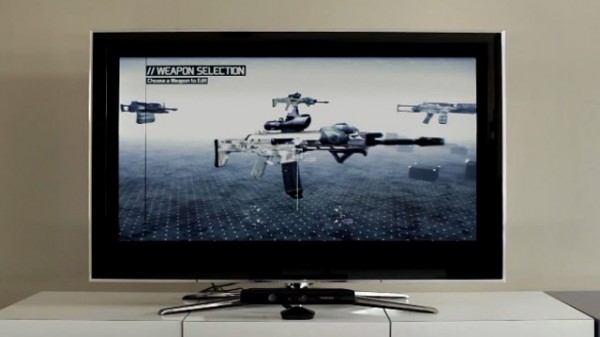 While there seems to be a division between popular multiplayer shooters, with science fiction and futuristic games clashing with modern military titles, GRFS will erase that disconnect and offer up a battlefield appealing to both. While the game features the standard modern military weapons, environments, classes, and aesthetics, the equipment and abilities are more reminiscent of Crysis or Halo than Modern Warfare. The light-bending suits that the Ghosts don provide limited time of complete invisibility, and the stun gun can paralyze an opponent, giving the attacker a precious few seconds to hack into the downed enemy’s suit and gain precious intel. This intel will offer the player and his team information as to the location and status of the paralyzed player’s teammates. The drones also play more akin to Aliens than Black Hawk Down, and are flyable and drivable by the player, and operate like a souped-up version of Battlefield’s UAV fliers. This marriage of the futuristic and the modern will do well in bringing together a wider player base. 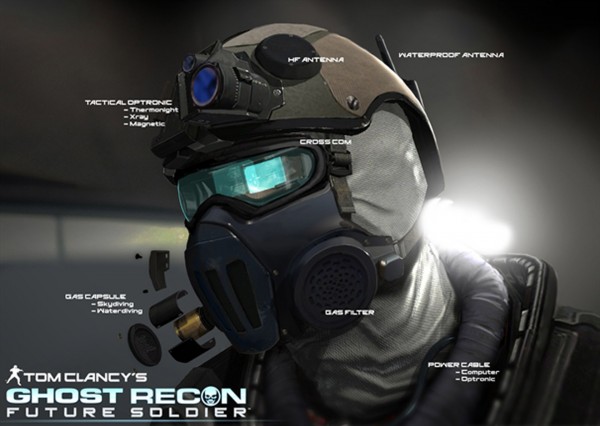 Ghost Recon will ship with 4 different competitive multiplayer game modes, each featuring a heavy emphasis on objective play (even their version of Team Deathmatch is based around objectives). In addition to these modes, a fleshed-out cooperative campaign and a main story campaign will offer players a huge amount of variety in how they wish to tackle the game. Ubisoft is also one of the few developers that appears to be taking core Kinect gaming seriously; the game is playable with the motion-controlled add-on, and operates rather fluidly (if E3 and Gamescom demos can be trusted). For instance, to fire an equipped weapon, the player just opens his hand. To stop firing, he closes it. Whether the entire Ghost Recon experience will be playable with Kinect, or just the Gunsmith and a few specific game modes, has yet to be confirmed.

Ghost Recon is shaping up to be a killer multiplayer game, and will launch at the right time; by March, many of the early Battlefield 3 and Modern Warfare 3 adopters will be itching for some variety. Most retailers are already accepting preorders for the game’s March 6 release date, and Gamestop preorders will be instantly (and freely) upgraded to the Limited Signature Edition. The Signature Edition will include an exclusive head customization mode, 2 new in-game weapons, a new cooperative map, and a Penny Arcade weapon skin. 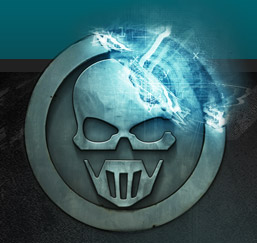 Stay tuned to MP1st; we’ll continue to bring you information and coverage of Ghost Recon Future Soldier and other upcoming multiplayer games. Make sure to follow us on Twitter and Facebook! Speaking of upcoming games, check out 8 Upcoming Fighting Games Worth Brawling For.

Battlefield 3 Patch Details: Jets, Pistols, and UMP will be Adjusted and More

Battlefield 3 Patch Details: Jets, Pistols, and UMP will be Adjusted and More