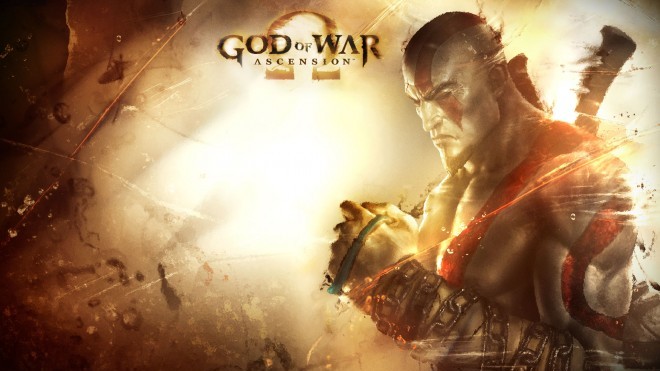 When Santa Monica announced that the God of War series would be receiving Multiplayer, I had my doubts. The game, up to this point, has been known for its amazing single player story. To add an MP element to a game dedicated to single player seemed like the wrong move and angered many fans. With the Beta finally underway, my doubts have now been replaced with anticipation.

The intro of the game starts you off with a default warrior. Like Kratos, you are nothing but a mere mortal – that is until you pledge allegiance to any of the four gods. The Beta only has two available, whom are; Ares, The God of war, and Zeus, The God of Olympus. Despite being able to select which God you’ll side with, the actual lobby has the option to switch between the two – each of them having different levels and unlocks.

I am extremely impressed with the leveling up system. Like any multiplayer game out there, you’ll level up with XP earned through matches, kills, and completing other objectives. Once you gain a level, you’ll earn unlock points, which are used towards new armor pieces (head, body, and legs), weapons, relics, and items. Things get a little bit more in-depth once you discover that even certain things like weapons have their own leveling system. This shouldn’t come as a surprise seeing that the single player has upgradeable weapons as well. There’s plenty to unlock just in the beta alone, and I can’t imagine how much more will be available in the final release. But for once, it feels nice unlocking new things in a multiplayer.

However, this is where I see a huge balancing issue. When I started the beta at the exact time it launched, I had no issues with balancing. Everyone was the same level, had the same amount of armor, etc. I could kill multiple opponents with a fair amount of challenge. Now, if I were to restart my character, that would be a completely different story. Joining a game at level one vs. level 10 opponents is hardly fair, considering the amount of armor and better weapons they have access to. Things can easily become lop-sided. Though I liked the leveling system, some balancing between what kind of players you’re matched with would be nice in a future update. Dodges and the counter system do help with this, but it certainly isn’t enough at times. Your best hope is to try to level up as quickly as possible.

For those who played any of the God of War titles, you’ll know exactly what you’re getting yourself into in terms of gameplay. For those who have not, shame on you! Well, no. But I do suggest playing them as they are great titles. Anyway, you can expect this title to play very much like a hack-and-slash except for one giant difference. One thing that has been remarked about the God of war series is the fact that the combat system is just mashing buttons. In truth, this style of play won’t get you very far in the Multiplayer; at least it didn’t for me. At a low level vs. higher levels, it’s wise to stay away and be on your guard. Once you’ve leveled up, you’ll want to perform combos on your opponent. Combos play a huge role in the Multiplayer and can definitely decide the turn of the battles. As said before, there is a leveling system and it’s wise to make use of it, as better gear means staying alive a lot longer.

But, how do I feel about the gameplay? Well I absolutely love it. It has a strong feeling of the single player mode thrown perfectly together with multiplayer elements. It runs perfectly smooth with fast-paced combat around every corner – not to mention all the blood, one of the best things about God of War. In one of the two game modes available (Team Favor of The Gods), you and 3 others go up against 4 other players on an arena, battling to regain control of the map, which has a giant Cyclops chained to it. Besides your normal weapon (sword or hammer, currently), you’ll be able to pick-up available ones on the field such as a hammer or a spear. These pick-up weapons are very powerful and can be used to your advantage when performing combos. For me, this mechanism is always fun to have in any game, as it quickly turns into a race to see who can kill who and for what.

Overall the Beta shows many promises, and though it needs work (thus Beta), I can definitely see this being a multiplayer title to be on the lookout for in 2013. Santa Monica, you guys keep doing what you’re doing. We have complete faith in you guys and trust that the final build of multiplayer will end up being just as great as the Single Player.