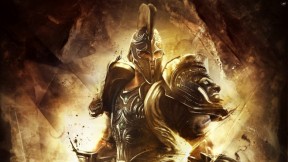 News 3 After teasing us yesterday, Sony Santa Monica Studio has revealed today a whole new set of weapons for God of War: Ascension that are currently available for downloading. So, what makes this weapon DLC any more special than the others? Well, Santa Monica has implemented even more co-op features and with these weapon,s you’ll be able […] 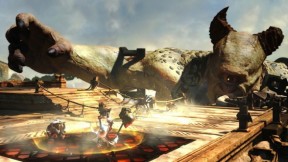 God of War: Ascension To Get Free Multiplayer Maps, More DLC Being Worked On News 3

News 3 God of War: Ascension received some new DLC yesterday, which included new weapons and armors, but beyond that, many users were curious about the new maps shown in the recently released DLC trailer asking whether or not the season pass holders would have to pay for these. Well, the good news is that no one […] 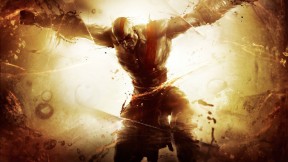 News 3 For those of you still slaying away in the newly released God of War: Ascension multiplayer, good news awaits you. Update 1.04 addresses some key issues that were identified and diagnosed by the talented development team at Sony Santa Monica. The biggest enhancement in update 1.04 will be the increase of the level cap. Once […]

News 4 With God of War: Ascension launching worldwide two weeks ago, developers at Sony Santa Monica have been hard at work gathering up feedback. With the first GoW multiplayer experience finally available in Ascension, the team is taking in feedback from all different types of forums in regards to weapon balance, glitches, bugs, added features and customization. […]

News 2 With less than one week away from the release of the PS3 exclusive, God of War: Ascension, Santa Monica and Sony announced that, for the first time, God of War will feature a co-operative game mode. Called “Trial of the Gods,” you and an additional player will be put up against five waves of enemies. […] 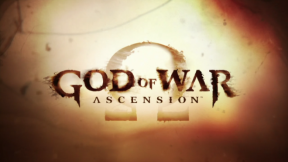 News 10 God of War: Ascension is just a few weeks away and Sony is already prepping for launch. First on the list of items is the launch trailer. Eager for more? Well here’s some good news. If you weren’t apart of the Rise of The Warrior challenges, then you missed out on the incredible Single Player […] 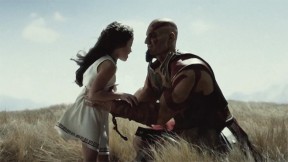 News 9 After releasing a small tease yesterday, Sony has finally revealed the full live action trailer for the PS3 exclusive, God of War: Ascension. While we are on the subject of it, they have also revealed that this month, a new demo will be appearing on the PlayStation Network. For those who have been participating in […] 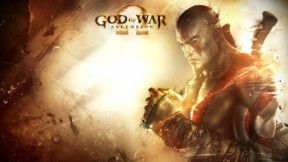 God of War: Ascension Beta Open For Everyone With Special Code, Ends This Monday News 20

News 20 Here’s some good news for those who don’t have PS+ and haven’t been selected for the God of War: Ascension Beta. Sony has opened the beta up for all users to download, only with a special access code. The code below has infinite use, so you don’t have to worry about someone snagging it away. F2TA […]

News 15 When Santa Monica announced that the God of War series would be receiving Multiplayer, I had my doubts. The game, up to this point, has been known for its amazing single player story. To add an MP element to a game dedicated to single player seemed like the wrong move and angered many fans. With […]

News 4 With the God of War: Ascension beta finally kicking off, Santa Monica has revealed a brand new multiplayer trailer showing off the game in all it’s beautiful gore. That’s not the only thing that Santa Monica had to share today. If you played The Rise of Warrior and happened to be on the losing side […] 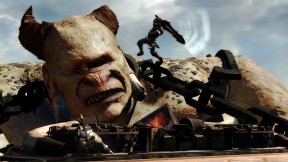 News 11 For those who recently received a God of War: Ascension Multiplayer voucher Code from Rise of The Warrior, wait no longer as you can now officially start downloading and playing the beta. The Beta weighs in at 2 GB (including the latest Patches), which should take no longer than an hour to download, though speeds […] 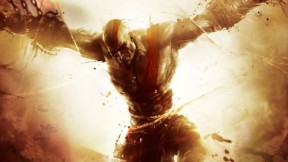 News 14 As of today, players of the Rise of The Warrior Challenge will be able to get their early Beta Access code for God of War: Ascenion. Though I was on the winning side (Spartan’s), according to the tweets made by Santa Monica, the Beta is available to both teams. That means if you were on […]

News 5 Early God of War: Ascension multiplayer Beta is almost among us, as players of the browser title, Rise of The Warrior, near the targeted point mark. Updated: It appears that the Spartan team has won the competition. When codes will be going out is not known at this time, but expect it to be real […] 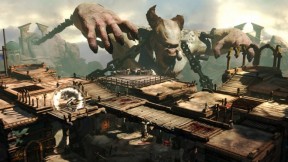 News 2 Get a behind look scene at how the guys over at Santa Monica have been developing the multiplayer for God of War: Ascension, an idea that has been in the making for over two years. We also get a chance to become much more intimate with the mighty “Megaclops.” 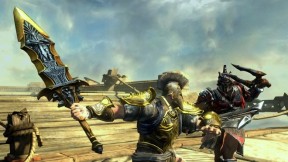 News 2 In this latest Ascension trailer, you’ll get a sneak peek at the God of War, Ares. Brought into a world full of violence, the Ares class allows players to control immense strength, allowing them to set ablaze to any opponent that opposes them. So what do you guys think? Out of the two classes shown […]

News 4 Santa Monica and Sony revealed today two brand new trailers for their upcoming, hack and slash epic, God of War: Ascension. Along side this, they have also detailed when players can expect the beta to drop and whats inside. Zeus, the almighty God of Olympus will be the first of the four gods that players […]

News 13 Sony Computer Entertainment recently released yet another God of War collection titled “Saga”. The collection came packed with God of War 1-3, Ghost of Sparta, and Chain of Olympics. There were also some bonus content such as skins and a free month of PS+, which may have revealed the date of the multiplayer Beta. Labeled […]

News 14 Video game beta’s have been popping up left, right and center in the past while and it’s becoming harder and harder to keep track of all these amazing games that developers want you to try out before they release. Fear not. We’ve rounded up 10 beta’s that are currently accepting registration, some of which are […]

News 9 After being rumored for nearly a year now, one of Playstation’s most beloved franchise, God of War, is making into the competitive world of online gaming. Today, Sony Enterntainment and Santa Monica announced that God of War: Ascension would feature full, 8-player competitive online multiplayer modes. The game will be heavily focused on team interaction, […]