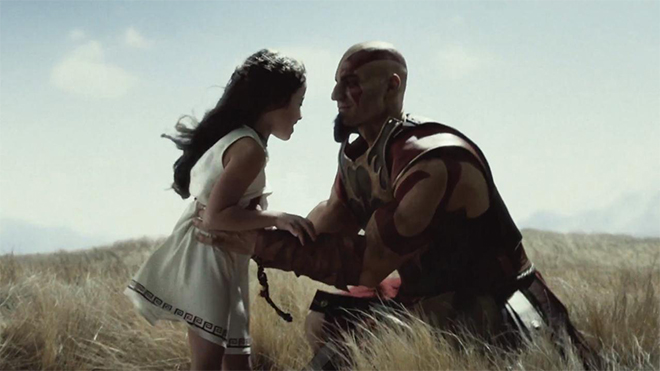 After releasing a small tease yesterday, Sony has finally revealed the full live action trailer for the PS3 exclusive, God of War: Ascension.

While we are on the subject of it, they have also revealed that this month, a new demo will be appearing on the PlayStation Network. For those who have been participating in the God of War: Rise of The Warrior social networking game, you’ll be able to get your hands on the demo early, before it releases on the net. The demo will be single-player and will be different from the one shown off at E3 and the one packaged in Total Recall. Gametrailers premiered the first 30 minutes during last nights GTTV, which you can view here.

If you missed out the recent multiplayer Beta, here’s some gameplay footage, courtesy of WreckedPixel.

So what do you guys think of the new trailer? Does it capture a more human side of Kratos?