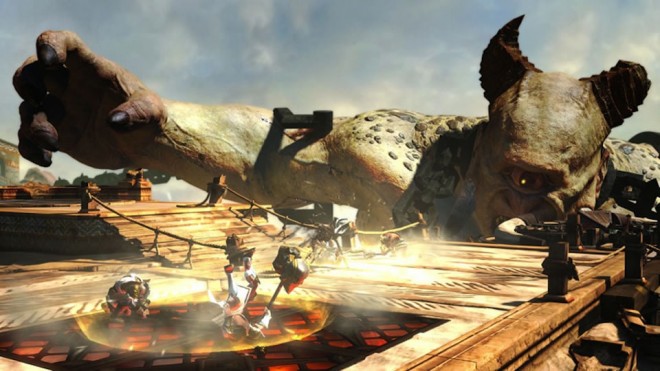 With the God of War: Ascension beta finally kicking off, Santa Monica has revealed a brand new multiplayer trailer showing off the game in all it’s beautiful gore.

That’s not the only thing that Santa Monica had to share today.

If you played The Rise of Warrior and happened to be on the losing side (Trojans), it appears that the Gods have shown mercy and have decided that you’ll be joining the blood-fest on the 17th (Monday) of December. So, be on the look out for your beta code on the official God of War website. Lastly, the PS+ date has finally been announced. For those who are subscribed or will subscribe, you can expect to join the Beta on January 8th, 2013.

So for those who are currently in the beta, what are your thoughts?