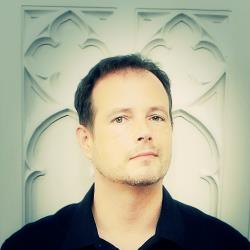 H-Hour World’s Elite is set to deliver a lethal military shooter experience on the PC and PlayStation 4, but not without the support of the community for which it is being built. That’s why Sears, along with SOF Studios head, Tom, have initiated a kickstarter campaign to help gather funds in order to get the project off the ground. We would love for you to check it out, and consider donating if it’s something you think you’d be interested in.

If you’re itching to learn more about H-Hour: World’s Elite, you’re in the right place. We recently got the chance to talk to creative director, David Sears, about the game and to get his thoughts on what it means to be a real military shooter.

Listen in below and refer to the timestamps for specific topics.

0:45 – What type of people are involved in the making of H-Hour: World’s Elite in terms of game development and real-world know-how?

6:40 – For those inexperienced with the early SOCOM games and are more familiar with the popular, fast-paced, action-packed, AAA shooter of today, what do you think is going to immediately strike them as different or, perhaps, challenging?

13:05 – It sounds like H-Hour is going to be as lethal as ever and extremely unforgiving, but you have ways to help improve players and keep them in the game. Could you provide an example as to how some of the in-game tools you are providing will help players better themselves?

20:30 – A lot of shooters throw these words around in their promotional material, as you mentioned yourself in your Kickstarter video, but how exactly are you going to make H-Hour a “tactical” and “team-based” experience?

24:20 – Clan support has always been a strong point for the SOCOM series. What are some of the biggest improvements you are making with H-Hour over previous SOCOM titles?

27:50 – Could you go into a little more detail regarding the first-person and third-person views? Will players have a choice between the two, or will the gameplay incorporate both views as the player shifts between taking cover and aiming?

29:00 – Since you guys aren’t being backed by a major publisher, what sort of things are you doing with H-Hour that you think bigger publishers might find risky?

33:15 – Could you spare a few wise words regarding the future of military-inspired shooters? What sort of hopes and dreams do you have for the genre?

If you liked what you heard from Mr. Sears, please pay his kickstarter page a visit!

Keep an eye out for more H-Hour: World’s Elite right here on MP1st!