by Den Kovacs
in Features, Reviews

Legends. They are the posters we hang up on our walls, the subjects of the monuments we build, the role models we strive to be; And in this case, the ones we play.

Halo is more than just the face of now three generations of gaming. It is a legendary mark of innovation from developers Bungie and 343 industries’ efforts to mix compelling storytelling and competitive multiplayer all into one little sci-fi package. Halo capitalized on something very special with its innovative design to put a competitive first-person shooter game on a console, and that something was personalized relationships between friends and family alike by offering an insanely fun multiplayer right out of the box.

Halo is arguably the reason why the Xbox brand even exists today. Even so, Halo has gathered a massive following throughout its 13 years, numbing the minds of gamers with its sci-fi delicacies and a robust universe (seriously, read the books, they’re all canon and a really good read).

As with all memorable sagas, now arrives a definitive collection of the Halo legend to celebrate the franchise’s longevity, a collection that stars the faceless and mysterious protagonist Master Chief, a Spartan saving humanity from a collective of alien races known as the Covenant. We (as in Halo fans) have been screaming for something like this ever since Halo 3 dropped, imagining how amazing something of this magnitude would possible be. After having waited for so long, we now finally have it in our grasp having launched last November, but the question is – Is it worth it? Has it lived up to the hype? Is it really everything we’ve ever wanted out of Halo? Why did we wait so long to review it? 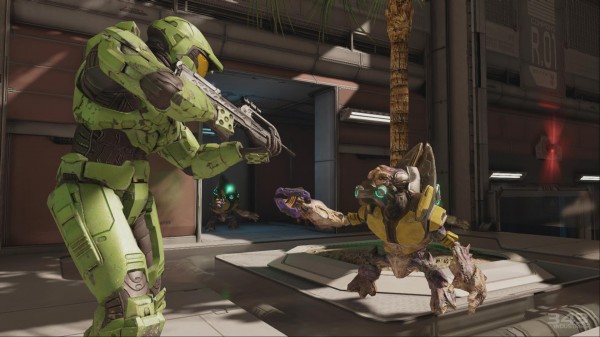 A Legacy On One Disc

Halo has always flourished in its ability to deliver a satisfying challenge to players with its multiplayer offerings, and one of the most notable things about the multiplayer is how insanely fun and diverse it is. Each installment in the franchise has shown that, but with Halo: The Master Chief Collection, you get to experience the scale of it all with a truly massive amount of multiplayer content right out of the box. Halo 1, 2, 3, and 4 all return with every single map ever officially released as both vanilla and DLC versions, including beautifully reimagined maps in the re-mastered Halo 2: Anniversary Edition to give you a grand total of 106 in all. On top of that, Forge returns as it was in Halo 3 and 4 but now also supports the new Halo 2: Anniversary with a number of improvements in addition.

All of it is neatly presented in a completely unified user interface design on one disc, so there’s no swapping between older title menus, with social add-ons that track score and completion times of campaign progress, etc. 450 Achievements, both new and familiar, are also in the box to earn or re-earn. Multiplayer is broken down into various playlists that mix and match game types across different Halo games or that remain exclusive to one title. Players can choose separate controller schemes for each Halo title or pick a unified layout that carries across all titles.

To match up to more modern standards, all titles are also upgraded to a 1080p resolution and run at 60 frames per second, which is twice as fast as the previous generation versions. It’s a game-changer and in a good way. Meanwhile, Halo 2: Anniversary is built on the Halo 4 engine to provide a very refreshing and visually pleasing take on a old classic with brand new music and sound effects. Like Halo: CE Anniversary, swapping between old and new in Halo 2: Anniversary’s campaign is just a press of the button that is now instantaneous.

If classic Halo 2 multiplayer, button glitches and all, isn’t everything you remembered and more, the Anniversary Edition offers a selection of fan-favorite maps re-imagined for a new generation, including Lockout, Ascension, Zanzibar, Coagulation, Warlock and Sanctuary, along with some new weapon pick-ups and vehicles.

With so much to offer, you get to enjoy a vast amount of multiplayer mo… Well, actually, that’s the thing. You don’t. 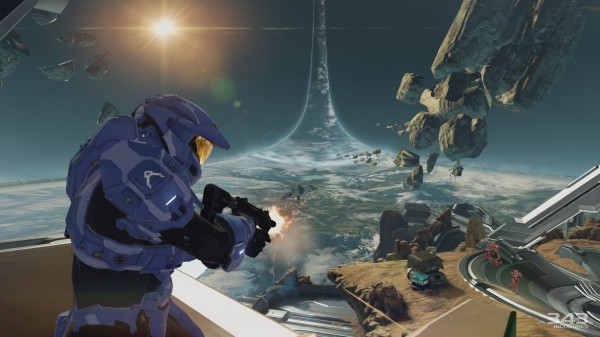 For Failure Such As This, No Punishment Is Too Great

If you’re a returning fan, you know how fun Halo can be; You’ve seen everything from one player carrying the team to victory to epic comebacks in highly competitive gameplay. But, the chance of all that happening again is overshadowed by the lack of decent online matchmaking since November.

Halo: The Master Chief Collection has sat abruptly broken in this department, causing an experience that’s not only unpleasant but angering. Custom Games remains functional and are what the majority of players have had to make due with, but Halo has always been about beating down complete strangers miles away in an online environment.

After one month of frustrating sessions of trying to find the the two players against your full team in The Master Chief Collection’s unbalanced matchmaking (when it does actually work), it seems that things have now improved tenfold patch by patch, of which there have been more than you can count on your ten fingers since launch. Now, waiting to be paired into games no longer takes an hour, though it still isn’t perfect. The fact that 343 Industries, in an effort to give players the ability to actually play with others, took away most of the playlists and slimmed it down to the barebones of what makes Halo; Halo, is a bit disappointing.

As of this writing, the only playlists that consist of the possibility to play multiplayer game types that aren’t Halo 2 are Halo 3, Big Team Battle, Team Slayer, and SWAT. It clearly deprives the Collection of being what it should have been at launch and, as many might feel, I shouldn’t have to wait until 2015 to actually play a fully-realized and fully-functioning Halo: The Master Chief Collection.

Packaging a multitude of completely different Halo engines into one online multiplayer package can be a painstaking and risky ordeal with plenty of room for error. Unfortunately, it doesn’t look like 343 Industries was able to overcome those challenges. Still, I honestly expected more from a developer and publisher who showed that they were going out of their way to offer their fans a piece of nostalgia that brought an entire series together. Taking an honest look at the state of the game before launch and allowing for more development time, delaying the launch if necessary, would perhaps have faired better for everyone. For failure such as this, no punishment is too great. 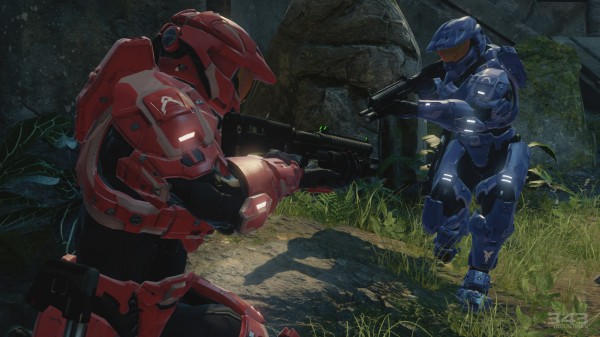 Halo has always been the trophy of Xbox and has created such a diverse way of experiencing online multiplayer over Xbox Live that it is unparalleled to other games. Offering every piece of content from all four Halo games along with the Anniversary Editon of Halo 2, Halo: The Master Chief Collection is a shining example of value priced well below what it could have been offered at.

With that said, it’s been far too long that die-hard Halo fans have waited for such a collection and yet the multiplayer, the most anticipated pillar of the franchise, seems like it was the last thing that was touched before the game was released. Buying this game one month later is a foolish mistake and I highly recommend avoiding it for the time being.

We have decided that this review-in-progress will be updated every other patch that is released because we know Halo is a great game just plagued with temporary problems. A lot of you are holding on to your wallet after initial word-of-mouth, so if you are still itching to immerse yourself in a definitive Halo experience on Xbox One as soon as it becomes a polished product, be sure to check back for updates. 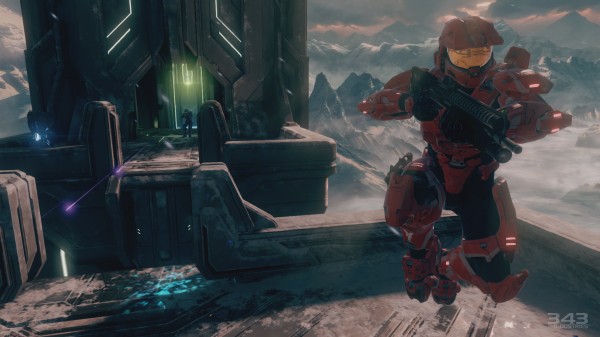 This review remains a work-in-progress until Halo: The Master Chief becomes a fully-functioning and polished product with more to examine and explore. We’ll keep you update in the meantime.

Call of Duty: Advanced Warfare’s Gets Its First Batch of Micro-DLC, Includes Exos Of The World

Call of Duty: Advanced Warfare's Gets Its First Batch of Micro-DLC, Includes Exos Of The World