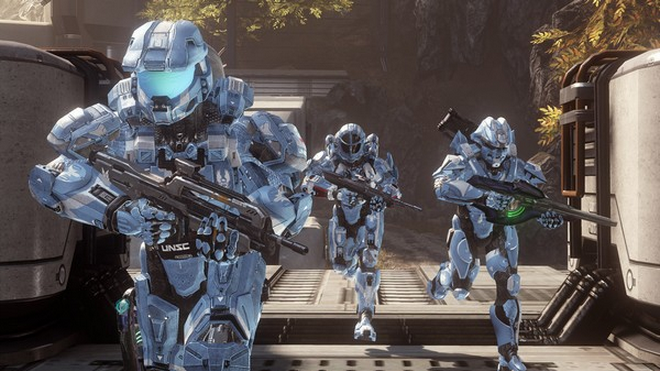 After sinking my teeth into the June 3rd Halo 4 weapon tuning update for the past couple days, I finally put my controller down for a second to give my impressions thus far. While you can read the full list of changes here, let’s elaborate a bit on how all the changes affect the game itself.

An immediate change you will notice is the prevalence of automatics in Halo 4 matchmaking. Unless there was a daily challenge associated with them, weeks could pass before an automatic weapon made an appearance previous to this update. Players seem more apt to bring it to battle thanks to the tweaks. The damage buff to both the Storm Rifle and Assault Rifle may seem subtle, but it definitely improves your chances of finishing a kill. Since the magnetism of the auto-aim has been reduced on automatic weapons, getting kills at anything beyond close range can prove to be difficult unless there’s an assist from teammates. That being said, should you get first shot within a fairly close distance, your success of getting the kill in a head-to-head battle is almost guaranteed now. No more getting outgunned by a DMR in close range.

The rebalancing to scoped weapons is a bit more complex. In my testing, I’ve found the Carbine to be the best at close range, the DMR and BR at mid-range, and the Light Rifle at long range. If you’re the type of player who likes to sprint in for a melee and finish with a headshot, then the Carbine is definitely your weapon. Once the shield is popped from a melee, all it takes is one shot to the head for the kill. The Carbine has the highest rate of fire and minimal bullet spread which makes finishing an enemy a breeze, even if you miss your first couple of shots. At longer distances the Carbine may not hold up as well as some of the other weapons, but the increased damage still makes the Carbine a formidable choice.

The BR’s rate of fire has been reduced, but I feel it still fires faster than it’s Halo 2 & 3 predecessors. Although it is now possible to pull off a 4-shot kill, the slightly reduced magnetism and rate of fire takes some getting used to before you’re capable of doing it regularly.

Reduced auto-aim magnetism and range make the DMR feel almost entirely unfamiliar. The tweaks are subtle, but I felt like I needed to adjust how I was leading enemies with my reticule at all ranges (the increased movement speed might be a factor here as well). The main benefit of using the DMR before was the absence of bullet spread combined with the long auto-aim range. Since the range has been reduced to be more in line with other scoped primaries, I can easily say the DMR is now my least used weapon of all the primaries (automatics included).

While I haven’t been a big fan of the pro variants in matchmaking, the weapon tuning has made these gametypes more appealing. Without armor abilities, I felt that pro variants were fairly dull and boring with players generally only using DMRs or BRs. Thanks to the tweaks, there’s a lot more weapon variety from match to match. The AR can prove to be quite the useful wild card. From my experience, a close range AR combined with a scoped weapon kills faster than two scoped weapons focused on one enemy. Since pro variants don’t have radar, getting into close range undetected with the AR is a lot easier than you might think.

Sprinting can still be used as a crutch for those who make too many aggressive advances, but those who know the map layouts as well as the new strengths and weaknesses of weapons will have the most success. The DMR is no longer the de facto weapon for every match, so you’ll definitely want to re-examine which weapons are suited best for each map.

Overall, the weapon tuning update is a big step in the right direction. Instead of worrying about running into a player using a DMR, players can focus on deploying the best strategy for their weapon of choice. While the reduction of auto-aim range and magnetism may be a put off for less experienced players, the bevy of tweaks will definitely provide a more strategic and enjoyable experience for the rest of the player population.

Have you tried out the weapon balancing update? What do you think of the changes? Do you still have the same favorite weapon or has it changed since the update? Let us know in the comments below.