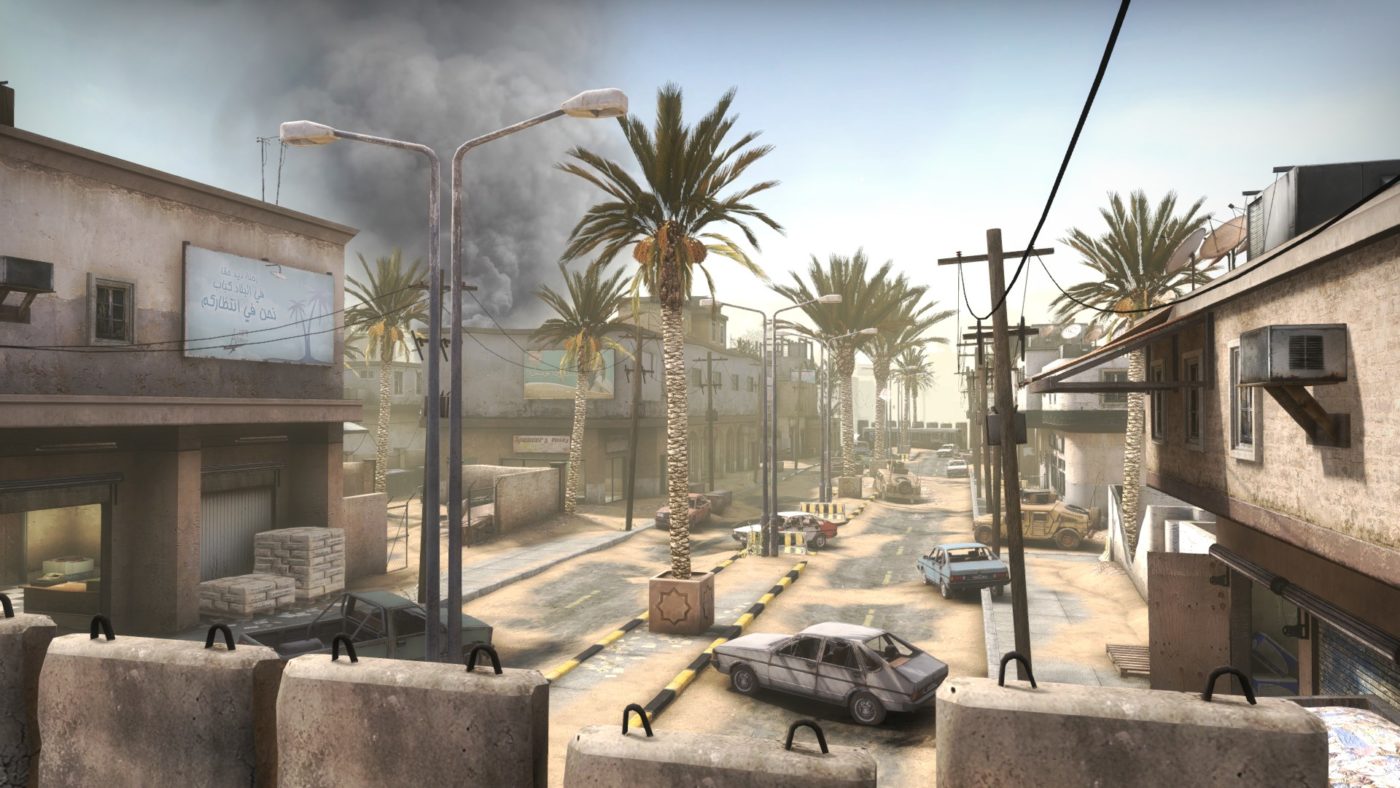 From their humble beginnings as creators of the original Half-Life 2 mod, Insurgency: Modern Infantry Combat, New World Interactive are taking a crack at a fully-realized tactical PC shooter built from the ground up, and it’s pretty awesome.

Their latest work, simply dubbed “Insurgency“, is not for the faint of heart. It’s difficult and it’s unforgiving, but it’s a lot of fun. It’s also exactly what the genre needs right now: a shooter that isn’t afraid to let go of your hand and build you up as a true modern combatant through hardship and adversity.

But like real life combat training, you’ll learn to think on your feet, act with precision, hone your skills, and work with other members of Insurgency’s surprisingly helpful community. So, on your feet, soldier. Let’s talk about Insurgency. 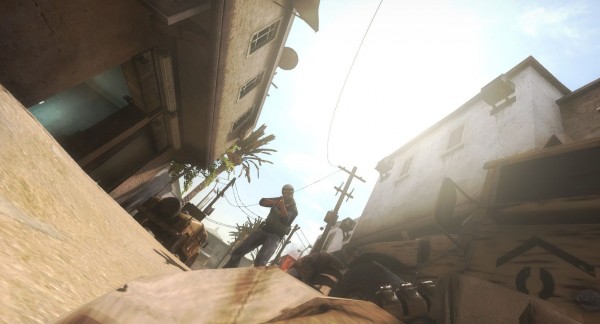 Insurgency is sectioned off into three modules; Tactical Operations, Sustained Combat, and Cooperative vs. AI, along with an additional training course and practice mode. The training course is highly recommended, as it will familiarize you with a number of the game’s mechanics, some of which differ from today’s modern shooters. Practice mode sets you up against bots in a competitive multiplayer environment and is a great way to learn the game modes before heading off into the real, slightly less forgiving thing.

Tactical Operations are made up of intense, suspenseful, and objective-based game modes where you’ve only one life to live. But unlike traditional no-respawn modes where you must wait until round end to redeploy, a successful capture of an objective in a game mode like Firefight, comparable to Domination in games like Call of Duty or Battlefield, will reward your team with reinforcements, bringing incapacitated friendlies back into the fight. Likewise, in Search and Destroy, reinforcements are granted upon destroying one of the enemy’s caches. VIP Escort has one team escorting a VIP to an objective while the opposition attempts a successful ambush.

Sustained Combat consists of wave-based modes where reinforcements are granted at certain intervals or upon completing objectives. In Push, a classic mode returning from the original mod, attackers must push back the enemy team as they advance on objectives with a limited number of waves and small amount of time that grows with each success. Skirmish is all about destroying enemy cashes or eliminating the entire opposing force. A bit of guesswork is involved in Strike as you attempt to locate and destroy three of five possible enemy cache locations.

If competitive multiplayer isn’t quite for you, or perhaps you’re looking for a more traditional, mission-based shooter experience against AI, Cooperative vs. AI is the place to be. I found Checkpoint to be particularly enjoyable, as it reminded me of Rainbow Six: Rogue Spear’s classic terrorist hunt modes and the memorable challenges it presented to my colleagues and I back in the day. In Checkpoint, you must capture or destroy objectives or enemy stockpiles while surviving against AI that ramps up in difficulty with each successful round. While Checkpoint presents a one life to live scenario, as long as the last man standing on your team can capture or destroy an objective, reinforcements will be granted as you plan out and execute your attack on the next objective.

Checkpoint quickly became one of my highlights nearly over night and with good friends, or even with any number of Insurgency’s more mature player base, you’ll be in for some truly fulfilling nights of coop fun.

Any of these modules or game modes can be easily accessed through the game’s quick match menu, which is also where you’ll find extraordinary menu music, I might add. Though, a server browser is always at hand if you want to get a little more specific with your preferences. Insurgency sports seven multiplayer maps which support for either 16, 24, or 32 players and that range in design from tight close quarter combat scenarios to large, open areas with rolling hills and valleys. 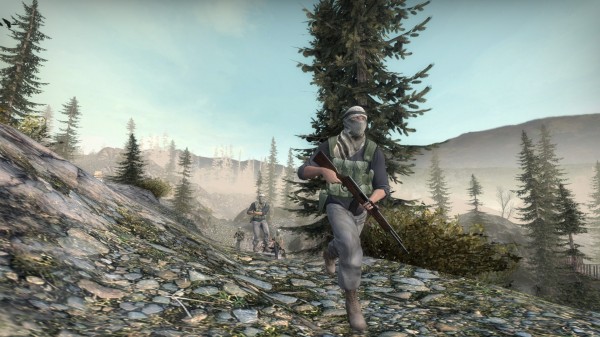 Team structure in Insurgency is made up of two squads, each with their own set of kits. While each kit determines a specific role you will play, you still have the flexibility to swap out weapons, attachments, and equipment for other gear. But as a Sniper, for example, you must work within specific parameters in order to fulfill your role, meaning you won’t have access to the same sort of weapons the Reconnaissance kit or Support kit has access to.

Interestingly, no one kit can be played by more than one player, with the exception of the Rifleman. In effect, it creates diverse and well-rounded teams where each and every player contributes in a specific way. It also forces you to diversify your play style, as you might not always get the kit you’re most comfortable with, and renders matches entirely made up of bush-wookie snipers a non-issue.

You begin every match with a set number of supply points. Selecting a kit will distribute these points into recommended weapons, sidearms, weapon attachments, equipment, body armor, etc., depending on your role. However, if you so desire, you can swap out anything in order to make room for the equipment of your choosing. Want to move quickly with a fully decked-out M16 assault rifle? Trade in your heavy body armor and side arm or explosive device to spend points on laser sights, optics, suppressors and grips. I found the laser sight particularly helpful as Insurgency’s free-aim and lack of any reticle can make hip-firing rather difficult. If you also find it difficult to keep track of ammunition while in combat, as there is no ammo counter in Insurgency, you can also opt for tracer ammunition to notify you when you’re magazine is running low.

Security and Insurgents, the two opposing faction in Insurgency, each have their own unique arsenal. While the Security packs weapons like the Mk18, UMP-45, M9 and AT-4, the Insurgents run with equipment like the AKS-74U, MP-40, RPK, or RPG-7. However, gadgets like the M67 frag, M18 smoke, or C4 are shared. 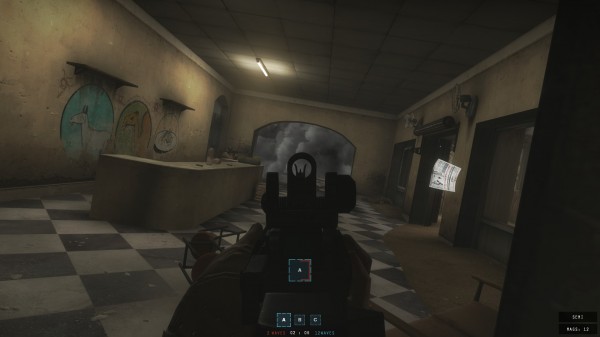 At its core, Insurgency’s gameplay is all about slow, tactical movement, peeking and leaning, checking corners, covering sight lines, conserving ammo, caution over “Rambo” tactics, and coordinating with your teammates. In your head, that might translate to “boring”, but it couldn’t be further from the truth.

Insurgency does such a good job at sucking you in an organic way, it becomes this suspenseful thrill ride with jump scares that not even Call of Duty’s most intense scripted action sequence nor Dead Space’s maniac Necromorphs could achieve. When your enemy could be around any corner, when a single mis-fire could end your teammate’s life, when no kill-feed is there to confirm your kill, or when bullets from an unknown origin whiz past your head, Insurgency becomes the stuff of nightmares, but in a way that accurately depicts real life combat.

Without the use of artificial game mechanics and simply through Insurgency’s vicious lethality, it naturally encourages you to take caution with all your actions. Demanding such a high level of attention, it’s easy to get lost in the action and forget that you’re just playing a video game.

Visuals and sound are another key factor to Insurgency’s highly immersive gameplay. While NWI has managed to squeeze out some very pretty visuals from the relatively old game engine, it’s clearly not the “next-gen” level stuff you could compare to today’s triple-A shooters. Still, gun models are highly detailed and environments are life-like while impressive lighting effects do nothing but add to the game’s rich environments – environments that are truly brought to life by Insurgency’s superb sound design.

In the background, a tense atmosphere is created as battles wage in the distance, lending to the feeling that you are an integral part of a much bigger war. On the playing field, Hollywood sound design is kept to a minimum. Instead, NWI aims to keep players informed via crisp and clean directional audio and by giving the game a clear sense of depth, hinting at the whereabout of enemies and other hot spots on the map. Voice chat volume and clarity is also determined by your proximity to the speaker, just like in real life. Of course, squad members can communicate via radio, meaning you’ll always be able to relay intel regardless of your location. Pro tip: In Checkpoint, enemy AI can also pick up on nearby voice chat, so be mindful of your callouts.

Weapons have more of a realistic “crack” to them which can be rather frightening if you’re playing with the volume turned up. I’m no gun nut, and I’ve never participated in a real life fire fight, but I’ve heard gun fire from various distances during my trips to the local outdoor shooting range and Insurgency’s sound effects come pretty darn close. The startling sounds also play into the game’s built-in suppression effect, which darkens your peripheral vision and increases weapon sway. It’s a situation you definitely don’t want to be in.

In Insurgency, where HUD elements are kept to a bare minimum, paying attention to sounds and other visual indicators is especially crucial to your success. That’s also why it was important for NWI to get all these elements right, and so far, they’re bang on. With no mini-map, no radar, and no kill-feed, you’re left with nothing but your eyes and ears, as well as the eyes and ears of your mates, making communication almost necessary. Luckily, friendlies are always highlighted, keeping team-killing to a minimum, but managing your hesitation properly, along with all of the immersive elements mentioned above, is what really makes Insurgency an experience like no other. 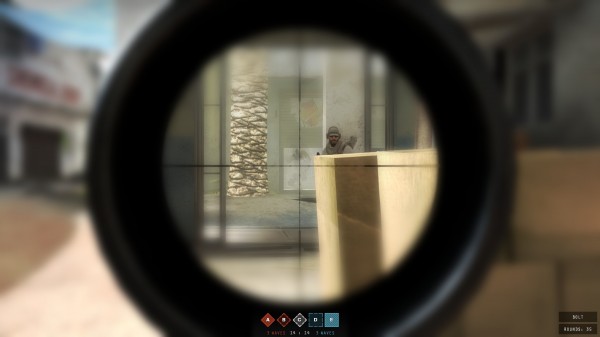 While many might argue that Insurgency’s steep learning curve and unforgiving lethality comes at the detriment of accessibility, NWI isn’t afraid to tread on the more realistic side of things and make a damn good shooter game while doing so. That, I like. And as my colleague Alex DiFiori pointed out, it’s the studio’s unwillingness to compromise that makes Insurgency such a breath of fresh air.

In the end, Insurgency can be a hard game to recommend to players looking for balls-to-the-wall, shoot’em up action, as it simply isn’t that kind of game and New World Interactive makes no apologies. But that the choice comes down to preference, rather than your level of tolerance for bad game design, is remarkable in its own right. If slower-paced, thoughtful, and team-based gameplay is your jam, then this is the place to be. Insurgency takes everything you love about the classic tactical shooter and presents it in a more modern fashion and up to more modern standards of FPS. Few bugs are present, but a recent and rather hefty patch has smoothed over a number of issues and has improved loading times significantly.

For only $14.99 on Steam, which includes all additional downloadable content and updates, there really isn’t much of a reason to not give this indie-shooter a shot. Insurgency fills a hole in the FPS genre that just might be exactly what you are looking for and, chances are, the worst-case-scenario is that you’ll be pleasantly surprised.

Insurgency, available on Steam for PC and Mac.