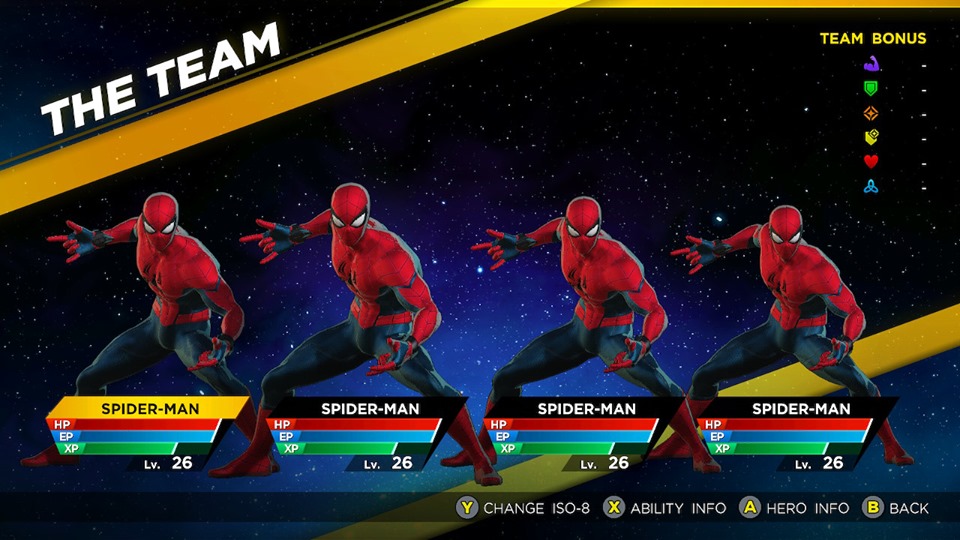 While most guides for the game will simply tell you to wing it with team bonuses and figure them out on your own, we’ve got the best Marvel Ultimate Alliance 3 team bonuses list for you right here. The list details the combinations of every hero, all available teams, and the best combinations for particular stats.

The Google Sheet has two tabs that offer different information. The first tab, Just the Best!, contains team combinations for particular stats, or total stats. Each combination’s stat can be identified by the bold stat in the columns following it. This tab is great if you’re looking to create the team that deals the most bonus damage, or just a team that’s geared towards Strength or Vitality.

The second tab in the Google Sheet, All Unique Teams, is simply a list of all the possible team combinations in the game. As you can imagine, with a roster as big as the one in Marvel Ultimate Alliance 3, this is a hefty tab to run. This tab is good just for seeing what a team combination would look like in terms of stats, for when you’re sat around thinking about the game even though you’re not playing it. The best part about this being a Google Sheet is that it almost looks like work, so you can view it in basically any situation without being questioned.

A couple of updates have been made to the Google Sheet since it was made, and these are active now. The first is that Thanos is included in there. The second is that Loki and Magneto are also now in there, because all three weren’t originally due to an error with the document.

For more on Marvel Ultimate Alliance 3: The Black Order stick with MP1ST.