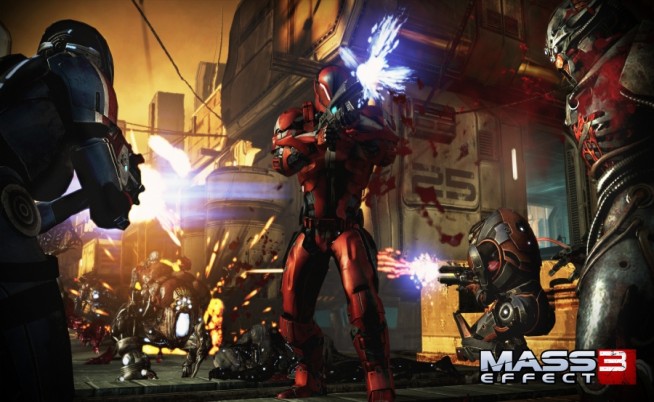 Mass Effect 3 Co-op Trailer Break Down: How to Build a Customizable Arsenal

BioWare recently released a set of five action-packed trailers for the upcoming Mass Effect 3, one of which takes a look at the weapons, armor and powers you’ll be using in ME3‘s multiplayer co-op mode, Galaxy at War.

Just like the last ME3 multiplayer co-op reveal a few weeks back, we’re going to break this one down and check out some of the sweet features included in Galaxy at War.

First, sit back and enjoy this gameplay video titled Mass Effect 3: Build a Customizable Arsenal. If you want to skip to the multiplayer portion, which is what we’re concerned about here, start playing at the 48 second mark.

According to the image below, It looks like players will be able to build up a character within each of the classes that Mass Effect 3 has to offer. What isn’t clear yet is whether or not you’ll be able to have more than one character within the same class. Going through the classes in the trailer, it looks as though certain races are only available for specific classes. In this case, it looks like two humans (male and female), an Asari and a Drell are the playable races for the Adept class. 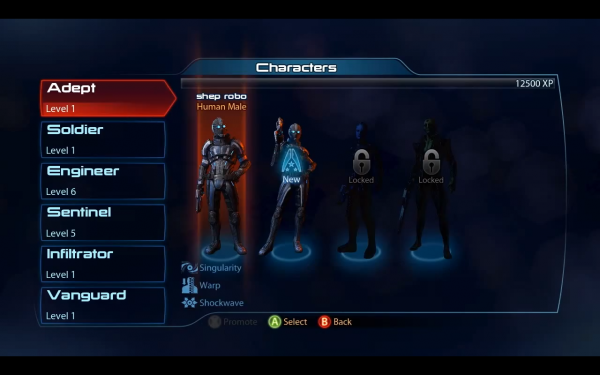 Upon selecting a character, players will then be able to tweak their specific loadout. Here, players can choose among different powers, weapons, appearances and equipment. The store was not featured in this trailer, unfortunately. On the right side, you can see your “kit” which will display your current set of powers. Passive powers such as “Alliance Training” and “Fitness” are not shown here. Moving down, you can see a selection of primary and secondary weapons. It looks like up to three of each will be available, though surely only one of each will be available to use in-game. Next, we have your “equipment”. What exactly this entails is unclear, but it could possibly include different grenade types among other gadgets. Lastly, the inclusion of credits obviously means that players will be able to buy their weapons, equipment and possibly different armor options. 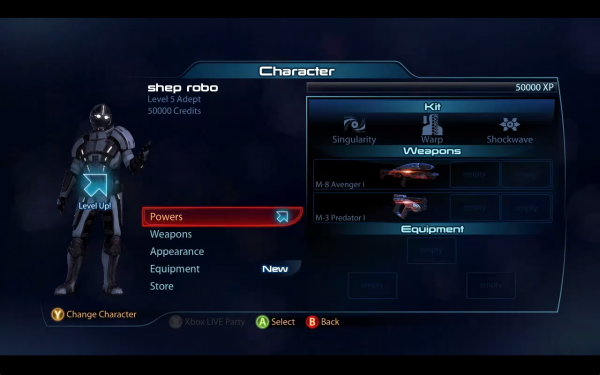 In the armor customization menu, players will be able to tweak specs like primary color, highlight color, secondary color, pattern, pattern color, and lights. However, it looks like the armor itself is set for each class as there is no option to change its style. This, of course, should prove useful in-game in order to differentiate between classes among team members. 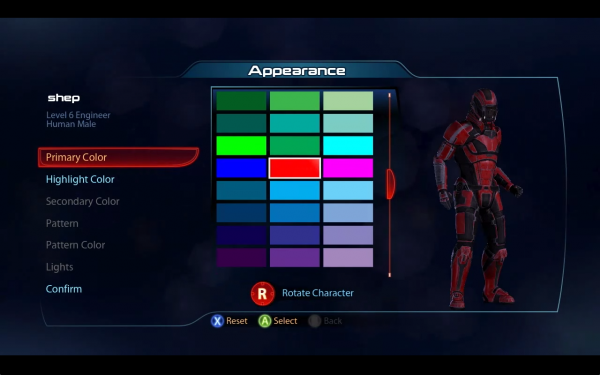 Players will have access to 5 different powers, depending on each class of course, 3 of which will be active, 2 of which will be passive. According to the multiplayer reveal shown earlier, different races may have access to different powers within the same class. Each power can be upgraded up to six times, though different variations will become available starting at rank 4 of each power. Obviously, the higher ranks will cost more points to unlock. We could assume that the rank number will correspond with the number of points needed to unlock. In the examples below, we can see that the “Singularity” powers can be specialized starting at rank 4 and while have two different options from then and on. The option to auto level up has also been included. 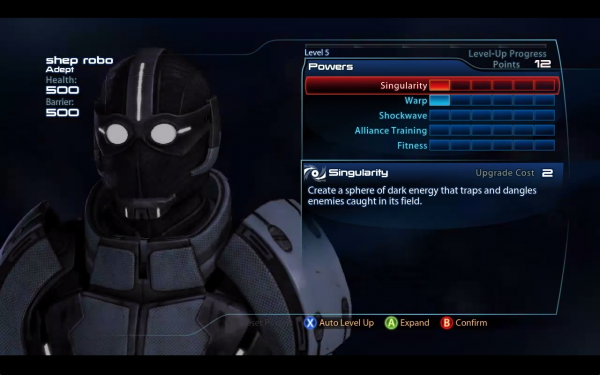 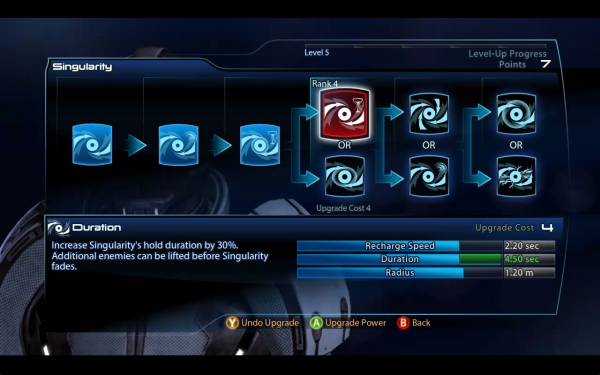 That’s all we were able to gather from the multiplayer portion of BioWare’s new trailer. Anything we missed? Are you excited for the upcoming demo on the 14th? Let us know in the comments below!