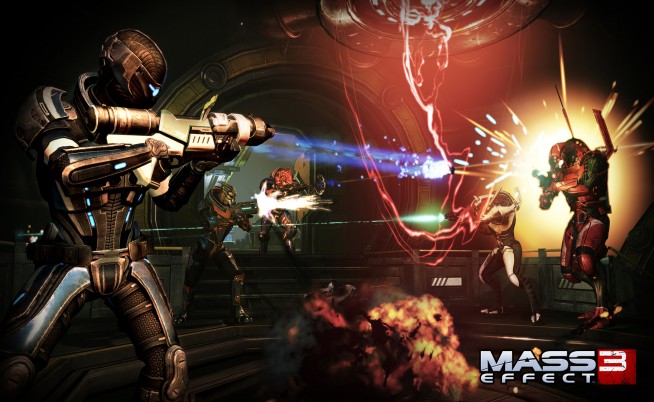 Mass Effect fans have eagerly been awaiting this Valentines Day to spend time with the ones they love the most… that is if they happen to be blue, green or bird-like aliens. Yesterday, BioWare officially released the Mass Effect 3 demo and MP1st is here to give you our thoughts on the co-op multiplayer, Galaxy at War, that comes packed in with it – something brand new for the Mass Effect franchise.

Booting up the demo, your ears will be treated to some of the finest menu music around, something that I think needs to be mentioned. ME3’s soundtrack is shaping up to be both emotional and epic. Upon selecting the multiplayer option, players will immediately be brought to a character selection screen. Here, you will get to choose among six of Mass Effect 3’s classes; the Adept, a dangerous biotic user; the Soldier, who excels in combat; the Engineer, a tech specialist; the Sentinal, a mix of biotic and tech; the Infiltrator, a stealthy class with tech abilities; and the Vanguard, a close-quarter-combat biotic user. Initially, only the human race is selectable. However, once more become available, you’ll gain access to a slightly different set of powers within the same class. Different races also handle differently. Humans are much more nimble than Krogan, after all. Each character levels up separately and players can have up to any number of characters in use at once.

Update: As a small correction, each class levels up separately. This means that two or more characters in the same class will share experience and will always be at the same level. Also, the number of levels you have in each class add up to form your N7 rank. 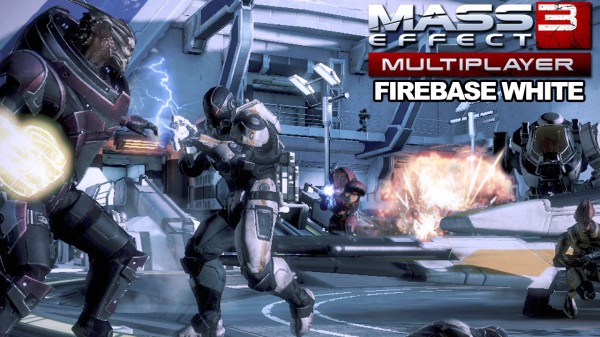 After choosing a name, the color of your armor, and your first Recruit Pack in the store (a pack of 5 random items that range from weapons, weapon mods, character unlocks, and other one-time-use items), you’re all set to deploy. Keep in mind that once you earn enough credits (gained by completing in-game objectives), you can always re-visit the store to purchase another random Recruitment Pack or go for the more expensive Veteran Pack which will net you at least 1 uncommon item or better.

Personally, I have yet to decide whether or not I like the idea of random unlocks. While it can add longevity and a bit of uncertainty to the unlock system, it can also be frustrating waiting for that one character you want, or you could just end up getting items you’re not really interested in.

Once you’ve deployed your character, you can view and train your powers, tweak your weapon loadout, fiddle with mods, and select equipment earned from these randoms packs purchasable in the store. Equipment ranges from extra ammunition, extra health, and a self-revive kit, all for use in-game.

Once satisfied, you can now create or join a public match. Only two maps are available in this demo; Firebase Ghost and Firebase White. In this demo, however, keeping it set to Unkown Location will grant those involved a 10% experience bonus. The type of enemy is also selectable, but for the sake of this demo, you’ll only be scrapping with Cerberus soldiers and mechs. Bronze, Silver, and Gold-level difficulties are also selectable. Keep in mind that these matches are playable with a minimum of only two players. If you’re going in as a duo, you’ll definitely want to keep the difficulty low.

The multiplayer controls much like Mass Effect 2; however, there are no power or weapon wheels. This means you’ll be tapping the shoulder buttons and Y/Triangle to use your assigned powers. Switching between your primary and secondary weapon is accomplished by holding the reload button while your heavy weapon is assigned to the directional pad up. Your equipment is assigned to the rest of the d-pad buttons. The melee button can either be tapped for a quick combination of attacks or held down for a much more powerful blow. Moving between cover is much more fluid this time around and characters are much more nimble. Now players can dodge and roll in different directions which comes in extremely handy when an Atlas fires a missile at your head. Once again, players will have a regenerating shield to keep an eye on, but health is only replenished in chunks until a med-kit is used. 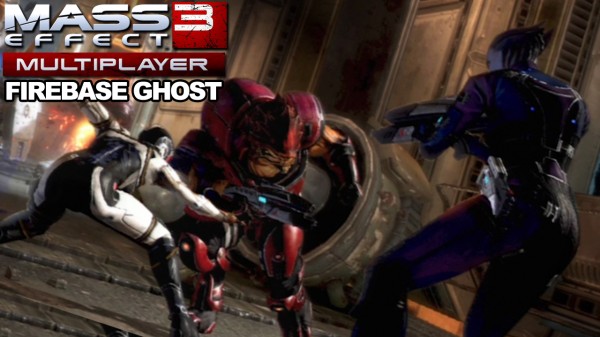 Combat was already very tight in Mass Effect 2, and when translated to co-operative multiplayer, it’s extremely satisfying. Enemies are tough, smart, and great at working together. It’s best to either prioritize which enemies need to be taken down first, or split them up amongst your squad. After all, some team members will be much more effective at taking out certain enemies than others. With the large number of powers at each players’ disposal, teamwork can be extremely rewarding. Communication is key if you want to breeze by your opponents quickly. Each area of both maps are individually named, making is easy to call out enemy locations.

Matches are round-based – up to 10, to be precise. Upon completing the 10th wave, you’ll have accomplished your mission which, for better or for worse, is not an easy task at lower levels or without a full squad of soldiers. Each round increases in difficulty and varies in the objective at hand. Objectives are randomized in each round and consist of either eliminating a wave of enemies, taking out certain key targets, hacking a terminal, or gathering intel from different locations, all within a set amount of time. This keeps the gameplay interesting and focused.

Rewards are given to players for completing certain tasks like achieving a certain number of kills or assists and all add up to your total experience earned which can be used to train powers.

To conclude, I found Mass Effect 3’s multiplayer to be surprisingly fun, addicting and polished, despite some wonky camera glitches. I think many worried Mass Effect fans can enjoy a sigh of relief and look forward to the full version on March 6th. For now, I highly recommend downloading the demo for a taste both Mass Effect 3’s truly spectacular single player experience and engaging multiplayer.

Stay tuned for a full review of Mass Effect 3: Galaxy at War.