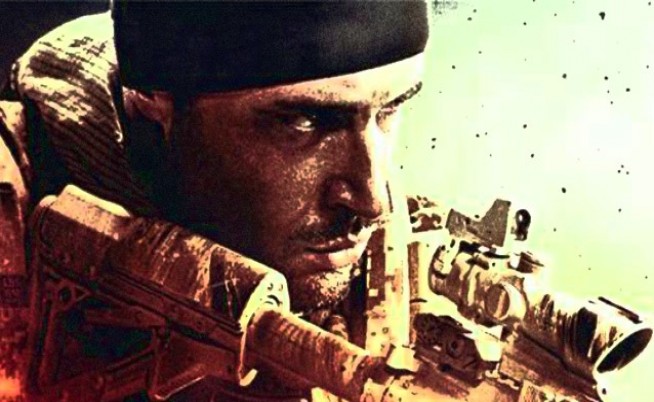 Medal of Honor released in 2010 is EA’s (Danger Close with the assistance of DICE) first attempt of transitioning the desaturated WWII genre in favor of a more contemporary conflict.  Depicting the war in Afghanistan, MOH’s multiplayer allowed players to fill the role of Army Rangers and Tier 1 operators, representing the best of the best within the military community.  Controversially, players were allowed for the first time to play as Taliban insurgents causing an uproar among some media sites exerting, “war is not a game.”  So, how did the shift from WWII to modern conflict fare for EA?  Quite honestly, Medal of Honor is a mixed bag hampered by unoriginality and suffering from an identity crisis in its multiplayer.  With that said, here’s what I’d like to see change in the recently announced MOH: Warfighter.


Treat the Conflict with Respect:

Trivializing military violence in both Battlefield and Call of Duty I have no problem with, since the conflicts illustrated in both games represent fictional scenarios.  The war in Afghanistan, however, is a sensitive subject where coalition forces continue to serve and die in attempts to rebuild and maintain security in various parts of the country.  Therefore, the ambiguous multiplayer experience (in reference to MOH 2010) seems to vulgarize the actual conflict because it does not delineate the war faithfully.  If EA is to portray the war on terror, they should do so accurately and with respect to the brave actions undertaken by coalition forces.


Retain Authenticity from the Singleplayer:

Aside from its linearity, I enjoyed MOH’s singleplayer because the dialogue mixed with the environments provided an experience that was partly believable.  The MOH series have always been known in its reference and emphasis on authenticity.  Thence, I was disappointed that the theme of authenticity did not permeate over to the multiplayer aspect, comprised of gametypes that are lackluster compared to other shooters.  It would be nice to see the next game implement an atmosphere true to the conflict in aims to engage and educate the player.

It is increasingly clear that most shooters stress cooperative play as it produces interesting scenarios for players to work together and solve problems.  While playing the campaign, it was difficult not to imagine that the three NPC’s you follow could have been assumed by real players.  It could have also been an opportunity for EA to permit players to understand that the soldier’s commitment to the mission comes from their stalwart camaraderie, a theme present in the game’s ending.  Campaign Co-op can also afford longevity to a game, one that MOH could have definitely benefited from.


Give it an Identity:

With the popularity of both Battlefield and Call of Duty, it’s easy for other developers to succumb and capitalize on ideas that make both these games so successful.  This however is no excuse for EA to copy and paste gameplay mechanics from both games in the guise of  slight cosmetic changes.  MOH’s multiplayer suffers from an identity crisis that makes it extremely difficult to enjoy.  Why not adopt the open approach gameplay demonstrated by previous titles such as MOH Airborne?  MOH needs to focus on expanding ideas that assume originality, otherwise it will continue to flounder.

In conclusion, it pains me to see a formerly superb franchise attempt to build up its success based on other games, which is partly responsible for the franchise’s stagnation.  The only way MOH Warfighter can stay relevant is to adopt innovation because we currently live in an era that demands change.  Now is the perfect time for EA to embrace it.

Let us know in the comments below, what changes do you think Danger Close needs to make to Medal of Honor multiplayer in order for Warfighter to stay relavent in a crowded shooter genre?