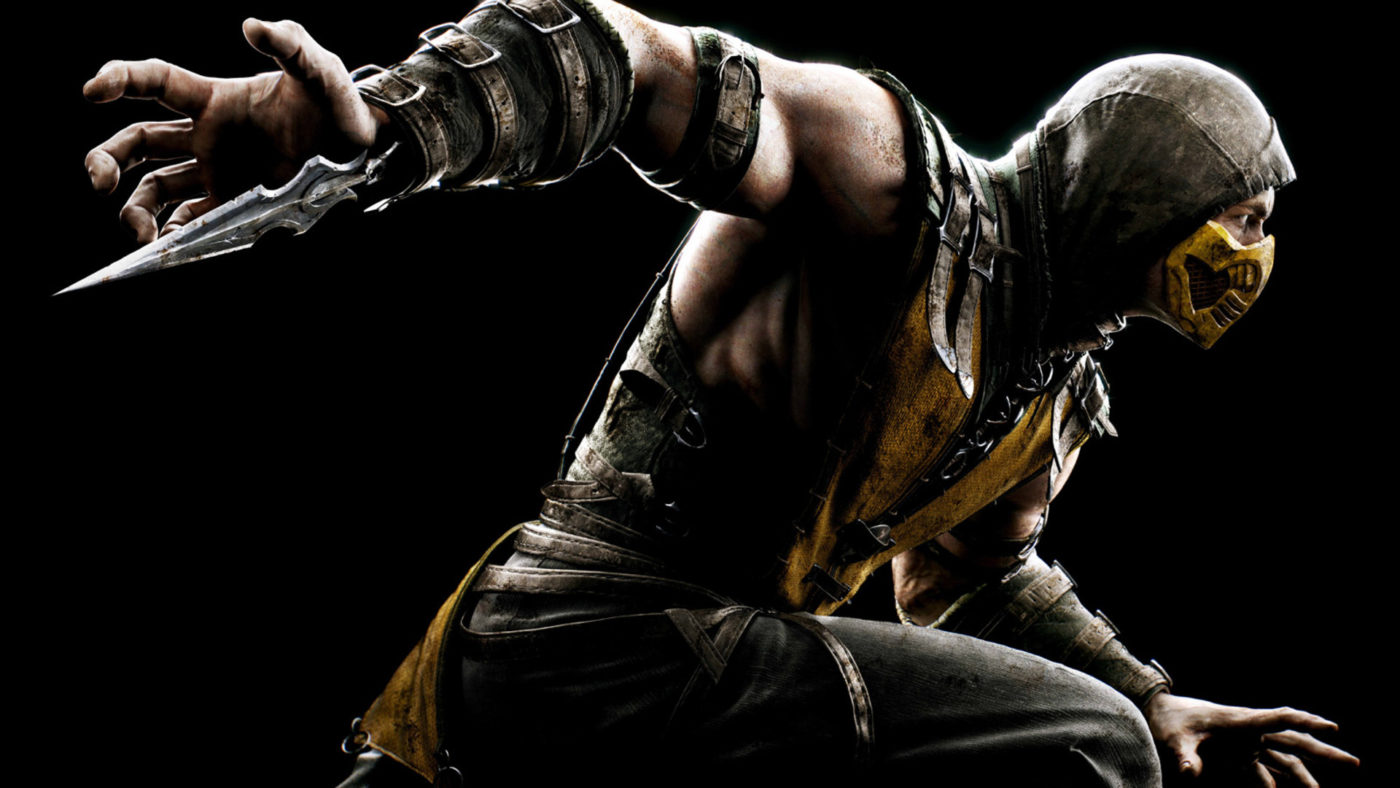 It’s been over 15 long years since the Mortal Kombat franchise was even considered to be at the top of the fighting game genre, during which time the controversial fighter went through some very big changes.

In 1997, Midway Chicago did away with the digitized sprites that MK fans have become accustomed in favor of 3D models, bringing forth changes that left the community with mixed reactions. Fast forward to 2011 where a newly formed NetherRealm Studios released what most would call the long-awaited rebirth of the franchise with Mortal Kombat 2011. Going back to its roots as a 2D fighter, it gave fans a great re-telling of the first three Mortal Kombat titles leading up to the four-year wait for the next Mortal Kombat game that we would eventually come to know as Mortal Kombat X. 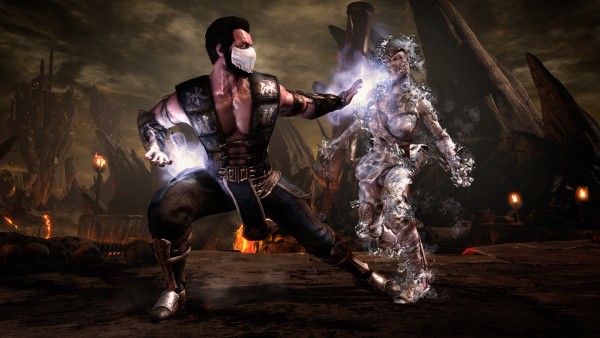 Finally, Mortal Kombat X is here. The agonizing wait is over, but was very well worth it. NetherRealm Studios has taken notes over the years and has done its homework, learning from the past successes and failures of the franchise’s previous titles. As a result, developers at the Chicago-based studio were able to deliver what the Mortal Kombat community has been waiting for.

MKX includes new mechanics to the game that push the series forward, such as the Character Variation system and a new breed of Brutalities. But before I go on, It’s worth mentioning that among its best-selling features, it’s the smaller details that really elevate this fighter above and beyond the rest in the genre.

The intro dialogue for each fight is highly personalized and properly contextualized. Each interaction is different from the previous match, which keeps things interesting and engaging. When you select a fighter in the character select screen, he or she will interact with the other – a great example being Cassie Cage, one of the newer faces in MKX, giving her opponent the “bird” before walking off. During fights, characters take visual damage, sweat, and bleed – all details captured by a highly modified Unreal Engine 3. Arenas are just as full of life with objects, and even people, to interact with. Visually, MKX is truly a next-gen fighter that finds a welcoming home on PlayStation 4, Xbox One, and PC. 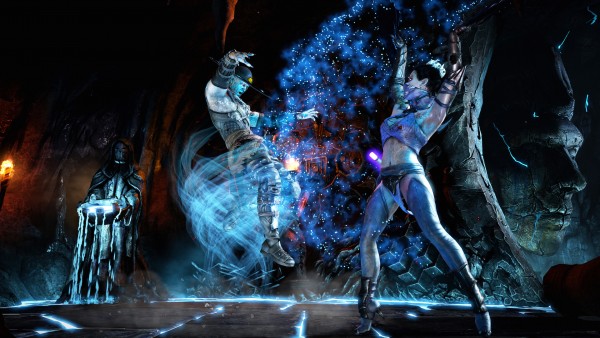 As for the core gameplay, NetherRealm’s latest is the smoothest fighter in the series to date. Animations flow into each other and fights feels much faster-paced, which is in part due to the return of the run mechanic and the other part due to a smooth 60 FPS refresh rate. Running isn’t the only thing that’s making return from older titles in the series either.

As in MK9, players must manage their ‘meter’ in order to either enhance special moves, break combos, or perform everyone’s favorite X-Ray moves. The the long-requested Brutalities are back, completely reworked from Mortal Kombat 3, and as brutal as ever. Instead of inputting a series of long button strings during the “Finish Him/Her” screen, they now require you to meet certain conditions once your opponents reach below the ten percent health threshold, as seen in the video below:

While sometimes more difficult to pull off, the rewarding feeling is met with an equally satisfying amount of extra experience points. More of these finishing moves can be unlocked throughout general gameplay, but more on that later. No Mortal Kombat game would be complete without brand spanking new ways to finish off your opponents for good. Fatalities in MKX can be simply described as “not for the faint of heart,” as you’ll bear witness to some of the most stomach-turning finishing moves the series has ever seen, all thanks to the new technology at NetherRealm’s finger tips.

The first thing most will notice about MKX’s roster, especially if you haven’t been keeping up with the news since the initial reveal trailer, is the handful of fresh faces to the franchise. With a total of eight new characters that comprise a little under one third of the full selection, there’s a high chance your favorite fighter may be absent, especially after the events of MK9. 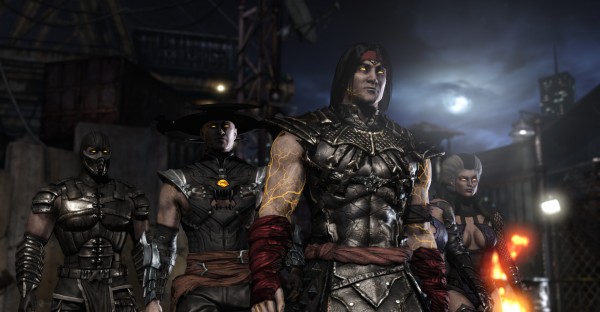 Thankfully, NetherRealm did such a fantastic job with the new characters that it won’t take long to find someone that fits your play style or that will replace a favorite of yours that didn’t make the cut. Making the transition easier, a few of the characters pay homage to some of the more classic fighters. A perfect example of this is Jade who, despite being excluded from the list, is well-represented by her long-time friend Kitana. She can utilize her staff and glaive weapons in a similar move set thanks to the one of MKX’s newest and most defining features, the Character Variations system.

Variations enables each and every character in the roster to choose between three very distinct versions of themselves, each one providing the opportunity for new combos and new special moves. It essentially allows every character to be counted as three, making Variations one of the most innovative features introduced to the series yet. It also has a huge impact in competitive play, as one variation of a character may prove more effective against another, while others won’t fair as well. This was seen during the ESL tournament a few weeks ago in which MIT defeated Perfect Legend after he made a simple switch to a different Scorpion variation after being down a few games. 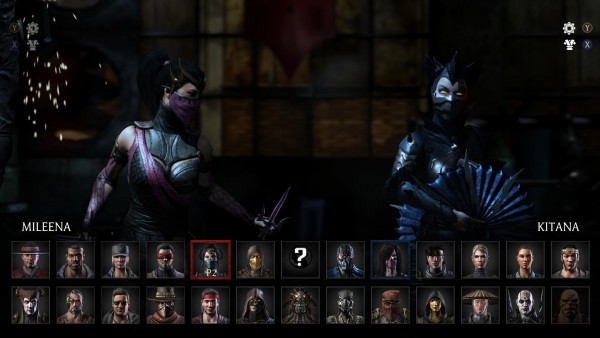 If you’ve played MK9 or even Injustice: Gods Among Us, you were likely pleasantly surprised at the impressive amount of content NetherRealm was able to stuff in to both games, despite the genre’s typically shallow offering. MKX is no different. It boasts more content than the previous two NetherRealm titles both in offline and online modes, including a multi-chapter story mode with hollywood-level voice acting and animations that will keep you busy for hours.

Traditional Towers are there for that classic MK experience, including Klassic, Endless, Survivor, and Test Your Might modes as well as my personal favorite, Test Your Luck, which is also available as a one-off match in the main menu. The mode pits two kombatants against one another with either randomized or cherry-picked modifiers that can greatly change tide of battle in an instant. Some of the modifiers can either kill you in one hit or randomly put you in a dazed state to meet your end via Fatality. Unfortunately as fun as this game mode is, it isn’t available to play via online.

The new Living Towers present rotating challenges that refresh weekly, daily, and hourly, providing players with something new to do every time they log in. Tower Challenges allow players to challenge friends after conquering a randomly generated Tower.

Online multiplayer in MKX has been reworked completely from the previous games and offers a few interesting new game modes in addition to 1 vs. 1 matches and King Of The Hill. Tower Battles offer a more relaxing distraction from competitive matches, pitting you against six other online opponents in a challenge to beat a 5 CPU kombatant ladder filled with random modifiers and special challenges. In addition to fending off everything MKX has to throw at you while competing with several others, you’ll also need to beat the 10:00 minute timer that’s allotted to complete all five matches to end up on top. 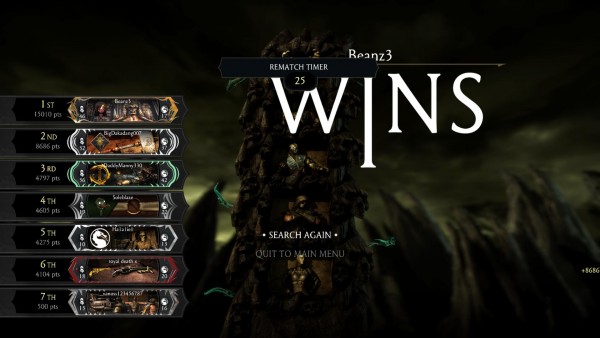 The end screen for a tower battle

Regardless of whatever you wish to partake in, offline or online, you’ll be involved in a much bigger feature called Faction Wars. Faction Wars can be best described as the backbone of MKX. Whatever you do in any online or offline mode will net you experience points toward one of the five factions you picked when you first booted up the game. As you rank up, you are given a new finishers to show your opponents that your Faction is indeed greatest. In fact, if your faction does win the weekly Faction War, you’re rewarded with a fifth Faction Kill.

Taking things a little further, it’s also possible to set-up a Faction-based team battle where you and four other members of your Faction team up and take on a group of a five kombatants of a rival Faction, facing off in a series of 1v1 battles. 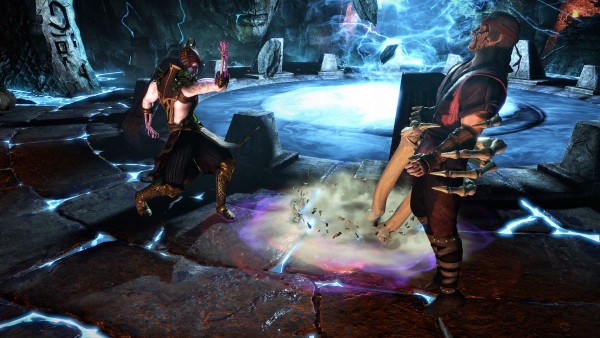 What keeps MKX from being all that it can be is its one very big Achilles’ heel: its online netcode. It’s no real secret that, despite NetherRealm’s ability to pump out some great fighting games recently, the netcode for each has been less than ideal and could really use a re-working. This holds true for MKX, sort of.

From my experience thus far, the netcode has been very hit-or-miss. It feels at times as if I’m playing Russian Roulette whenever being matched up against a new opponent. I never know whether or not the game will run silky smooth or be riddled with odd pauses and half-second input delay. It leads to annoying moments mid-match as the input delay can severely slow down reaction time, making it extremely difficult to punish any blocked combo strings or even perform long combos.

As of April 18th, and update to MKX’s online has resulted in an improved experience, even when playing against people with a yellow bar connection. Still, it needs a bit of tweaking as anyone with a red bar or lower will likely get disconnected mid-match. 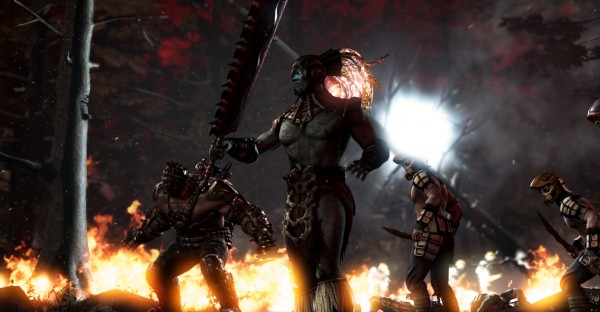 Overall, MKX has taken the franchise leaps and bounds in the right direction. With exciting new features, as well as returning elements that have been requested by fans for years, it may very well the best Mortal Kombat to date. Quality of life improvements and engaging mechanics that have been added to the game will ensure that it has the legs it needs to survive longer than a year.

Despite the latest update’s most recent efforts, online netcode could still use a tweaking to make MKX the online experience it should be. While NetherRealm is at it, it would be fantastic to throw in the ability to play Test Your Luck matches online. Sadly, the PC version of MKX is also riddled with random crashes, frame rate issues, and odd visual errors, and could use a few good updates to get it up and running normally.

With that said, Mortal Kombat X gets a very well-deserved 4 out 5 stars.

Mortal Kombat X was reviewed on the Xbox One platform with a copy provided by Warner Bros. Interactive Entertainment.

A note to PC users: I highly suggest waiting until the current issues are addressed. In its current state, the game can be nearly unplayable for some.

Gamer for the past 20 years who loves anything ranging from RPGs, Fighters and of course FPS games.
Features, Reviews Featured, Mortal Kombat X, PC, PS4, Review, Xbox One