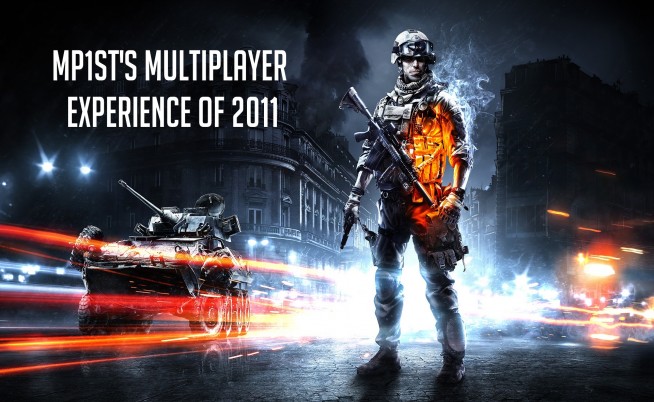 Now before I even begin writing, I can visualize the comment section rather clearly: “How can Battlefield 3 be the multiplayer experience of 2011 while still facing so many bugs and issues?” If you have no idea what I am talking about, great. Steer clear of internet forums. However, if I was forced to answer this very legitimate question, I would say that being one of the most ambitious multiplayer-focused first person shooters ever, Digital Illusions CE, the developers of Battlefield 3, had to take some risks. The biggest question is whether or not these risks were worth it in the end. I would argue yes, but at the same time, we are far from the end. While we deem Battlefield 3 as the best MP experience of 2011, for many, it will carry on well into 2012 and beyond.

Simply put, Battlefield 3 is only going to get better and better thanks to the devotion of those at DICE still hard at work on this title. However, not all the credit can be given to them. The community behind Battlefield 3 is one of the best. The Battlefield 3 community, so far, has done an amazing job at providing constructive and in-depth feedback to developers, and thankfully, DICE is very good at listening. On top of patches filled to the brim with content, we’ve already seen the Back to Karkand expansion pack, a throwback to monumental Battlefield 2 maps, vehicles and weapons. DICE has made it clear that what we see next in terms of downloadable content is up to the community. Of course, any and all types of feedback can be given on the Battlelog, a social networking service provided to all Battlefield 3 owners for free. While there are still features left to be desired; namely a battlerecorder, private servers for consoles, better clan/platoon support to name a few, DICE is far from finished with Battlefield 3. If we can take past titles as an example, Battlefield 3’s future is bright indeed.

A stand-alone reason for Battlefield 3 winning this years’ MP experience of the year is how high DICE managed to raise the bar. Not only does Battlefield 3 boast some of the best visuals of this generation, but we also have insanely large-scale battles including jets, tanks, helicopters, as well as one of the most immersive experiences in an FPS yet thanks to the amazing sound design and intense destruction. All of this wouldn’t be possible without the power of the Frostbite 2 engine. Of course, in creating a new engine for a game with such high expectations, risks run high. Unfortunately, this has shown in a less than perfect launch, as well as in the bugs and issues we still face today. On the flip side, thanks to this new technology, DICE was able to accomplish something that other studios could only dream of. These guys set out to innovate, and that they did.

If you asked me why I play Battlefield 3, I’d simply say that it’s for the amazing moments that can only be experienced in a game this epic. Don’t believe me? Check out the plethora of truly breathtaking videos on YouTube, many of which we’ve featured here on MP1st. Whether it be a slow-motion sprint across the beautiful landscape, an insanely long-distance sniper headshot, an amazing jet stunt, or a crazy helicopter crash, you’re bound to find yourself in a moment that you will not soon forget.

These are our reasons why Battlefield 3 is our multiplayer experience of 2011. What are yours? Perhaps a different game all together took your top spot. Let us know in the comments below!

For a full review of Battlefield 3 including all up-to-date patch notes, click here.

We’d also like to thank everyone for participating in our poll. Out of a total of 2,896 participants, a whopping 1,980 voted for Battlefield 3. Full results can be viewed below:

Why PC Gamers Are So Passionate About Their Mods