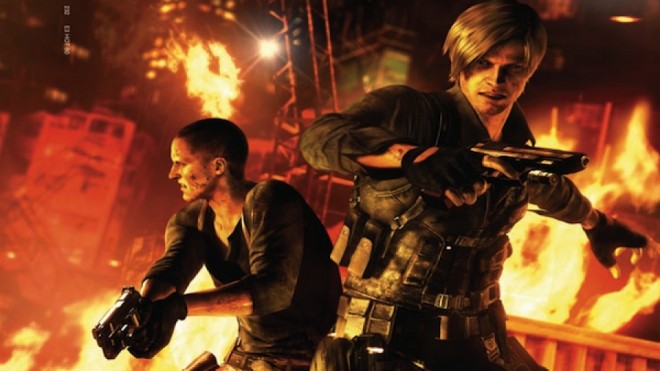 Multiplayer Games You Might Have Missed – Week 6: Resident Evil 6

Of all the games being released this time of year, it gets really hard to find games that standout from the crowd.  While most people probably aren’t big Resident Evil fans, I am.  I haven’t played much of the previous games in the series, but RE6 is an excellent game.  Is it scary?  No, not really, nor is it trying to be.  Is it fun?  Yes, very fun.

Few shooters these days focus on an intimate experience and most that do fail.  RE6 is one of those rare games that playing with less than 4 people feels like the only way to play it.  Just imagine BO Zombies with only 2 people, sounds boring to me.  But RE6 handles the experience with ease and class.  It’s you and your friend fighting off hordes of (idiotic but hard-to-put-down) enemies and challenging bosses.  It’s an old school game that knows what its audience is looking for and delivers exactly that.

Should you buy this game?  If you’re looking for a casual shooter (or hardcore if you up the difficulty to professional) then you’re getting a lot of bang for the buck.  In fact, because it only supports 2 players, RE6 lends itself very well to not having an entire friends list trying to play it with you.  Getting 3 storylines with unique characters to play as is worth every penny to me.  RE6 offers a lot of content and it’s good content.  The graphics are visually interesting, colorful, and well done.  Shooting is easy without being mindless.  The camera system and character movement feels clunky, but it never stopped me from running up to a downed enemy and stomping their head in.  And overall, the diversity in settings, enemies, weapons, and story kept me interested in RE6 without feeling like too much to take in.

Bottom line, RE6 is a fun casual shooter that offers a lot of content and a great 2 player experience with a lot of diversity.  The fact that it isn’t more popular with the online community is kind of unfortunate considering how good a game it is.  And if you don’t want to pay for it without getting some hands-on time, check out the demo on both the PSN and XBL.

Below is a video by WingsOfRedemption that I think highlights what makes the intimate gameplay of RE6 so fun.

I've been a gamer since before most gamers were born. Now a full-fledged member of the PC Master Race, I'm enjoying all the best games from both AAA and Indie developers in glorious 1440p. Praise Gaben and may the Steam deals be ever syphoning funds from your life savings.
Features Co-Op, Featured, PC, PS3, Redisent Evil 6, Xbox 360
view related posts
HOT MULTIPLAYER GAMES
& UPCOMING RELEASES