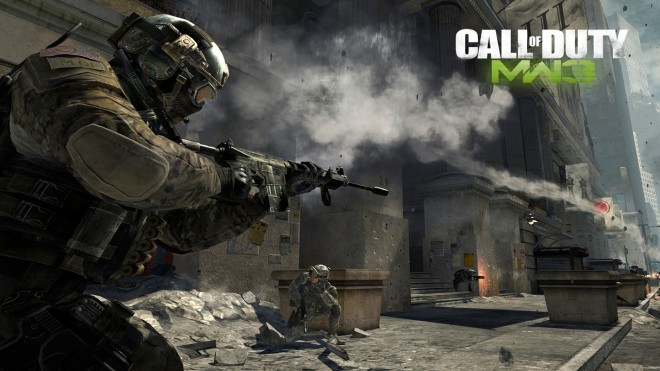 If MW3 is evidence of anything in particular, to me at least, it’s what happens when you rush a game’s development.  As a long-time (since WaW) CoD player, I can say not just with certaintiy, but also years of experience, that MW3 was not made well enough to meet even CoD’s cookie-cutter standards.  At this point, hopefully everyone is familiar enough with MW3’s problems to recognize that at its core, it is fundamentally flawed.  While I agree that it’s still fun to some extent and still feels like a standard CoD game, my level of frustration with it’s issues (balance, design, and bugs) is worse than it has ever been for any FPS game, ever.  I genuinely dislike MW3, not because it’s “harder” or “less rewarding” but because it is just not as good as the games that have come before it.  MW3 is an inferior CoD title and any long-time CoD player will tell you that.

Now, all that said, MW3 is still a better FPS game than a lot of FPS games, so it’s not like it ranks down there.  But overall, I expect a level of quality from the CoD franchise that MW3 didn’t meet.  You are, of course, welcome to enjoy and love MW3.  You are welcome to have hated BO1 and thought MW3 was the savior of CoD.  But I simply don’t feel that way.  MW3’s development was marred by IW and Activision’s continuing legal battle that started when Vincent West and Jason Zampella abandoned MW2’s support/development to bet their futures on a game that hasn’t even been released yet.  In fact, rumor has it that MW3 was put together in just 8 months, which is about 2 years too fast for a game of its scale and market share.  Most video games are in what’s called the “development cycle” for 3-5 years, with the actual work of designing and coding the final product taking place during the last 1-2 years.  Compress that cycle into 1 year, and you get MW3.

Why the drive to crank out games so fast?  Well, the answer is two-fold.  Firstly, us gamers demand a new experience every year, knowingly or not, by complaining about being bored with the current game 6 months after its release and pre-ordering the new one 4 months before it comes out.  Secondly, in CoD’s case, the DLC isn’t all that dynamic or interesting.  Face-Off and Chaos Mode were probably the only MW3 DLC that I had any interest in, at all.  Now, don’t mistake me for some guy that thinks Half-Life 3 is coming out in my lifetime, I don’t like waiting years for a follow up to a game.  In some cases, games are worth waiting for, but BF3 and DICE (as I’ve said before) have proven there’s a way to deliver DLC that can dramatically and fundamentally offer a new experience on the same platform (BF3) for more than 1 year, without that content feeling more and more recycled over time.

The key to good DLC is to make each release different from the ones that came before it.  BF3’s offerings thus far have been Urban/Nostalgic combat (B2K), CoD-styled Close Quarters chaos (CQ), and dramatically enhanced, large-scale vehicular combat (AK).  Whether you’ve enjoyed every DLC release for BF3 isn’t as important as is the fact that each release has been radically different not only from the other DLC, but from the original game experience itself.  BF3 “vanilla” is almost like an introductory crash course on what all the post-release DLC offers.  There are hints of all that is to come from DLC in the stock BF3 maps, with the subsequent DLC expanding on those hints 10-fold. Op Metro smacks of CQ’s gameplay, Grand Bazaar is like a mini B2K map, and Caspian Border gave us a hint of what AK is like.  All things considered, each DLC release for BF3 has renewed my interest in it and greatly expanded the overall possible game experiences to include things that BF3 on its own could never offer.  MW3’s DLC on the other hand all feels exactly the same with little to no deviation from the stock experience, which makes it feel boring and doesn’t hold or renew my interest in MW3.

A lot of the critiscim levied against MW3 was that it plays like MW2.5 or MW2 DLC.  I even made a video to that affect after I had played it for a while.  That feeling of sameness and similarity to MW2 that MW3 has is an indication that maybe, MW3 should have been MW2’s DLC.  As it stands, the CoD engine is too outdated and obsolete to offer that level of depth and revision.  Current-gen consoles can also barely keep up with the games running on them.  But in my opinion, that’s exactly what needs to happen to keep CoD going.

We as consumers need to stop demanding a gaming revolution every year and game developers need to stop expecting us to pay top dollar for everything they release.   CoD in particular needs to shift to having 1 major release every 2 years with maybe a Halo:ODST-style standalone “sub game” filling in the 1 year gap and DLC that is dynamic and meaningful enough to keep the major game popular for more than 6 months and relevant for at least a year.  That kind of shift would give IW and Treyarch roughly 3 years to develop each game (exactly how much time David Vonderhaar has suggested it would take to make a perfect CoD game).  It would also result in better games that we get bored of less often, which extends each game’s life cycle.

Tall order?  Yeah, I think so too.  In fact, I don’t see it ever happening.  What is going to happen though is Battlefield is eventually going to surpass CoD in sales, demand/rushed development is going to strip the BF franchise of it’s qaulity, and another game is going to rise to fill the gap left by yet another dying franchise.  Such is the gaming cycle of life, assuming indie games and next-gen consoles don’t manage to shake things up, which they probably will.

So what are your thoughts?  Do you feel like CoD is slipping from its solid footing at the top of gaming mountain?  Let us know in the comments!

If you’re interested in my in-depth opinion of what I think makes MW3 bad, let me know and I’ll consider writing an article about it.