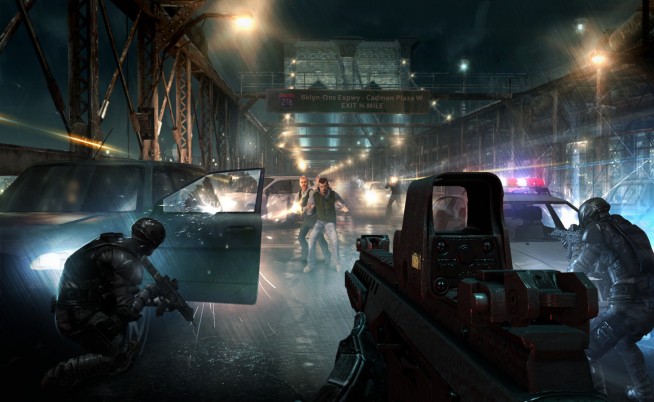 The first Rainbow Six game that I picked up this generation was Rainbow Six: Vegas. Despite having some balancing issues and bugs, the game was perhaps one of the best multiplayer experiences that I have ever had in a long time. The sequel later released and came with some disappointments as it did little to add new features and lacked support from Ubisoft. Now, with the announcement of Rainbow Six: Patriots, I have decided to compile a short list of things I’d like to see in the game.

Probably the biggest thing here. Gameplay was excellent in the last two titles. I do want to see some improvements, but overall, I found the formula to be a perfect blend between first-person and tactical playing. The cover system worked excellent and the switch from third-person (cover) to first-person ran smoothly.

The Return of Custom Armor and Camouflage:

The one thing I loved most about Rainbow Six Vegas series was the ability to create your own personal character. At first, the majority of players only seemed to care about whether they had too much or too little armor on. For every piece of armor, you either sacrificed speed or protection. So, being able to build your character the way you want to was a huge feature. 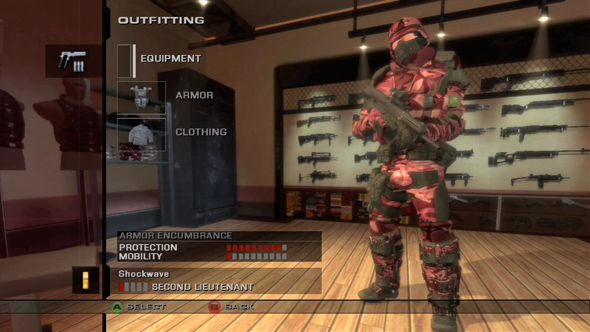 The camos were just as fun too. Like everyone, you probably started out with your basic colors. Maybe you had all black or maybe you had a white helmet and a blue vest with everything else black. The more you played the game though, the more camouflage you unlocked, eventually leading to the custom sets. This is where true creativity came in. I’ve seen many creative costumes over the time I spent with Rainbow Six Vegas 1 and 2, and the amount of creativity in some of these costumes are just insanely cool.

I was happy with what we got in the first Rainbow Six game this gen. The game released pretty early, which is a good excuse for the graphics it had at the time. However, when Ubisoft announced Rainbow Six Vegas 2 along side a CGI trailer, fans of the series had high expectations of what the game would look like. But sadly, with release of Vegas 2 came fans’ disappointment to see that the sequel didn’t look much better. In some cases, it looked worse than the previous installment. Certain assets of the game seemed to have been reused with little to no improvements at all.

In Patriots, we want to see this change; new assets, new environment, and improvements to the lighting. Already we have seen two trailers for the game. One of them is full CGI trailer while the other features gameplay. Well, it’s not actual gameplay. This “fake” gameplay footage that was shown off was quiet impressive and is something that we would love to see come true.

For a something that just seemed all too perfect for a team base game, both Rainbow 6 Vegas titles were missing out on one key, important feature: A clan system. Currently, the system is just your basic clan tags. This is something that I have grown tired of using. If your not really familiar with this system, it’s pretty much just you typing in four letters or numbers and having it displayed over your name; very similar to the Call of Duty system. During the late years of playing Vegas 1 and 2, I would always use systems like game battles to organize clan matches. It’s a pretty awesome system, but it’s something that I would love to see the game actually support.

I would also love to see something along the line of Warhawk’s or Resistance: Fall of Man’s clan system. These systems allowed the leader and other clan members to keep an in-game tracking record of all the clan members. There were also different roles that leaders could assign to other clan members. So having a few seconds in command to help run the clan and recruit other members is always a useful way to expand. Also, a way to track our clan progress and matches we won fighting against other clans is something I have not seen in console games yet. I would like some sort of clan leader boards and a scheduling system. I think this idea should really apply to nearly all multiplayer games that still use the standard “Tags” system.

No doubt that this was one of the most popular modes in Vegas 1 and 2. Though I didn’t quiet enjoy the story co-op in Vegas 2, I did, however, enjoy Terrorist Hunt Mode. Terrorist Hunt Mode was featured in both Vegas 1 and 2 and supported up to 3-4 players. I don’t want to see this player count increase to anything over that as the game mode played excellent with just a small amount of players.

Anyway, I want this mode to make a return as it really was one of the most played modes in the game. It allowed easy XP and was quite challenging and fun when trying to complete. This was one of those game modes that I can honestly say was perfect, despite some bug issues it had. Adrenaline rushed when knowing that you were the last of your teammates fighting against hordes of A.I. I don’t think I have ever felt so engaged in a co-op FPS mode in a long time since Rainbow Six.

I am one of those guys who absolutely hate hearing about downloadable content, especially in a game that seems so incomplete. Frankly, this is how I felt like when I was playing Vegas 2. The game felt more like a DLC rather than a completely new game or sequel. It had some old maps and some new ones. Perhaps the best term to describe it is an expansion pack. It’s not really the sequel that many had hoped for.

The DLC I want to see for the game though has to be completely new and not just old maps, like they did in Vegas 2, though it was free. I want to see the support that Ubisoft lacked in the previous two installments. But one thing I don’t want to see is day one DLC. DLC has to be unique and feel like they weren’t just taken out of the game to be charged for.

So, what do you guys want to see in Rainbow Six: Patriots? Let me know in the comments below.