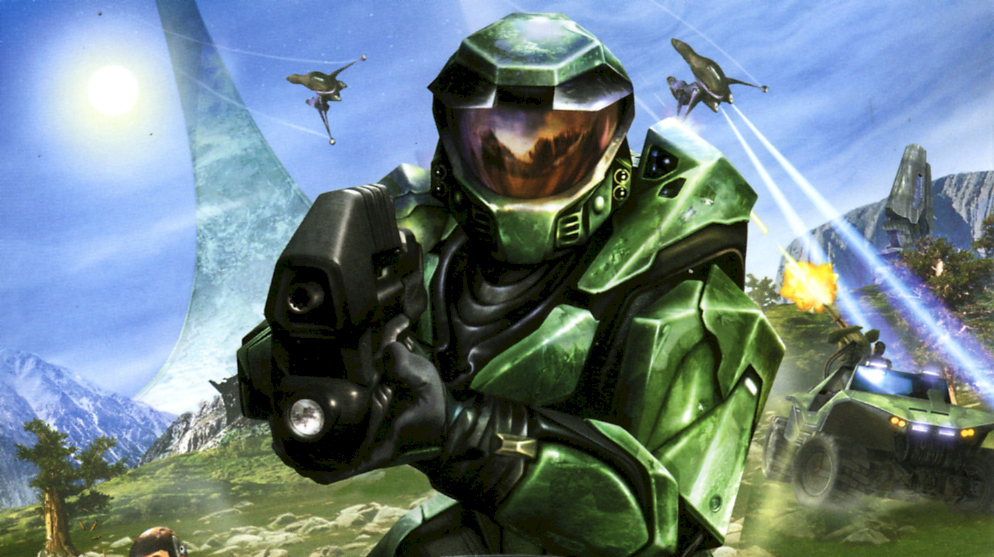 State of Halo: Is This ‘AAA’ Franchise Being Relegated to the Back of the FPS Pack?

Halo’s popularity reached a fever pitch with the launch of Halo 2 (some would say it was the sole reason for owning an Xbox) and sustained a good chunk of its momentum with the launch of Halo 3 on Xbox 360. However, with the release of Halo 3: ODST and Halo: Reach, the XBL population began to dwindle more rapidly than previous Halo titles. The precipitous drop-off in population continued with the launch of Halo 4. As of mid-July, Halo 4 rests at #8 on the XBL charts with almost no sign of regaining momentum. A quick perusal of ‘fan-sites‘ has plenty of reasons for the decline of this stalwart franchise ranging from 343 Industries not knowing how to make a proper Halo game to the inclusion of Armor Abilities still ruining the core gameplay of Halo yore. This begs the question: Are we witnessing the demise of the Halo franchise as we know it, or are the concerns overblown?

Comparing where the Halo series is to where it was, we are definitely a long way from the original Xbox days when Halo sat alone at the top. Where Halo 1 defined the console LAN gaming experience, Halo 2 followed it up years later by becoming the online multiplayer boilerplate for other titles to follow (I can hear a few SOCOM diehards vehemently disagreeing, but you’re definitely in the minority). However, no game or series can stay at the top forever. It seems just like yesterday gamers were waiting hand over fist for the next entry in both the Guitar Hero and Rock Band series. Market saturation played a major role in the demise of both of them, and to some degree has hurt the reputation of the Halo brand. 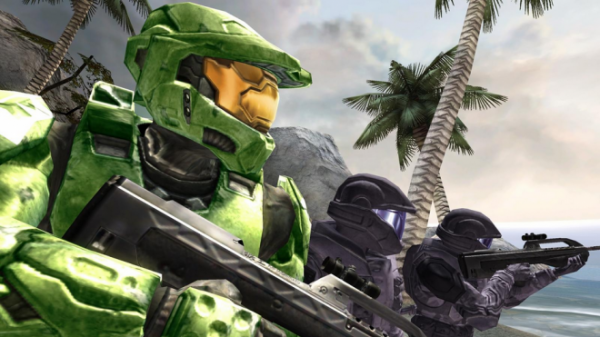 I can’t help but feel at the time Halo 3: ODST was conceived, having already conquered the console multiplayer market, Microsoft and Bungie went for a new challenge and attempted to dethrone the defacto single-player franchise at the time, Grand Theft Auto. It was even hyped as a vast open-world experience akin to the GTA series. The final product came nowhere near matching the hype and certainly didn’t justify the $60 price point. Bungie’s vision of an open-world experience consisted of finding dead squadmates (5 in total), ‘flashback’ missions, and an occasional dropship encounter with the Covenant in a drab and dimly lit world. As for that critically praised multiplayer? Pretty much non-existent, with ODST only including a few Halo 3 multiplayer maps (which no one ever played) and the new ‘Firefight’ mode, a multiplayer version of ‘Survival Mode’. While Microsoft and Bungie were trying to conquer the single-player market with Halo 3: ODST, a relatively low-key franchise (in the console circles at least) known as Call of Duty was gaining serious momentum. However, Bungie had one more Halo title waiting in the wings and it seemed their reign of dominance in the multiplayer market would continue.

Well, that was my naive opinion before I played Halo: Reach.

I harken back to this Bungie ViDoc titled Carnage Carnivale. This ViDoc pre-dated the Halo: Reach beta and showcased the new armor abilities. As stated in the video, the beta was meant to collect feedback, find breaks in code, and perform balancing tweaks. Unfortunately for players, their suggestions seemed to fall on deaf ears. The overpowered Armor Lock ability, which is excitedly proclaimed as ‘super powerful’ and ‘insane’ around the 03:45 mark of the ViDoc, made its way to retail release. For the uninitiated, Armor Lock granted temporary but complete invulnerability from EVERYTHING. If you were about to get hit with a rocket, Armor Lock let you live. If you got stuck with a plasma grenade, Armor Lock absorbed the explosion. If someone was about to kill you with the sword, Armor Lock deflected the lunge. On the cusp of being killed? No worries, Armor Lock will give plenty of time for reinforcements to assist. To solely blame Armor Lock for Halo: Reach ‘s failings would be short-sighted. I haven’t even delved into bloom, sprint, and jetpack. Even Reach’s expanded Forge Mode had the unfortunate side effect of making the paid DLC worthless with players voting for custom maps over DLC in matchmaking. To this day, I haven’t played a single map on the Defiant Map Pack in matchmaking. It was quite obvious after playing Halo: Reach for a couple of weeks and seeing the ‘Occupy Halo 3 ‘ posts that it didn’t match up well against Call of Duty. 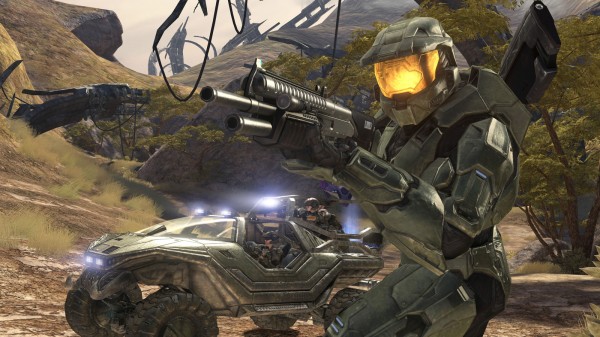 This past November, Halo 4 was released with a new developer at the helm and some stiff competition from Battlefield and Call of Duty. While the initial population was quite high, it has taken a steep decline in recent months. Part of this can be attributed to the less-than-stellar reception of the ‘casual friendly’ gameplay elements such as ordinance drops and sprint. Spartan Ops, the co-op story mode that would be the new ‘water cooler’, was ultimately a unique but dull experience. The uninspired Crimson Map Pack DLC, created by what I assume are now unemployed map designers, did little to stimulate a sagging population. And yet, despite its shortcomings and modest ranking on the XBL charts, I feel very optimistic for the future of the Halo franchise.

Beginning with Halo 4’s multiplayer, 343 Industries has done a lot of listening and incorporating community feedback into the game. The post-launch vacation may have been a bit too long for some, but there’s no arguing once they got around to making changes, the community has responded positively. It began in February where they rebalanced the Boltshot range. Some still argue that the Boltshot should no longer be a starting weapon, but by and large no one has asked for the range to be reverted. When Forgers wanted a larger space to craft their levels, 343 released Forge Island for free despite Forge creations competing directly with their DLC revenue. After months of testing, the weapon rebalancing update was launched in June making primaries (other than the DMR) useful. Right around the corner, 343 is bringing back Halo 3 favorite ‘The Pit’ with the Champions Bundle DLC. And all the while, 343 has been adding and updating Matchmaking playlists such as Grifball, Action Sack, Multi-Team, and more. Lost in all the backlash, Halo 4 is the best looking X360 multiplayer title with a rock-solid framerate, something Bungie didn’t achieve on the X360 hardware for any of their titles.

On the ‘story-content’ side of things, I liked 343’s take on the Prometheans and found them to be far more interesting enemies than the Brutes. Unlike others out there, I found Halo 4’s story (minus the ending) to actually be quite captivating, mainly because of the constant duress Cortana was under. And while Spartan Ops missed the mark, I applaud 343 for trying something so ambitious and believe they’ll hit paydirt on their second crack at it. 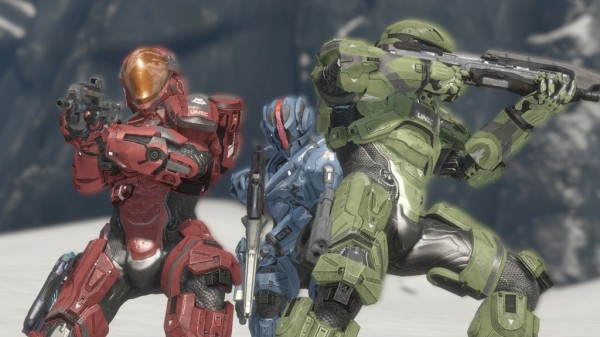 Has Halo lost its edge? A bit — otherwise it would be near or at the top of the XBL charts. The Modern Military shooters rule the roost at the moment, but Halo isn’t disappearing anytime soon. In comparison to titles like Gears of War: Judgement , which can sooner be found at a used game store than the ‘Top 20 LIVE Titles’ , or fatigued franchises like Resident Evil and Final Fantasy, I’d say Halo is in a pretty enviable spot at the moment. Microsoft appears undeterred by the criticism banking the series is popular enough to warrant another sequel and a new TV show.

So please, can we stop with the ‘Occupy Halo 3 ‘ movements already?