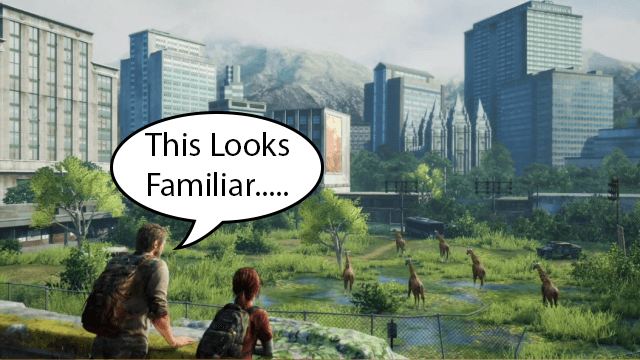 A question was posed to me recently during a conversation that I was a bit surprised I didn’t have a great answer to:

“Well, what’s a really great next-gen only title?”, he asked.

When I arrived home later in the day, I checked through my current collection of PlayStation 4 titles only to find nothing that stood out as a definitive next-gen experience. Most of the titles I’ve downloaded off PSN could easily be purchased and played on any semi-competent PC built in the last half decade. There are some PS4 exclusive titles providing some nice visuals, but they don’t provide a gameplay experience worthy of investing in next-gen. Even multi-platform titles like Battlefield 4 are too frustrating to play to make a solid recommendation. Having some time to sit back and evaluate my purchase, the leap to next-gen really hasn’t been worth it thus far.

This leaves me to ponder: when is this generation of consoles going to live up to the next-gen promise?

Having played the alpha and dabbled in the beta, Destiny is easily my most anticipated title releasing this year. If you’re looking for glimmers of hope for this Holiday’s lineup, this is the only apparent shining star. The familiarity with the Halo-inspired gunplay no doubt bodes well for the competitive multiplayer component, but what really has me excited is Bungie’s ambition with their single-player and co-op component. Take the looting craze of Borderlands and Diablo, mix it with a player connected hub akin to Guild Wars, and top it off with a captivating sci-fi narrative from the makers of the Halo universe. Bungie isn’t just looking to make the definitive multiplayer experience. They have their sights set on a completely engrossing single-player experience that will make you never want to push the eject button, no matter what you’re in the mood for.

Beyond Destiny though, the remainder of this Fall’s AAA lineup leaves me entirely underwhelmed. Another year, another Call of Duty. Battlefield Hardline has thankfully been spared from the yearly Holiday cycle for more polish. Based on the E3 beta, it was playing out more like a cops and robbers skin on BF4 than a full-fledged $60 title. If you thought Ubisoft wouldn’t arrive for the Holiday release party, fret not! They’ve graced us with another open world title devoid of substance  with more Assassin’s Creed. For next-gen gamers — or at least the ones who bought into the notion of new experiences — how are these releases any cause for excitement? All of these gameplay formulas have been thoroughly explored this past generation, and don’t appear to be exploring new avenues or taking any risks this generation.

What these titles do have going for them on next-gen platforms is increased resolution and framerate. But if that was all players were looking for, wouldn’t they be just as content with a PC? What is your take on this generation so far? Do you think buying into Microsoft and Sony’s new machines at launch was worth it? Do we need to wait until Holiday Season 2015 or beyond before developers really start pumping out the next-gen goodness? Let us know in the comments below.

Destiny Beta Now Open To All Players on Xbox and PlayStation, No Code Needed