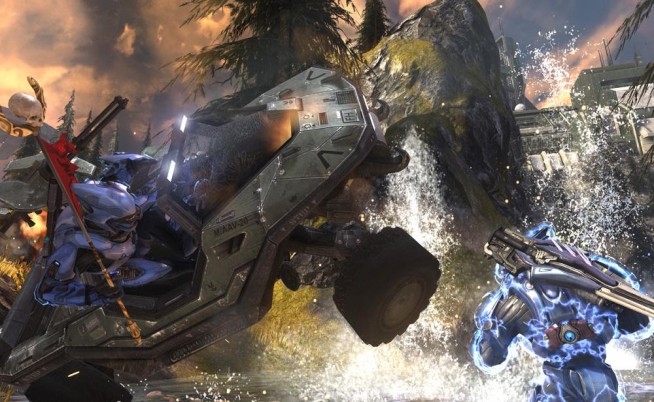 There’s no denying, unless you’re crazy, that Halo is a game that revolutionized single-player storytelling and multiplayer before the reigns were taken by the likes of Battlefield and Call of Duty.  As a ten-year veteran of the franchise, one iteration stands out among the rest, and that is Halo: Reach.  Halo: Reach is the culmination of ten years of love and labor by the brilliant minds at Bungie Studios, providing an experience that is yet to be challenged.  Two years on, Halo: Reach is still the greatest multiplayer experience that everyone should revisit, here’s why.

The Battlefield 3 forums are currently rife with player concerns over MAV exploits, overpowered weapons, and the ability to spam mortars in one’s own spawn point, providing exploiters an unfair advantage against unsuspecting players oblivious to these exploits.  Modern Warfare 3 is no exception, as some express their outcry of aggravation regarding spawn trapping allowing exploiters to rack up an unprecedented amount of kills and killstreaks.  The existence of boosters for both games are also a tell-tale indication that there are fundamental flaws when it comes to balance.  Halo: Reach on the other hand has always been defined by balance.  There are rarely any cheap exploits in Halo: Reach that provides a player with an unfair advantage, aside from being knowledgeable about map layout, weapon layout, use of grenades, and the use of melee attacks; it encourages players to think and adapt from their shortcomings.  Halo has always been about rhythm, flow, and timing where one mistake can mean the difference between winning or losing.

Players used to the ‘Run and Gun’ style of combat associated with Call of Duty would probably not survive a firefight in Halo: Reach.  Since it takes longer for players to dispatch an opponent,  Halo requires players to be methodical in their approach when dealing with a single enemy, or a group of enemies.  Much like Battlefield in team based gametypes, teamwork is crucial as is with choosing a preferred loadout comprised of Armor Lock, Sprint, Hologram, Active Camouflage, Jetpack, and Evade.  As a new addition to the Halo franchise, understanding the pros and cons of each loadout is a vital component of planning your options depending on the maps, techniques employed by other players, and the skill level of each player with their chosen loadout.  Loadouts in Halo: Reach also promote players to adapt to the ever-changing strategies utilized by teammates and the opposition, requiring them to think quickly on their feet.

In correlation with strategy, proper use and acquisition of certain weapons in Halo: Reach can dictate team dominance in the field.  As with classes, weapon variations have always been important in catering towards a gamer’s preferred playstyle.  While contemporary shooters today provide players with an overwhelming number of different weapon choices and accessories, Halo: Reach keeps it simple.  Assault rifles are useful for taking down shields while precision weapons such as the DMR, pistol, and needler rifle are useful for engaging targets from mid to far range.  This simplicity induces players to experiment with each weapon and to come up with a combination that they are most comfortable with.  Power weapons placed in specific parts of the map are also provided to give the wielder an advantage to turn the game around, or to simply crush the other team.  Again, a given situation on the battlefield dictates what weapons the player should use and whether they should risk acquiring power weapons to come out on top.

Think that Battlefield 3’s knifing mechanic is cool?  Assassinations are another new feature for the Halo franchise, allowing players the ability to knife or bash an unwary opponent.  While very tempting, assassinations does have its cons as it can leave a player vulnerable to enemy fire for a few seconds.   However, the ability and prospect of assassinating a player, in midair for example, provides a level of satisfaction that cannot be matched.

As most Battlefield 3 players await the hopeful inclusion and return of Battlerecorder, Halo has always been one step ahead.  Replays have become an important factor for many players to understand maps, weapon placement, flanking routes, and so-called hot spots.  Not only does it provide players an incentive to play better and be creative, it also encourages them to revisit ‘holy shit’ moments to share with their friends and fellow gamers.

Whether it be local split-screen, system link, or Xbox Live, Halo: Reach has it all.  With the inclusion of 4-player co-op and firefight, there is nothing quite like enjoying a gameplay experience with three of your fellow Spartans fighting alongside with you.

In Retrospect, Halo: Reach is a timeless masterpiece that is sure to inspire and excite gamers and developers for future generations to come.  So do yourself a favor, re-examine Halo: Reach.  What awaits you may surprise you yet again.

Make sure to check out MP1st’s retrospective review of Halo: Reach.