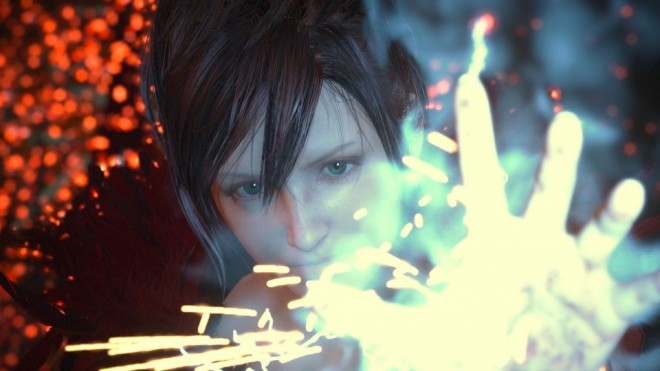 There is no denying that consoles are designed specifically to make the user experience as simple as possible. That is their purpose and it’s why they’ve been so successful over the past 20 years. With a console, there are no hardware upgrades (short of buying newer consoles), there are no drivers, peripherals are all plug and play, games are readily available from several outlets, and they are designed to be plugged into whatever TV system is popular at the time they’re released. Consoles, by their very nature, are designed to be 1 time purchases. The end result is a simple device that does a lot of what gaming PCs do for less money and hassle, plus (recently anyway) they can replace your DVD/Bluray player, Netflix box, and home audio solutions. This simplicity and functionality has taken console gaming from a niche market to the biggest gaming market around.

But times are changing.

The leap from the days of the SNES and Genesis to the Playstation and Gamecube marked a major technological leap in graphics and gameplay complexity. Games with true 3 dimensional graphics and high quality audio became the standard. The Xbox 360 and PS3 brought console gaming into the HDTV arena, in addition to bringing the power of the internet to the average console gamer. The PS2 did this quite well, but the connectivity was a peripheral and broadband internet was a rarity in most homes at the time. So what are the “Xbox 720” and PS4 going to offer to keep them relevant?

Currently, I’m building my own gaming/workhorse computer. When all is said and done, it will be several times more powerful than current console hardware and will easily outpace the next generation of consoles in every “power/capacity” regard. In total, I’m spending around $900 on this PC. $900 might sound like a lot, but considering the next-gen consoles are probably going to debut for ~$500-$600, be half as powerful, and not upgradable, I think it’s a perfectly reasonable alternative to buying new consoles when they come out. The main reason, however, for building your own PC instead of buying the new consoles is 4K UHD. 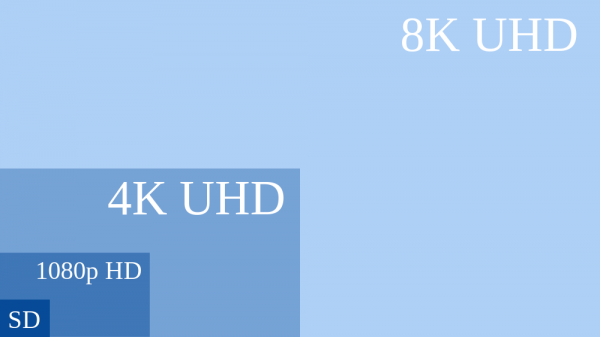 My concern is that the next-gen consoles won’t be able to support 4K UHD output and that when 4K UHD TVs become the standard, either the console makers will have to release brand new systems or will get killed off because the consoles on the market will look like garbage on most TVs (higher-end 4K UHD TVs will provide decent upscaling, but those TVs will be absurdly expensive). All of this of course depends on how quickly affordable 4K UHD TVs become available. If they become the standard right after the consoles release and the consoles can’t keep up, new hardware will have to be developed. If it’s a few years down the road after the new consoles release, the transition will be more gradual and less expensive.

Based on current hardware trends, computing power gets about 20% faster every year. Considering that the current consoles have just barely managed to stay relevant by just barely supporting 1080p, I’m worried that next-gen consoles will only last for a few years rather than the 7-10 that the current consoles have been out for. What this means is that the $500-$600 price tag for consoles is only going to drop to about $400 at the end of a console’s shelf-life. Considering consoles are selling for around $200 now, I’d say that’s a pretty significant jump in cost-per-lifespan. The point is that consoles are going to be expensive for longer, which means less holiday savings, which means less sales overall (this is why the Wii was such a success, it was cheaper and more family friendly, despite being inferior graphically).

In other words, unless the next-gen consoles support 2K or 4K UHD for $600 or less and their price drops to under $400 within 4 years of their release, they’re going to be paperweights when UHD TVs become the standard. This could spell the end for HD console gaming. Mobile gaming is becoming more and more popular and it looks like it’s poised to replace consoles as the defacto gaming system in our homes. What purposes current consoles serve will be replaced with all-in-one media hubs built into TVs or standalone boxes like the Apple TV. Gaming will either be done on a mobile device or a custom built PC. And gaming will go through a major change over the next few years. Of course consoles will always be less powerful than current PC hardware, but they’ve always managed to be comparable. If they don’t support 4K UHD, however, their lack of horsepower isn’t going to be ignorable this time around.

Essentially, hardware and hardware standards are improving much faster than they were 10 years ago and the idea of a single device lasting more than 5 years these days is pretty absurd. After all, there’s a new iPhone every 6 months. Consoles can’t keep up with the new faster hardware upgrade cycle without either being more expensive upfront (future-proofing with high-end hardware) or being modular (upgradable over time as hardware improves). Both option defeat the purpose of the console in both price and ease of use.

To prevent the demise of the consoles, their makers need to support at least 2K UHD out of the box for the next-gen system OR provide an optional upgrade when 2/4K UHD becomes the standard in most homes (think the Wii’s Motion Plus or Xbox’s Kinect) that can be bundled with the core system for the holiday season. Current consoles are already serving plenty of home entertainment content, so those services just need to expand and become more streamlined. Hopefully Microsoft, Sony, and Nintendo are paying close attention and have plans to support future hardware improvements in a way that’s cost effective and efficient. If they aren’t, they’re screwed.

What are your thoughts? Let us know in the comments!

I've been a gamer since before most gamers were born. Now a full-fledged member of the PC Master Race, I'm enjoying all the best games from both AAA and Indie developers in glorious 1440p. Praise Gaben and may the Steam deals be ever syphoning funds from your life savings.
Features 2K UHD, 4K UHD, Featured, PC, PS3, PS4, Xbox 360, Xbox 720
view related posts
HOT MULTIPLAYER GAMES
& UPCOMING RELEASES