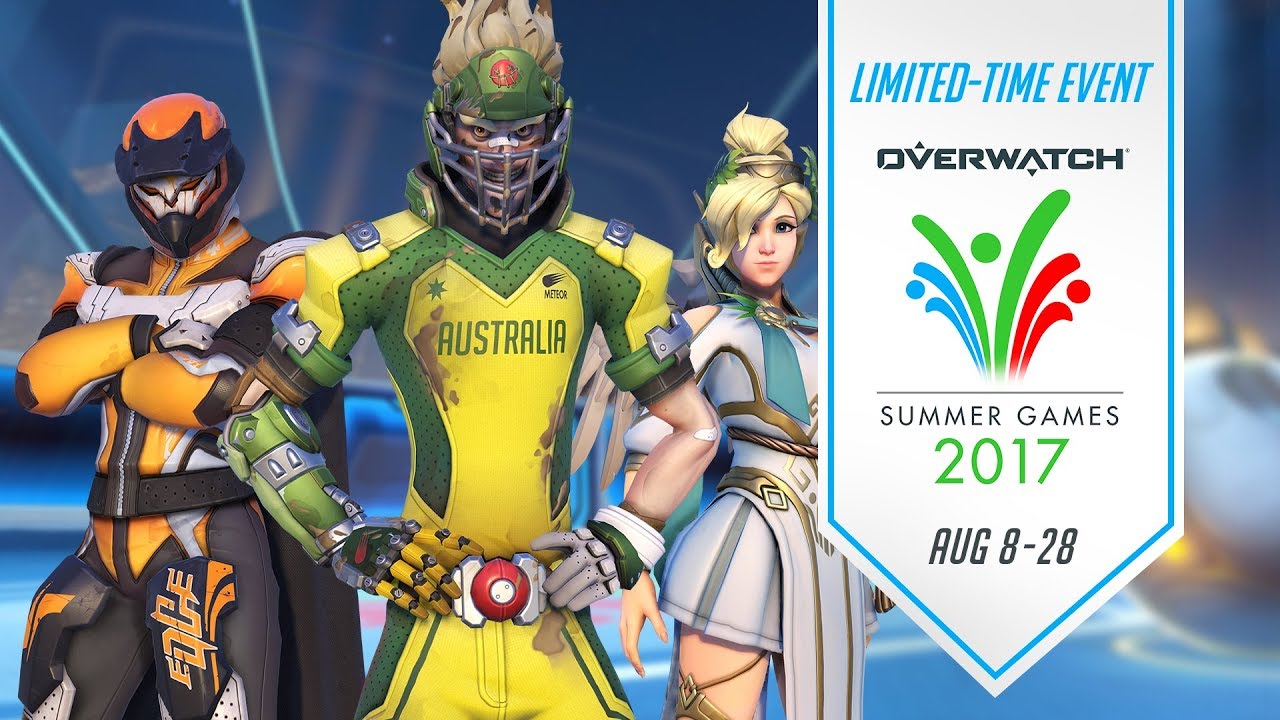 The Overwatch Summer Games are back for 2017! Featuring 50 all-new season items and gear from 2016’s event, there’s a hell of a lot to unlock during the summer period.

The Summer Games return for more fun in the sun! This year, we’re celebrating the spirit of competition with a new Lúcioball arena, leaderboards, and competitive play. Unlock over 50 new seasonal items—including legendary skins like Mercy’s Winged Victory, Grillmaster: 76, and Lifeguard McCree—alongside all your favorite summer gear from last year.

What’s more, the Lúcioball game mode is back!

Our 2017 Summer Games event wouldn’t be complete without a display of athletic expertise, so we’re bringing back Lúcioball—and it’s better than ever! This futuristic spin on soccer places you in a fast-paced 3v3 match in Rio de Janiero’s beautiful Estádio das Rãs or on a brand-new pitch located in the Sydney Harbour Arena.
Players can choose between two modes: Lúcioball and the all-new Copa Lúcioball, which offers a more competitive experience with placement matches, skill ratings tiers, leaderboards, competitive points, and more.

Check out this slideshow on the new skins unlockable during the Summer Games:

You can preview the various new highlight intros and emotes over here on the official Overwatch page.

So that’s what’s available during the Overwatch Summer Games 2017. Will you be taking part in the events? Going to give Lúcioball a go?