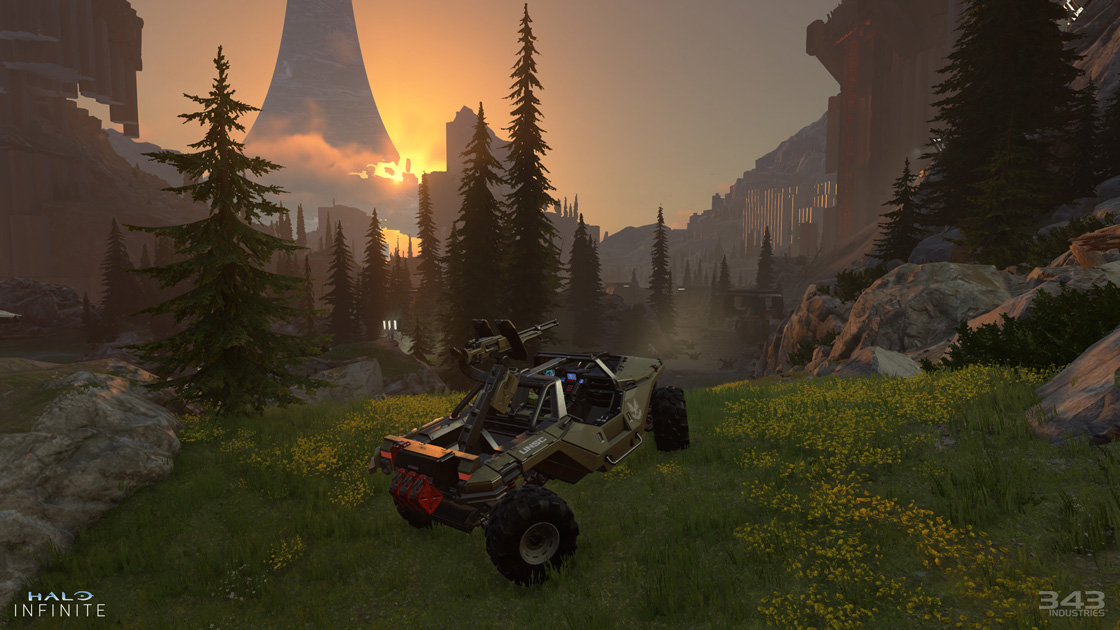 In case you didn’t know, 343 Industries is going the open-world route with Halo Infinite. While bits of it were revealed during the gameplay debut, fans still have no definite idea how big the Halo Infinite campaign will be. Thankfully, 343 has spoken out about it and fans are in for a treat.

According to 343 Industries Studio Head Chris Lee, the Halo Infinite campaign will be “several times larger” than the studio’s last two canpaigns put together!

The campaign in Halo Infinite is the most ambitious campaign we have ever created in a Halo game. It’s this open, expansive experience for players, and it’s several times larger than our last two campaigns put together. I think the way to think about it is this is Halo’s take on open gameplay and what kind of providing the player with unprecedented levels of freedom can feel like. We really wanted to capture that moment of players being able to kind of feel what it would be like to be on a foreigner ring and unlock secrets and kind of new equipment or upgrades along the way as they’re playing through the campaign. And I have one way to kind of give them more concrete examples when you’re looking at the demo. We showed and you’re on the elevator looking out over that vista. There’s a ton of the ring that you can see there and that is just part of the space that players will be able to explore and where Master Chief’s story will take you throughout our campaign experience.

Lee compares it t0 taking Halo CE, and “knocking the walls down” and then giving players freedom to explore on their own.

I don’t know about you, but unless Lee was referring to Halo Wars or some other non-mainline Halo entry, mentioning how it’s several times larger than the last two campaigns put together means Halo Infinite will be one meaty meaty even without the multiplayer factored in. Of course, this is to be expected somewhat given players can form a four-man team to take on the campaign online.

Halo Infinite is set to assault the Xbox One, Xbox Series X and PC sometime this holiday.