In a recent “Letter From The Chairman,” studio head Chris Roberts detailed the newest additions to the game made possible by the recent achievement.

“Additional funding from the $42 million level will go to expanding the website area of the Galactapedia: expect to see holographic ships, items and navigation interface in 3D! Imagine admiring your ships or planning your loadouts right here at the RSI website.”

“Every player who backed before we hit $42 million will start the game with their own, visually distinctive mobiGlas ‘ExoGlas’ rig which can be used to access the Observist at any time. I’ve charged the mobiGlas team with a very difficult task: creating a realistic interface that will help keep your affairs in order in an expansive galaxy. It’s almost like building our own in fiction operating system for an imagined future, and it’s very different task than building spaceships. This backer-exclusive mobiGlas kit will come pre-loaded with additional galactic information that new players would ordinarily need to explore or barter to fill out; it’s our way of honoring the information you’ve collected about the Star Citizen universe through the RSI site and community over the past year.”

“The Squadron 42 team will develop an additional fighter for the game, the Aegis Dynamics Gladius-class light fighter. The Gladius will be the first fighter built entirely from concept to CryEngine in the UK! Here’s the official description: The Aegis Gladius is the UEE’s reigning light short-range patrol fighter. A single-seat ship with no room for expansion, the Gladius is fast, maneuverable and capable of punching far above its weight. The main advantage to the design is simplicity: cheap to produce, easy to repair and outfit and quick to train new pilots on. The Gladius is an aging design nearing the end of its life-cycle, although iterative updates have kept it the most nimble fighter in the active fleet.”

“And of course, everyone who backs before we hit $42 million will also receive a towel for their hangar. Don’t explore the galaxy without it!” 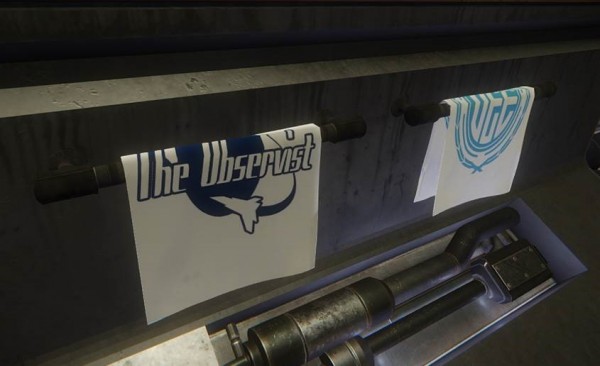 For those who didn’t quite catch it, the last item is a reference to The Hitchhiker’s Guide to the Galaxy, in which the number 42 plays an important role.

Last weekend, at PAX East, RSI offered a real good look at Star Citizen’s dogfighting module, which you can can check out for yourself right here. If that wasn’t enough, anxious fans can look forward to more unseen footage in the near future. “We’ll be sharing some additional footage later in the week to let everyone see what we weren’t able to show at the event,” said Roberts.

Star Citizen is headed to PC sometime in 2015.