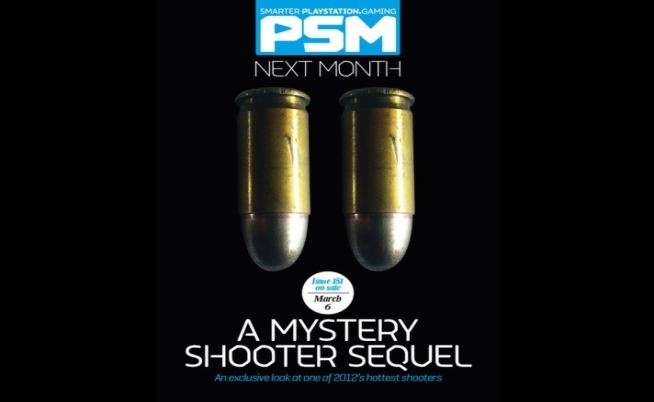 “A Mystery Shooter Sequel” to be Revealed Next Month, Black [Ops] 2, Medal of Honor 2, or What?

UK based PlayStation magazine, PSM3, has teased an image of the magazine’s March issue. PSM3 will reveal a “mystery shooter sequel” on March 6th.

Let’s rundown the possible shooters that could receive a squeal this year,

Black Ops 2: Considering Activision’s MO of debuting Call of Duty titles in May, it is highly unlikely that our mystery shooter is Black Ops 2.

Medal of Honor 2: EA could use a relatively early reveal to build hype for their next FPS, most probably Medal of Honor 2, that will go toe-to-toe with the next iteration of Call of Duty.

Other possibilities: Black 2, Bulletstorm 2, and MAG 2.

What did we miss? Guess away in the comments’ section below.