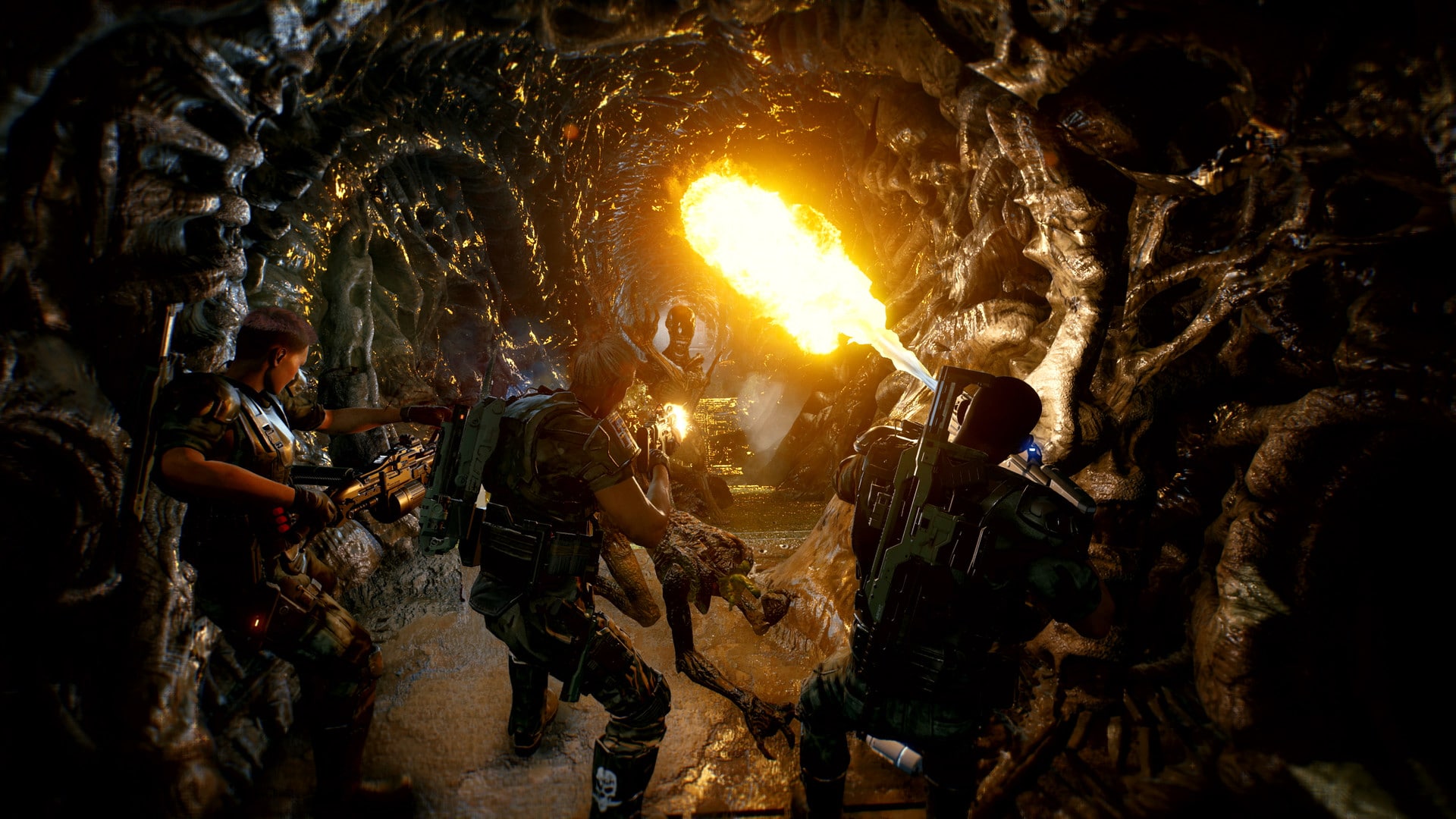 For players who were impacted by the rare issue where some progress and access to some of the base Class Kits was lost, we have implemented the following solutions to compensate for that occurrence:

Based on save file information that was not impacted, we are able to reward all impacted players the following: (please note, the following is only applicable if you have not deleted your save file.)

Based on calculated progress, players will also receive the following, additional items:

PLAYERS WHO HAD NOT COMPLETED THE FULL CAMPAIGN AT THE TIME OF THE ISSUE WILL ALSO BE GIVEN:

PLAYERS WHO HAD COMPLETED THE FULL CAMPAIGN AT THE TIME OF THE ISSUE WILL BE GIVEN THE FOLLOWING ADDITIONAL ITEMS:

IN ADDITION, CERTAIN PLAYERS WHO HAD ACHIEVED A NEARLY-COMPLETE COLLECTION OF COSMETICS, ATTACHMENTS, AND GUNS WILL RECEIVE THE FOLLOWING:

In addition, players who had obtained exclusive cosmetics from the completion of Horde Mode on higher difficulties (such as the Horde Slayer skins and headgear) should find those items restored.